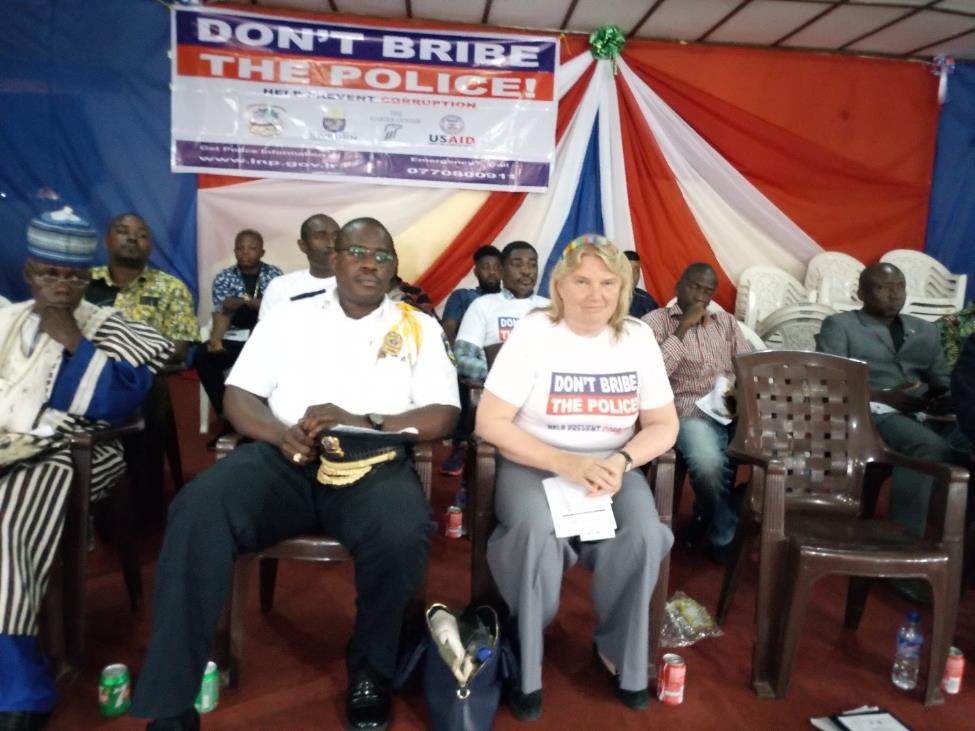 KAKATA, Margibi â€“ The Liberian National Police, in partnership with the Carter Center, has taken its anti-bribery campaign to Margibi.

The nationwide launch of the â€œDonâ€™t Bribe the Policeâ€ campaign was held last month in Monrovia in a bid to discourage the police and members of the public from compromising the rule of law by accepting and giving bribes.

The daylong outreach in Kakata is part of an effort to disseminate the message across the country. The program brought together members of society including chiefs, elders, community leaders, the media, and the civil society among others.

Speaking during the occasion, the Carter Centerâ€™s country director, Pewee Flomoku, said the Swedish Embassy-sponsored project aims to build trust and confidence in the police as well as helping shed the negative public perception about the police.

He said the police and the community both need to work together to fight crime as the police cannot be everywhere at the same.

The Liberia National Policeâ€™s Inspector General Gregory Coleman, who was also present at the event, reinforced the message that if citizens lack the trust and confidence in the police, it would undermine the legitimate mandate of the force.

â€œAnd the legitimacy can only come if there are trust and confidence and thatâ€™s why weâ€™re taking steps in the right direction to ensure that we build the trust,â€ Coleman said.

The inspector general said his administration would ensure that the police do not take bribes but he emphasized that the public had a responsibility to avoid giving bribes as well.

â€œYouâ€™ve got to agree not give [bribes] and we will ensure that they donâ€™t take it,â€ he said.

Coleman said the police would soon be launching a mobile application for the public to report police misconduct using a smartphone instead of having to file complaints in person.