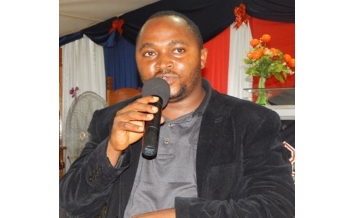 UNIFICATION CITY, Margibi â€“ The Partnership for Research on the Ebola Vaccines in Liberia or PREVAIL, a Liberia-United States joint clinical research program, has launched a five-year Ebola natural study in Liberia. The program was started on July 2 in Unification City.

According to the PREVAIL Media Lead for Liberia, Hassan Kiawu, the program is aimed at understanding the range of health problems people face after surviving from the Ebola virus. He said it is the third study being done by the group.

Kiawu told The Bush Chicken during the launching ceremony that the partnership is a collaboration between the Ministry of Health and the United States Department of Health and Human Services.

â€œThe partnership will study Ebola and other infectious diseases in Liberia and develop Liberia clinical research capacity,â€ he said.

Due to the knowledge that Ebola survivors cannot be re-infected with the virus, Kiawu said the study will assess immune responses to the virus and evaluate the potential risk for the virus to be transmitted sexually.

He saidÂ approximately 7,500 people will be enrolled into the study.Â â€œThis will include about 1,500 Ebola survivors and about 6,000 who are their close contacts or sexual partners,â€ KiawuÂ said.

He said persons of any age in the country who have had Ebola and survived could join the study.Â Participants in the study will be asked questions about their health and receive a physical exam by a physician that includes vision screening.

â€œThey also will have some blood drawn so laboratory tests can be done as well,â€ Kiawu said.

He added that participants may be asked to visit the clinic for follow-up visits, every six months for up to the five years of the study duration. Participants identified as having health problems might have additional tests and a course of treatments recommended by a physician.

Participation in the study would be voluntary and unpaid. However, an inconvenience fee and transportation reimbursement will be provided.

Furthermore, he said that risks of participation are anticipated to be minimal. The study has begun at the John F. Kennedy Memorial Hospital in Monrovia while three centers are being opened at the Redemption Hospital, Duport Road Health Center and the C.H. Rennie Hospital in Kakata.

Patrick Farley, the President for Ebola survivors in Liberia has welcomed the study.Â Farley said the study would help Ebola survivors in the country understand and solve post-Ebola syndromes. He said that most survivors are suffering from poor eyesight, hearing and other health problems.

Josephine Karwah, an Ebola survivor in Margibi, has promised that she will participate in the study along with some of her family members who were affected and provided her with care during her illness.

â€œI want to say here that I, Josephine, along with some of my family members, and close contacts will participate in the study,â€ she said.

â€œThe county health team is fully in support of this exercise,â€ he said.

Saah said the health team was designating some its officers to work directly with PREVAIL in ensuring a successful implementation of the research.