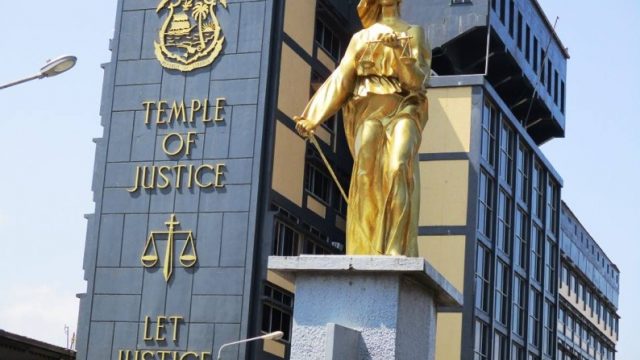 The presiding judge of Criminal Court B, Ceaineh Clinton-Johnson, is calling for a change in the provision of the Judicial Law which gives the Executive Branch appointing powers over stipendiary magistrates.

The Supreme Court of Liberia has ruled in favor of an American-based Liberian attorney, Alvin Teage Jalloh, in the landmark case Jalloh v. Republic of Liberia, in which the court interprets the constitutionality of Section 22.1 and 22.2 of the Alien and Nationality Law in favor of Jalloh, and against the Liberian Embassy in Washington, D.C.

Chief Justice Francis Korkpor has cautioned the government against implementing a pay cut for officials of the judiciary.

Paul Jarvan, who served as public defender in Grand Bassa for more than a decade, has resigned his post.

Supreme Court Chief Justice Francis Korkpor has disclosed that the judiciary is facing serious financial challenges, which are hampering the courtâ€™s ability to function.

The resident judge of the Second Judicial Circuit Court has warned judicial actors against unethical behavior to extract money from citizens.

The Press Union of Liberia is calling for reforms in the Liberian constitution in order to enhance the independence of the judicial branch of government, following the impeachment of former Associate Justice Kabineh Jaâ€™neh from the Supreme Court.