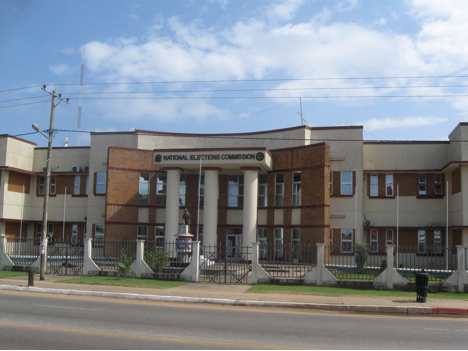 MONROVIA, Montserrado â€“ Progressive provisional candidate listing released by the National Elections Commission indicate that the number of female candidates so far cleared to contest in the October 10 elections is very low.

In keeping with its electoral calendar, NEC released the Provisional Candidate Listing on July 14.

The list indicates that there are 19 political parties so far participating in the elections, six of which had already presented candidates for the president and vice president positions. The parties include the All Liberian Party, Coalition for Democratic Change, Liberia Transformation Party, United People Party, Unity Party, and the Movement for Democracy and Reconstruction.

Candidates for the six political parties are all males. However, the Coalition for Democratic Change, the Movement for Democracy and Reconstruction, and Liberia Transformation Party have vice standard bearers who are females.

Barring any revelations that could disqualify them, the 783 candidates are temporarily certified to contest the October polls. However, only 123 (15.71 percent) of the provisional candidates are females.

The new elections law provides that a political party or coalition submitting its candidates for an election should endeavor to ensure that the governing body and its list of candidates have no less than 30 percent of members from each gender.

However, no political party in the coalition has so far met the gender requirement.

United People Party has the highest number of female candidates. Of the 63 candidates that are temporarily cleared to contest on its ticket, 15 of them are women, constituting 23.81 percent, the highest so far among political parties and coalitions. The Alternative National Congress, which is the next party that has more women candidates has 14 females from 66 provisional candidates.

Vision for Liberia Transformation carries the lowest percentage of female candidates, with no women on its ticket so far from the 16 candidates it is featuring. It is followed by the Movement for Progressive Change, which has only one female candidate from a list of 20 provisional candidates.

It is alarming that the party that brought Africaâ€™s first elected female president, Unity Party, is not in the top five of parties with the highest percentage of female candidates. In fact, only one of the major parties placed in the top five: the Alternative National Congress, which had 21.21 percent of its candidates as women â€“ good enough for second place.

Liberiaâ€™s 103 legislative seats are currently occupied by 11 women, which means only 10.7 percent of lawmakers are women â€“ a figure that is staggering in a country that celebrates electing Africaâ€™s first female president.

Because a political partyâ€™s infrastructure can help to support a candidateâ€™s rise to power, the National Elections Commission had told The Bush Chicken in an earlier interview that the commission was hopeful that political parties would act in good faith to achieve the gender requirement.

The new elections law also requires that a political party or coalition must provide candidates for at least half of the total constituencies. A few parties have not yet met that requirement.

Change Democratic Alliance has fielded candidates in only six out of the 73 districts. Victory for Change and Vision for Liberia Transformation are also lagging, with 10 and 16 candidates, respectively.

So far, the Alternative National Congress, the little-known United People Party, and Liberty Party have the highest number of candidates, with 66, 63, and 60 provisional candidates, respectively.

The National Elections Commission says the list will likely increase because the deadline for nominations was extended until July 21.

â€œThe Provisional Listing remains progressive up to the end of the nomination period, followed by Final Listing,â€ the agency disclosed in a press release.

â€œThe commissionâ€™s reliance for the extension was rooted in solidarity to female candidatesâ€™ participation in the election process in relation to 30 percent gender balance and the political partiesâ€™ requirement of feeding no more than 50 percent of candidate seats up for grasp.â€

The commission said it is also considering ongoing legal process at the Supreme Court involving it and some aspirants and political parties.

The Supreme Court has begun hearing appeals by Liberty Party and the Alternative National Congress, whose respective vice standard bearers, Harrison Karnwea and Jeremiah Sulunteh, were rejected by the National Elections Commission.