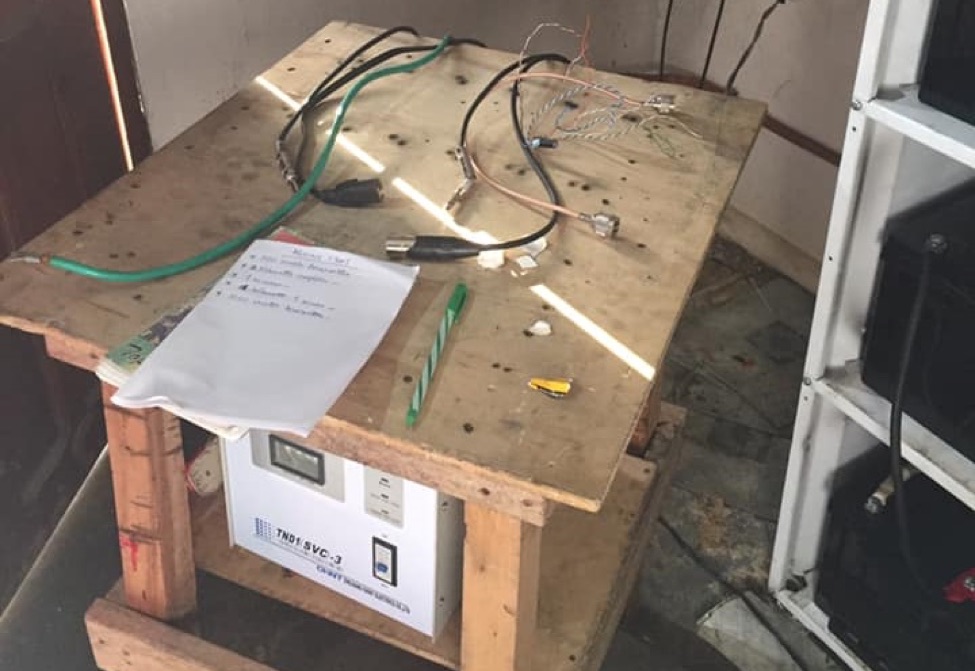 MONROVIA, Montserrado â€“ Roots FM, host of the popular Costa Show, has suffered its second attack in less than two weeks, according to CEO and talk show host Henry Costa.

Fidel Saydee, a staff of the station and co-host of the Costa Show, reported on Monday on the stationâ€™s Facebook page that criminals had burglarized the station on Sunday, February 10 and taken away two broadcast transmitters (100 and 500 watts), a 2-kilowatts amplifier, a mixer, and a receiver.

â€œWhy all these attacks on Roots FM?â€ Saydee wrote.

This came after Costa reported that gunmen pretending to be technicians had caused damages to the stationâ€™s transmission lines during the early morning of February 1.

Costa, who earlier announced support for President George Weah after the 2017 runoff presidential election, has since withdrawn his backing for the president and his administration, claiming that the government was proceeding wrongly.

Since late 2018, the talk show host has continued his fierce criticism of the president and his officials, accusing them of being unqualified to run the affairs of the country while at the same time practicing dictatorship.

During his show, he criticizes the president and his officials being involved with property rush, thus depleting the countryâ€™s treasury for personal aggrandizements which he believes is causing more sufferings to the Liberian people. He has also continued to host members of the opposition political parties and entertain comments against the government during his show.

He has also criticized the attacks on his station and suggested that officials of the government and the Coalition for Democratic Change were responsible.

â€œThey broke the iron door, they put the watchmen under gunpoint. They went inside and took all of our equipment,â€ he said in a live Facebook broadcast on Monday.

â€œAnd they think that by doing that, Iâ€™m not going to be on again. Two attacks in less than a month? Youâ€™re mistaking. We will be back on the radio. You can do whatever you want to do. Iâ€™m not going to give up. You all are pawns and cowards, and your bosses are just stupid people.â€

He said the attacks should concern all citizens, whether they are supporters of him or not. According to him, what happened to the station is wrong and scaring.

â€œThe reason why theyâ€™re attacking me now is because theyâ€™re afraid of me the most. This is an act of cowardice on their part,â€ he also said.

He stressed that the attacks on the station indicate the governmentâ€™s incapability to counter what he says on the radio.

â€œI told you people during the elections, that we were headed for a dictatorship, where they will try to muscle us and stop us from speaking. And some of you just thought that I hated the CDC people. I donâ€™t hate anybody. This is exactly what we have â€“ we have a dictatorship on our hands and they will do the best they can to suppress those who criticize them,â€ he also said.

He, meanwhile, threatened to hire men and provide them guns to protect the stationâ€™s facilities against anyone who will attempt to carry out such attacks in the future, noting that the state has failed to provide security.

Costa recalled that at no time his station was attacked in such manner under the regime of former president, Ellen Johnson Sirleaf, which he also fiercely criticized for six years.

â€œThey shut us down using the law which was a travesty of justice, but to get to the point where they would send gunmen â€“ armed men â€“ to take our equipment awayâ€¦,â€ he said.

The management reported that the incident took place around 3:00 a.m. on Sunday. 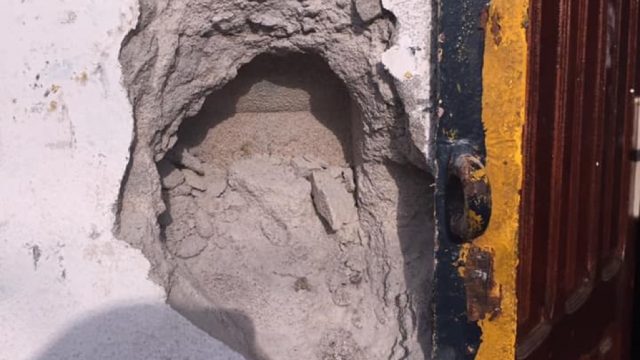 Several Liberians on Facebook have condemned the attack and are showing strong support to restore the stolen equipment through donation through a GoFundMe campaign launched by the management to raise US$15,000. In 23 hours, the campaign had raised US$14,279.

Recently, the Senate concurred with the House of Representatives to pass the Kamara Abdullah Kamara Act of Press Freedom, decriminalizing libel and other media related offenses. However, supporters of the ruling party and the administration have often been hostile to the press. Numerous verbal attacks against media outlets and the governmentâ€™s continual refusal to grant Punch FM and other outlets authorization to operate has led some to criticize the governmentâ€™s sincerity in promoting press freedom.