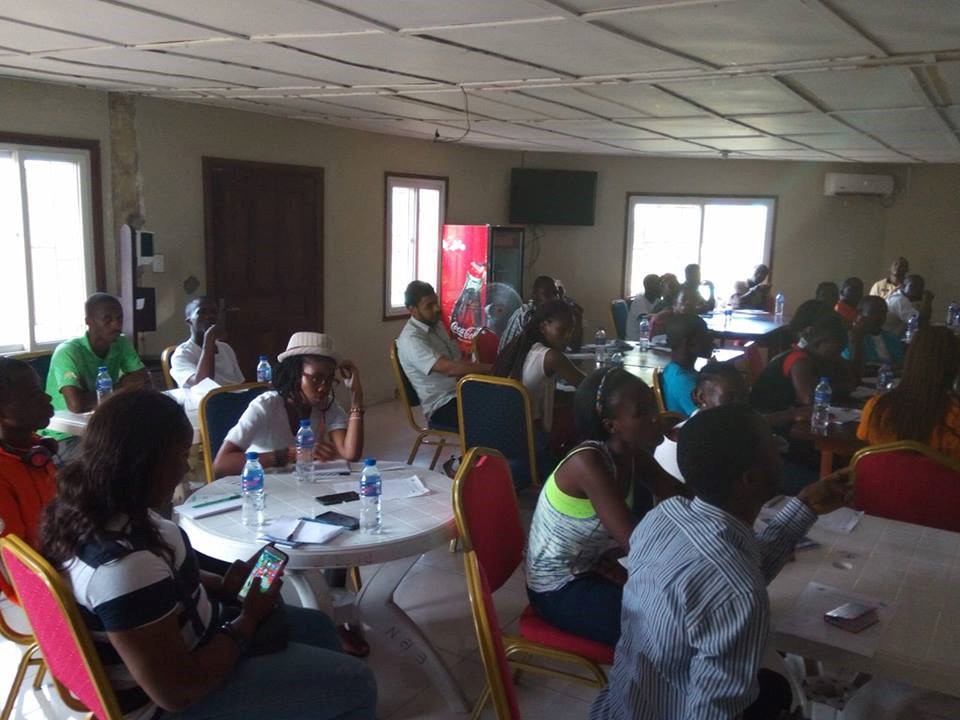 CALDWELL, Montserrado – At least 100 college students and recent graduates from universities and colleges in Monrovia have benefited from a three-day intensive job preparation program.

CET’s founding national director, Samuel Duo, said the training sought to empower young people with the skills necessary to improve their appeal in the job market. “The overall objective of this training was to improve the marketability of young people with or without degrees as they scout for employment opportunities in Liberia,” Duo said.

The training was facilitated by some of the country’s leading human resource personnel, including Liberia Telecommunications Authority’s human resource director, Brenda Moore. Jonah Kortee from Partners in Health and the Liberia Anti-Corruption Commission’s HR officer, Klade Neufville, were also at the training.

Participants hailed the organizers of the initiative and said they looked forward to applying their new skills.
Kula Sackie, a student of the University of Liberia, said after graduation, getting a suitable job is a key objective of most young people working on achieving professional qualifications.

However, how to be preferred by employees among a number of job seekers, Sackie said, is a skill that every graduate must have.
“Despite the field of study, every person [needs] a job to practice what he or she has learned and to make a livelihood. To achieve that, one must be able to submit a properly written application and well-structured resume that suits the post [they’re] applying for,” she said. “So, the training is very essential to our future.” With new employable skills, she hoped to be a favored job seeker after graduation.

For his part, Oscar Cooper, a prospective graduate of the African Methodist Episcopal Zion University, said though they have had previous knowledge in writing applications letters and sitting for job interviews, what they learned at the special training program will enable them to change their dynamics of preparing for job opportunities.

Cooper said the training enabled him to understand some key expectations of employers from job applicants and would apply the skills to improve his chances for better jobs.

Cooper said most young people are denied job opportunities because of their presentations to employers while seeking employment.
However, he said the training will help the participants to better engage employers for employment.
“Jobs are here, but people do not understand how to apply for the jobs because they do not have the proper skills,” Cooper said.
He said his organization would continue to organize similar trainings as long as the need is present.