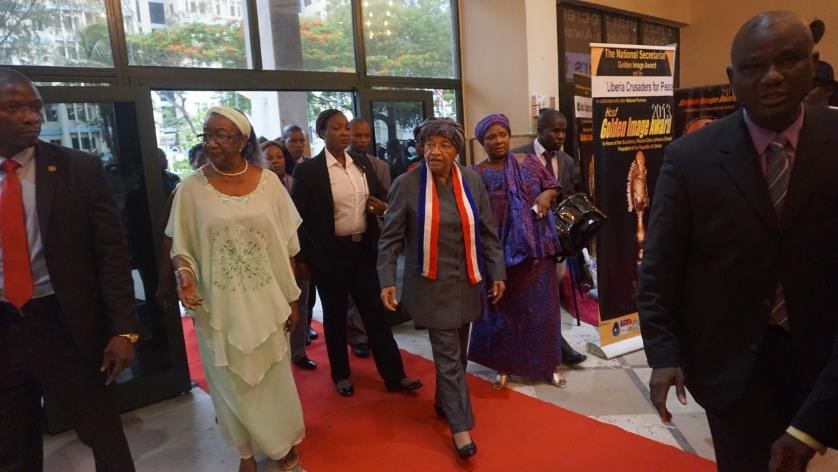 MONROVIA, Montserrado â€“ President Ellen Johnson Sirleaf, the former standard-bearer of the governing Unity Party, says she will not be able to attend the party campaign launch slated for Saturday, September 16, due to other engagements.

Speaking Friday on ELBC Radio, Sirleaf said she made a commitment for the groundbreaking of a clinic about two weeks ago with some women in Seuhn Mecca, Bomi.

She explained that several women of the area who are engaged in rice farming had approached her two years ago to break grounds for a clinic.

Sirleaf added that following the groundbreaking on Saturday, she will return to Monrovia on the same day and prepare to depart the country on Sunday to participate in the United Nations General Assembly meetings.

â€œI cannot turn down my commitment earlier made to the women in Seuhn Mecca district,â€ Sirleaf pointed out. â€œIt will not be good for me to send a message to them about my absence.â€

Sirleaf said there are no means to reach the women by mobile phone.

Moving forward, Sirleaf said her party had laid a good foundation that other governments can build upon.

She said the â€œsucceeding government will not have to face the difficulties that confronted the Unity Party.â€

There have been rumors that Sirleaf may not support the Unity Party ticket due to internal disputes.

Jerolinmek Matthew Piah, the press secretary to the president, also spoke on ELBC on Thursday and said Joseph N. Boakai, vice president and standard bearer of the Unity Party and Emmanuel J. Nuquay, vice standard bearer, would meet with Sirleaf at her Foreign Affairs office. He did not disclose the details of the meeting.

Opposition political parties are now expected to try to capitalize on Sirleafâ€™s absence from the Unity Party campaign launch.