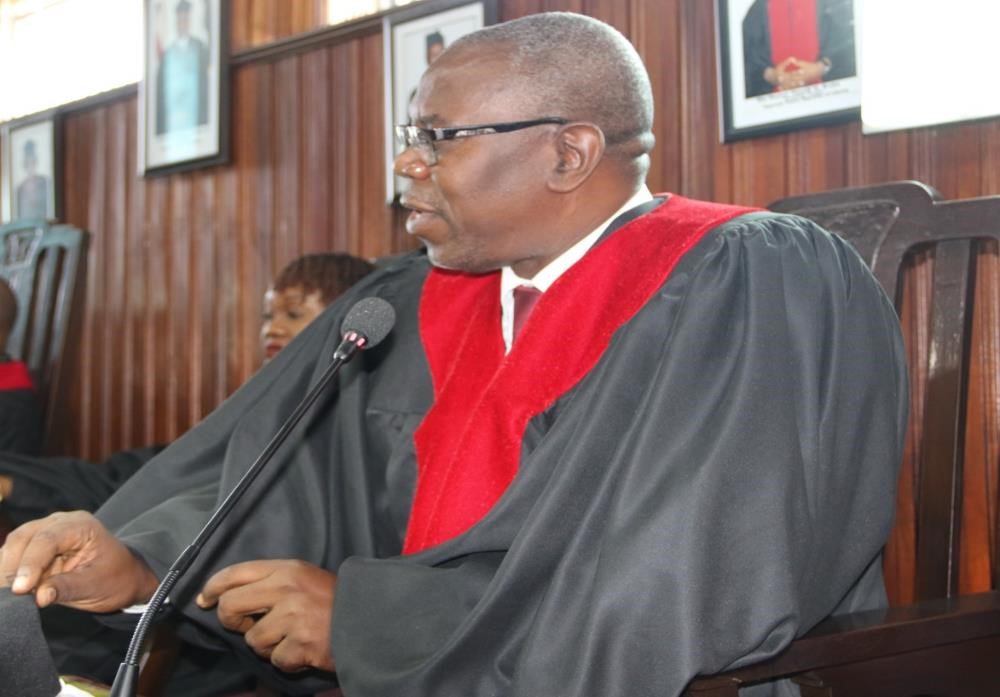 MONROVIA, Montserrado â€“ The Supreme Court justice-in-chambers, Judge Yusif Kaba, has cited the judge of Criminal Court A, Roosevelt Willie, to a special Dec. 4 conference regarding his role in the controversial trial involving the Roots FM radio station, which is operated by the firebrand talk show host and leading government critic, Henry P. Costa.

Kabaâ€™s citation to the conference was triggered by a filing by lawyers representing the management of Roots FM. It also comes after a recent adverse ruling by Judge Willie against the station. Willie had ordered a new trial in the case after a lower Magistrate Court had already ruled in Roots FM favor.

Willie had on Nov. 14 ruled in favor of a new trial in the case after government lawyers took Magistrate Ernest Bana, formerly of the Monrovia City Court, to task in a summary proceeding before the Criminal Court A after his ruling in favor of the station.

The judgeâ€™s decision for a new trial came after President George Weah appointed a new judge to the Monrovia City Court, where the trial is ongoing.

According to the government, Roots Holding is a separate and distinct entity from Roots FM Therefore, the former must display a notarized board resolution as an exhibit if it must qualify to sue on behalf of the station in the ongoing case.

Government lawyers argue that Roots Holding lacks any such authority from its board of directors.

That Magistrate Bana welcomed and considered Roots Holdingsâ€™ documentary filing on behalf of Roots FM, despite its apparent lack of authority, gave government lawyers a legal cause to challenge the judgeâ€™s ruling.

â€œThe request from prosecution to disallow Roots Holding Inc. from filing any document on behalf of Roots FM 102.7 on grounds that they lack legal capacity to file any motion is hereby denied,â€ Judge Bana is quoted as saying.

Unhappy with this ruling, state lawyers petitioned against it in Criminal Court A, leading to Judge Willieâ€™s involvement, and a new trial ruling.

The parties will, therefore, appear before Justice-in-Chambers Kaba in a Dec. 4 conference.

Meanwhile, Roots FM remains closed since its controversial and violent shutdown on Oct. 10 by state police, acting upon a search and seizure warrant issued by the court. 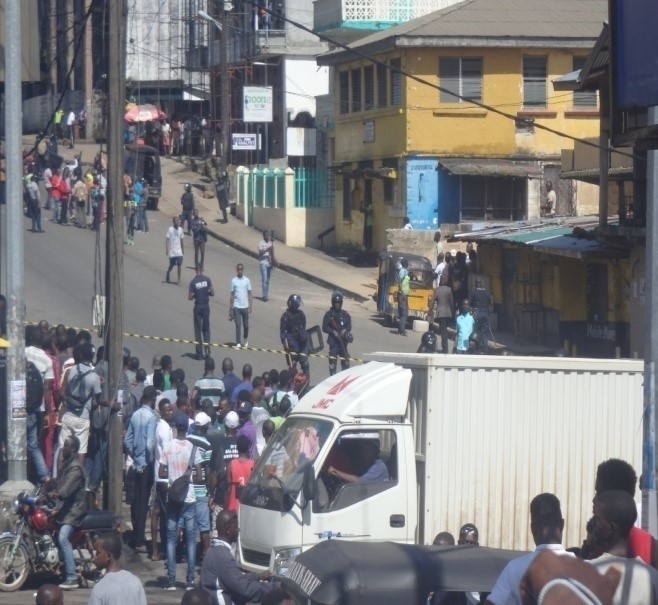 A scene from the Roots FM closure. Photo by Miama Morine Pewee.