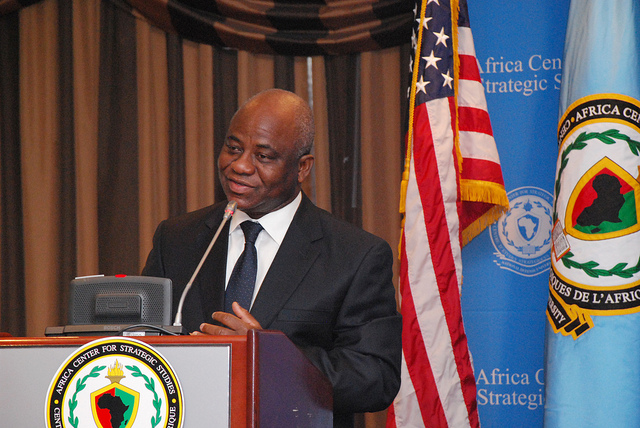 Samukai and his co-defendants were found guilty in March 2020 of three out of the five charges brought against them by the Liberian government. He was convicted along with Joseph Johnson and former defense comptroller Nyumah Dorkoron on multiple crimes, including theft of property, misuse of public money, and criminal conspiracy.

The defendants have been ordered to restitute over US$1.1 million.

Judge Yamie Gbeisay of Criminal Court C had previously sentenced Samukai and his former deputies to two years imprisonment but with a condition to repay funds that had been withdrawn from a pension account for members of the Armed Forces of Liberia.

Samukai was indicted in 2019 by the Grand Jury of Montserrado. According to the indictment, during the period of July 2009 to November 2017, US$1,943,971.99 was deposited into the Armed Forces of Liberia Pension Account.

The pension account contained salary deductions and was established to supplement the pension package to personnel of AFL upon retirement and to provide benefits for wounded AFL soldiers and families of dead AFL soldiers. Deductions were made based on rank.

The indictment noted that the defendants “criminally” withdrew US$1,259,462.00 from the account between the period of September 2014 and September 2017.

But during the case, Samukai’s lawyers argued that it was former President Ellen Johnson Sirleaf that instructed him to withdraw the money, therefore, he cannot be held guilty for a crime he did not commit.

“The defendants are hereby sentenced to serve a term of two years each in a common jail,” he said. “The sentence should be suspended provided the said appellants shall restitute the full amount of US$1,147,656.35 or fifty percent (US$573,828.175).”

Samukai and his co-defendants have been ordered to pay half of the amount within six months. The remaining balance could be paid over a one-year period based on an arrangement approved by the court.

The ruling comes as the National Elections Commission has been hearing complaints of allegations of irregularities in the Dec. 8 special senatorial election in Lofa, which Samukai won. On February 5, NEC’s Board of Commission gave the final ruling in the case, dismissing the case due to the complainants’ lack of standing – none of the four complainants represented a political party or a candidate, although they were voters in the election.

The election dispute case is expected to head to the Supreme Court next; however, the guilty verdict handed to Samukai in the corruption case is unlikely to have an impact on his chances of being certificated by NEC.

Neither the constitution nor the New Election Law prohibits a convict from contesting for or being inducted into the Senate. NEC’s regulations and guidelines for independent candidates and political parties, last updated in 2017, also does not bar anyone convicted of a crime from running. The candidate nominations regulations are also silent on the issue.

If Samukai is certificated, it could however undermine the moral ground that his Collaborating Political Parties has staked. The group has sought to portray itself as an ethical alternative to the ruling Coalition for Democratic Change, which has often appeared to shun good governance principles.

Sharing
Tags Brownie Samukai
Contributions to The Bush Chicken are not tax deductible.