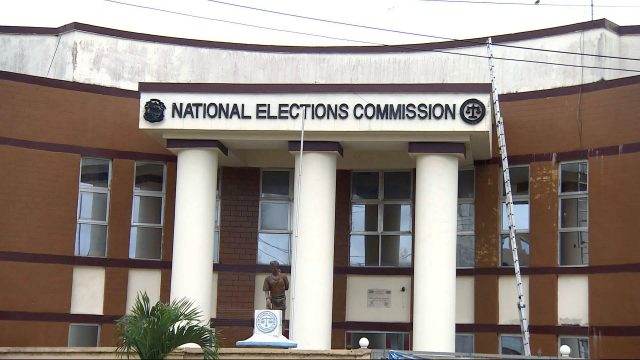 Ahead of the National Elections Commissionâ€™s official pronouncements of the results from Montserradoâ€™s joint legislative by-election, both President George Weahâ€™s Coalition for Democratic Change and the four opposition collaborating political parties- Liberty Party, unity Party, All Liberia Party and Alternative National Congress are claiming victory in the elections.

Unofficial provisional results from Mondayâ€™s joint legislative by-elections in Montserrado suggests that the popularity of the Coalition for Democratic Change of President George Weah has reduced as compared to recent elections.

The National Elections Commission has ended the replacement exercise for lost and damaged voter registration cards ahead of the Montserradoâ€™s senatorial and representative by-elections.

The National Elections Commission has failed to provide the provisional listing of candidates contesting in the Montserrado representative and senatorial by-elections by the deadline it set.

The National Elections Commission has released its calendar of key activities for the Montserrado senatorial by-election. The dates will also possibly affect the by-election for Montserradoâ€™s thirteenth district.

Pipe-borne water has been restored to parts of Monrovia after a major outage that lasted for more than a week.

On Jan. 14, several employees and the management of the Liberia Water and Sewer Corporation converged at the companyâ€™s White Plains facility to wine and dine at a year-end party amid the continued water outage in Central Monrovia and the occasional outages in surrounding neighborhoods.

The series of recent outages in water supplied by the Liberia Water and Sewer Corporation to greater Monrovia appears to be due to a faulty 1500 kva generator, according to a Bush Chicken investigation.