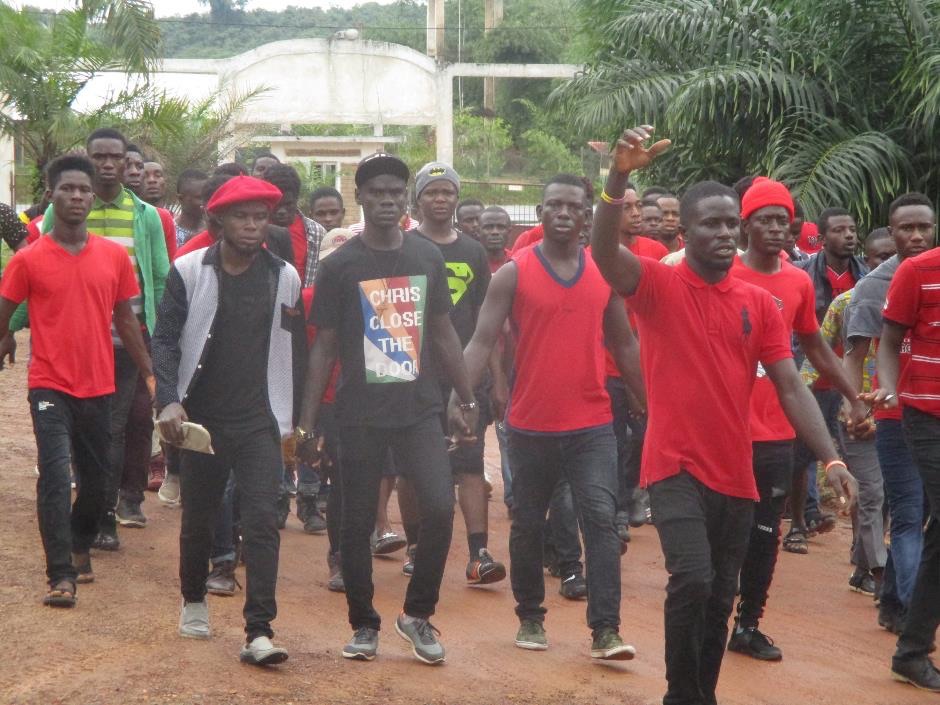 HARPER, Maryland â€“ As staff at Tubman University have expressed their displeasure with the governmentâ€™s salary harmonization policy, the universityâ€™s president, Elliot Wreh-Wilson, says the move is beyond the governmentâ€™s control.

In a statement made on Tuesday, August 27, he asked professors and administrators to resign from their posts if they do not accept the governmentâ€™s decision because it is a direct mandate from the International Monetary Fund in exchange for assistance.

The Tubman University president said because there were disparities across the government in salaries among people of similar skillset and job functions, it was necessary for the government to make such adjustments.

Wreh-Wilson noted that disgruntled employees who initiated a strike to demand the payment of their July and August salaries and the immediate restitution of their salary deductions have agreed to resume academic activities. He said registration time for students would be extended to allow them the opportunity to register, given that there was a disruption of the process. He added that no late fees would be assessed to students.

Meanwhile, Wreh-Wilson urged all students to pay at least 50 percent of their activity fees in order to pay teachers who were given a much greater class load than normal.

â€œIf you pay at least 50 percent of your activity fees for the ensuing academic semester, it will also aid the administration of the University to procure goods and services because we donâ€™t budget for goods and services at the university,â€ he added.

Wreh-Wilson also drew attention to President George Weahâ€™s controversial tuition waiver program: â€œThe free tuition is a serious challenge to the university because fees that we collect from students were used to hire qualified and competent professors to teach here.â€

On Tuesday, August 20, 2019, a group of employees launched a protest in demand of their unpaid July and August salaries, abandoning all activities on campus.

The employees also requested that they are exempted from the planned salary harmonization exercise. Under the program, which aims to lower the governmentâ€™s wage bill and to ensure that salary structures are fairer, the Ministry of Finance and Development Planning will reduce the compensation of 10,200 persons, or 15 percent of the governmentâ€™s workforce. An additional 14,900 employeesÂ will simultaneously see their salaries increase.

The exercise will see the median pay for the public sector move from US$125 now to US$225 per month, according to data released by the Ministry of Finance.Â It will also reduce the wage bill from 60 to 40 percent of the total government revenue.

The opposition of the employees to the salary harmonization practice was also supported by students at Tubman University, who issued a 96-hour ultimatum to the government to intervene before shutting down local government offices in Harper.

On Monday, August 26, offices such as the Fourth Judicial Circuit Court, the County Service Center, the Liberia Revenue Authority, and the National Port Authority were shut down.

The students were seen on Tuesday, August 27 parading in red and black attires across the city, in an attempt to draw attention to their cause.

Joint security personnel of the county prevented the students from entering the county administration office.