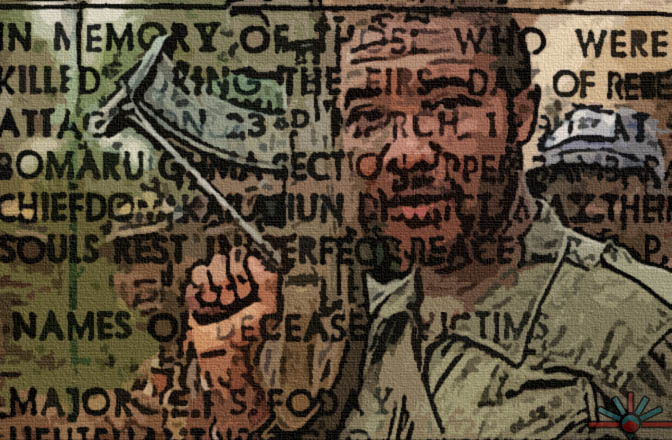 WASHINGTON, DC, USA â€“ In an unexpected move, U.S. President Barack Obama lifted sanctions against former Liberian President Charles Taylor, who is in a maximum-security prison for a raft of war crimes.

On Thursday, Obama signed an executive order withdrawing a 10-year-old state of emergency that was first declared by President George W. Bush to freeze the assets of Taylor and his associates, who fueled a brutal 1990-2003 war that killed tens of thousands.

Taylor, who served as president from 1997 until he resigned under pressure in August 2003, was arrested in 2006 and charged by The Hague on 11 counts of war crimes and crimes against humanity related to the war in neighboring Sierra Leone.

In 2012, the former Liberian strongman became the first head of state after World War II to become convicted of war crimes in an international court. He was later sentenced to over 50 years in prison.

In a notification letter to the U.S. Congress, Obama said, â€œThe situation that gave rise to this national emergency has been significantly altered by Liberiaâ€™s advances to promote democracy.â€

Further, Obama told congressional leaders that Taylorâ€™s sentencing and the â€œdiminished abilityâ€ of his allies to “undermine Liberia’s progress” meant the sanctions were not necessary.

Allies of Taylor who are no longer under these sanctions are Emmanuel Shaw, a former finance minister and advisor to Taylor; Jewel Howard Taylor, a senator from Bong County and former wife of Taylor; and Benoni Urey, businessman and former commissioner of Liberia Maritime Affairs under Taylor.

The lifting of those sanctions will certainly boost the prospects of Howard Taylor and Urey, who have both declared their intentions toÂ vie for the presidency in 2017.

US National Security Council spokesman Ned Prince extended his congratulations to the people of Liberia â€œfor their determination, ingenuity and commitment to peace and democracy.”

Nobel Prize Winner Ellen Johnson-Sirleaf has led Liberia since 2006 after being elected into power. She has earned high praise on the international scene for her role in defeating Ebola although most Liberians are dissatisfied with her administration’s fight against corruption.