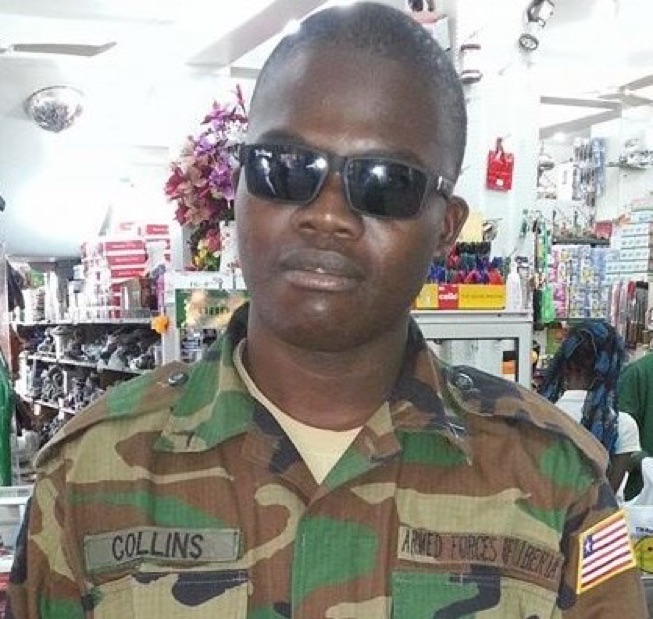 MONROVIA, Montserrado â€“ The Armed Forces of Liberia has found that one of its soldiers, Sieh Collins, failed to uphold the militaryâ€™s regulations after he made a controversial Facebook post.

The ministryâ€™s action follows an investigation of threats posted by Collins on Facebook against protesters of the pending June 7 protest in Monrovia.

Sam K. Collins, the assistant minister for public affairs at the Defense Ministry, wrote in a press statement dated April 16 that the ministryâ€™s investigation report held Sieh Collins liable for contravening the Uniform Code of Military Justiceâ€™s rules regarding â€œfailure to obey order or regulationsâ€ and threats via communication.

The soldierâ€™s Facebook account had read: â€œI will never regret killing anybody on the street of Monrovia to keep my country safe. Remenber[sic] our children are in school and Liberia is save[sic], trust me I will kill u will[sic] happiness.â€

â€œCollins has been subjected to the disciplinary board of the Armed Forces of Liberia,â€ the assistant minister wrote.

The press statement said the Defense Ministry had further cautioned AFL personnel to use social media with prudence and avoid acts that will cast aspersion on the image of the ministry.

At the same time, the ministry has noted that the AFL will continue to exhibit good morals and professionalism in the execution of its national obligations.

â€œAFL will not compromise on acts that may undermine the image of the military,â€ the press release continued.

The University of Liberiaâ€™s student-based political movement, the Student Unification Party, recently launched a campaign calling for the resignation of President George Weah.

SUP said the call for the resignation of Weah is based on factors that are counterproductive to the livelihood of Liberians.

â€œSUP believes that the state under Weahâ€™s hegemony is fast crumbling and this tragedy could deepen if the president does not resign or be impeached,â€ noted Carlos Tingban Edison, chairman of the movement.

Outlining 60 reasons in a statement, Edison said the crumbling economy, coupled with increased hardship, bad governance, attacks on press freedom, rising inflation, and disregard for the rule of law and the Liberian constitution are unbearable under the Weah administration.

According to Edison, the lack of transparency and the presidentâ€™s inability to adhere to promises are evidence of his inability to lead Liberia.

â€œIn less than two years, the press has suffered consistent attacks from the president and his loyalist, placing Liberia 89th [place] out of 180 countries, according to World Press Index,â€ SUPâ€™s statement read.

â€œSUP will not sit quietly in the face of all these difficulties being encountered by Liberians, but will use the Weah Step Down campaign as the last hope.â€

However, DariusÂ Dillon, the vice chair for political activities of Liberty Party and one of the organizers of the protest, provided some clarity on the pending protest in a post on Facebook. He said the June 7 protest was being organized under the â€˜Council of Patriots,â€™ an ad hoc group formed to allow citizens to express their concerns and petition the CDC-led government of President George Weah to address the appalling conditions the country is facing.

â€œThe rallying has nothing to do the Weah Step Down Campaign, as is being falsely spread by agents of government and the CDC national leadership,â€ Dillon noted.

â€œThe rallying is rather a protest to impress upon or demand the president to govern well in keeping with all the tenets of good governance and acceptable best practices.â€

He added, â€œIt must be clearly stated that organizers of the protest have no intent to cause violence or disruption of the countryâ€™s relative peace.â€

However, Dillon stressed that no amount of threats or diversionary tactics will stop the protesters from gathering on June 7 to present their concerns to the government.

He said anyone or group seeking to undermine a planned peaceful and orderly mass gathering of the Liberian people to respectfully petition their government and national leaders were anti-democratic.