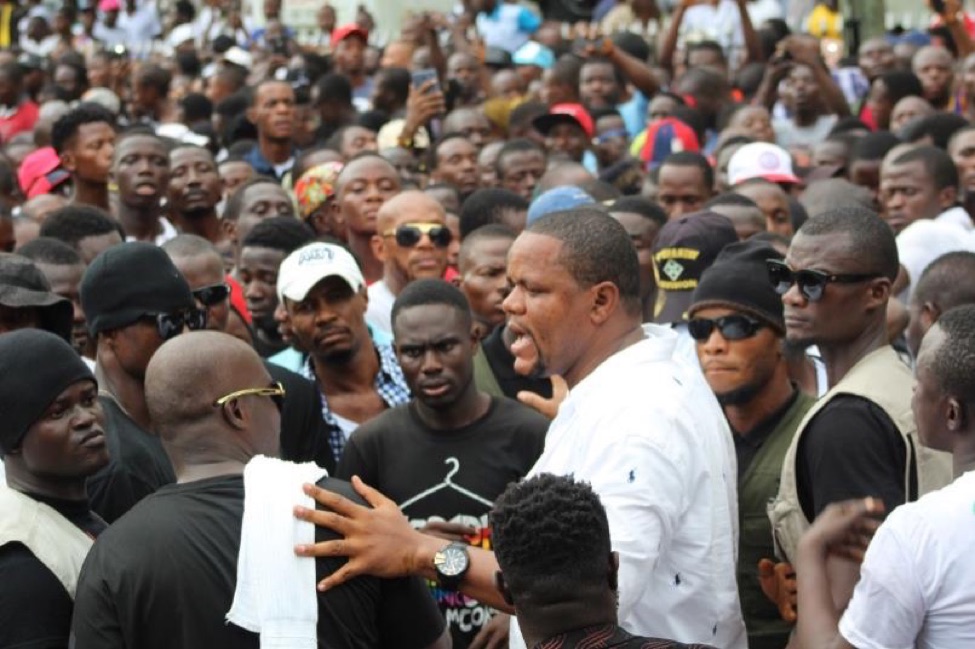 MONROVIA, Montserrado â€“ After an earlier postponement, the organizers of the well-attended June 7 protest has announced it will go ahead today with its second round of protest to demand that the government address its demands.

The Council of Patriots had announced on July 12 during a press conference that it would stage a second protest that would last for several days beginning on July 24, ahead of the countryâ€™s 172nd Independence Day anniversary on June 26.

The groupâ€™s leadership later announced an adjustment in the timing of the protest and named Wednesday, July 31 as the new date to commence the protest.

The adjustment followed a statement issued by U.S. ambassador to Liberia, Christine Elder, against the holding of the planned protest during the week of the July 26 Independence Day celebrations.

Elder said while the U.S. Embassy supports the rights of citizens to lawfully apply to assemble or convey their views to elected officials, the protestersâ€™ intent to do so during the week of July 22 is â€œmisplaced.â€

The groupâ€™s chairman, Henry Costa, announced on Tuesday evening their commitment to proceed with the protest, calling it â€œthe largest peaceful protest, even bigger than June 7th.â€

â€œWe will assemble at the same venue where we gathered on June 7th,â€ Costa wrote on his Facebook page.

Darius Dillon, the Liberty Partyâ€™s candidate in Mondayâ€™s joint legislative by-elections in Montserrado, had previously said the original date was meant to take advantage of the national Independence Day celebrations to let international guests know that the citizens were not happy because President George Weah was not proceeding in line with citizensâ€™ aspirations.

A previous protest on June 7, 2019, was joined by several thousand Liberians who believe that the George Weah-led administration is proceeding wrongly on governance and other issues such as the poor economy, corruption, lack of transparency, and accountability.

Just hours to the pending protest, Criminal Court C on Tuesday announced the verdict in the landmark three-year Sable Mining corruption trial, acquitting all current and former official of their charges.

They include Grand Cape Mountâ€™s Senator Varney Sherman, former House Speaker Alex Tyler, Bomiâ€™s Sen. Morris Saytumah, businessman Christopher Onanuga, and others who were indicted in 2016 for allegedly receiving US$950,000 in bribe to change a public procurement law in favor of the British company Sable Mining to mine the Wologisi Mountain in Lofa. They were charged with bribery, economic sabotage, criminal conspiracy, facilitation, and solicitation in connection with the Sable Mining bribery scandal.

Judge Pater Gbeneweleh indicated in his ruling that the prosecution failed to provide evidence in open court to prove the defendants guilty of the charges.