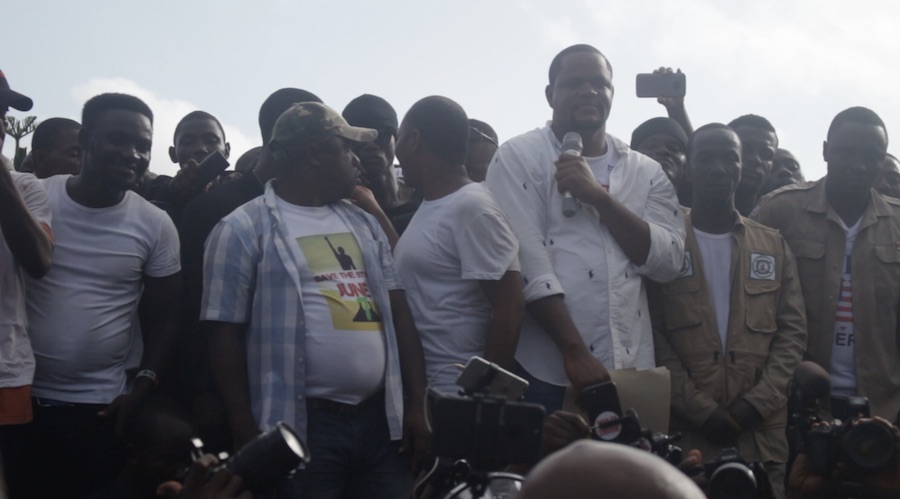 MONROVIA, Montserrado â€“ On Saturday, June 8, 2019, the Liberian government released a statement criticizing the organizers of the June 7 protest for their unwillingness to present their petition to the government; however, the protesters say the government reneged on its agreement to have an elected senior government official receive its petition.

The Information Ministryâ€™s press statement said a high-power government delegation comprising of Foreign Minister Gbehzohngar M.Â Findley, Justice Minister Musa Dean, and others went to accept the protestersâ€™ petition at the June 7 protest but were kept waiting at the protest site from 3:15 p.m. until 5:30 p.m.

After more than two hours of delay, the government said members of the organizing body, the Council of Patriots, demanded the release of individuals who were arrested for assaulting a police officer as a precondition for the presentation of their petition.

However, the government says it is committed to the tenets of democracy and sees the demand â€œas an attempt to undermine the rule of law.â€

â€œThe accused individuals have been charged and are awaiting an appearance in court to be represented by their lawyer,â€ the press release added.

Prior to the protest, the government had announced that Vice President Jewel Howard-Taylor would receive the petition at 3:00 p.m. However, the vice president did not show up and no reason for her absence has been provided by the government.

When it became obvious that the vice president was not showing up, Findley went to accept the protesters’ petition, but leaders initially rejected that option, given that they had agreed with authorities that they would present the petition to Vice President Howard-Taylor.

At the protest scene, the government delegation and organizers were seen discussing a way forward. Then, in a surprise move, Unity Partyâ€™s chairman, Wilmot Paye, announced the demand for the release of the five students from police detention as a precondition to presenting the petition.

Unity Party, as a member of the four collaborating political parties, supports the Council of Patriotsâ€™ protest demanding good governance from the Coalition for Democratic Change led by President George Weah.

In a Facebook video published on Saturday, June 8 â€“ the same day that the government released its press statement, the chief spokesperson of the Council of Patriots, Darius Dillion, said the government had reneged on its agreement with the protesters.

â€œThroughout our protest, we had insisted that we would present our petition to President Weah,â€ Dillon said. â€œIncumbent with the constitution, people present petitions to elected officials. The president insisted that he wonâ€™t come. The president, we are told, said he had security concerns.â€

The government then said the vice president would receive the petition to submit to the president for redress, Dillon added.

â€œThat was the agreement between the Council of Patriots, for and on behalf of the Liberian people agreeing to join us, the government of Liberia, as well as our international partners,â€ he noted.

He said one hour after the vice president was supposed to appear, she had not come, and the government did not explain why.

â€œNo show of respect of courtesy to us that the vice president would not come,â€ he said, adding that the government officials then asked the protesters to present their petition to the foreign affairs minister.

â€œYou donâ€™t present petitions to appointed officials, most of whom are some of the reasons why we are here today,â€ Dillon pointed out.

â€œAnd so we decided that we would not present the petition to the ministers, but rather, since the minister of justice, who is responsible for law and order, was present, we decided that we would make a request of him to release the students that they had jailed for over 48 hours against the constitution as a result of their political arrest of Rep. Yekeh Kolubah.â€

Dillon said the justice minister had told the protesters that they would go to the police station to see what they could do. However, when the minister did not return, the organizers decided to disperse the protest and later hold a press conference on Monday announcing the next course of action, â€œin terms of returning until the proper elected authority of government comes to pick up our petition.â€

Dillon said he was doing the video to dispel any lies or rumors being spread that there would be a protest on Monday.

He emphasized: â€œThere is no protest on Monday.â€