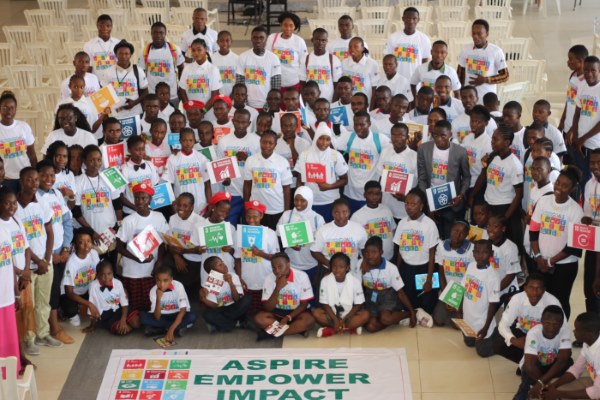 “If you think you are too small to make a difference, you haven’t spent the night with a mosquito.” – African Proverb

Everyone in Liberia has one way or another experienced the powerful bite of a mosquito. Most Liberians, especially those who cannot afford to purchase a mosquito coil or net, experience restless nights, mainly during the dry season.

Interestingly, the length of the smallest known mosquito is around 2 mm and the largest around 19 mm. Though small in size, the Anopheles mosquito is regarded as the primary carrier of malaria.

According to a 2017 survey conducted by the World Health Organization, mosquitoes’ bites result in the death of one million people every year.

It is beyond imagination: the size of mosquitoes belies the terrific impact they have on humankind. But, as our dynamic President Ellen Johnson Sirleaf once said, “If your dream does not scare you then it is not big enough.”

Therefore, it is always important to shovel out your fears and dig deeper you’re your dreams, believing that anything is possible and make it happen. No one is too small, too young, or too unsophisticated to make a change or ignite the flames of positivity.

Last month, I joined the first cohort of Future Africa Ambassadors, a network of passionate young Africans who lead advocacy projects and campaign actively for the implementation of public policies and agreements drafted at national, regional and continental levels

I’m thrilled by some of the amazing stories I read about my fellow ambassadors.  Reading their stories have inspired me to write a month-long series on young Liberians who are doing exceptionally well to develop our country from the shackles of poverty and backwardness to the peak of posterity and innovation.

Our country is the first independent nation in Africa, but it has significantly more challenges than many African nations.

The recent Ebola crises undressed the mounting challenges in our health sector. Our nation’s highest institution of learning is not recorded among the top two hundred universities in Africa and the vital need for a farm-to-market road in Liberia cannot be overemphasized. Additionally, the lack of employment and youth empowerment is a serious security threat, as many young people “pick in pockets” in order to find greener pastures.

Yet, with all these challenges, we can transform Liberia to be a paradise on earth. But this can only happen when we begin to realize and actualize the powers we have. As young people, it is not about choice any longer, it is now time that we take the necessary actions to become active players in the decision-making processes of our country. It is not about us just maintaining the peace; we need to use the peace to build our country.

We need more young people like Marvin Tarawallay, executive director of SMART Liberia. As a kid growing up, Marvin too experienced the challenges of post-war Liberia but grew into a reformist. Living in a household with his mother and siblings, he utilized every opportunity wisely to nurture his skills and intellectual prowess.

From a child broadcaster at UNMIL Radio to a computer tutor at a local computer school, young Marvin and his classmates later established a campus-based organization called Student Transformation Action Reformists while still in high school.

His passion for breeding the next generation of ‘changemakers’ didn’t die even with the many obstacles he encountered: ranging from a lack of cooperation from school administrators, insufficient finance to run the organization, and most frustratingly, a country that often doesn’t support the dreams of young people.

Before his enrollment at the African Leadership Academy, Marvin met Ahmed Konneh and James Kiawoin, and together they co-founded the Student Reform Initiative which is now known as SMART Liberia.

Like Marvin, Ahmed and James are two amazing Liberians for any young person would like to imitate. Their passion for transforming Liberia is unmatched and can only be compared to those young people who do not only dream about a better Liberia but are desperately striving to see their dream come through.

As a way of realizing the full potential of their dreams, Marvin and his team brought on board like-minded peers including the youthful and multi-talented, Gerald Hodges. Gerald Hodges, a Watson scholar and former co-host of LTAS program on UNMIL Radio, has directed SMART Liberia’s impact-driven projects for the past two years.

Upon his graduation from Babson College, Marvin is back home to work full-time at SMART Liberia, with the mission of building an ecosystem of young change-leaders to tackle Liberia’s mounting challenges through the Changemakers Village.

The work of SMART Liberia is a testament to the powers of a dream. What was just the vision of three teenagers have impacted the lives of many young Liberians. And thousands more lives are to be impacted in the soonest future; across Liberia and beyond its boundaries.

Next week, we will shine light on the work of an amazing young man who is enthusiastic about education and youth empowerment.