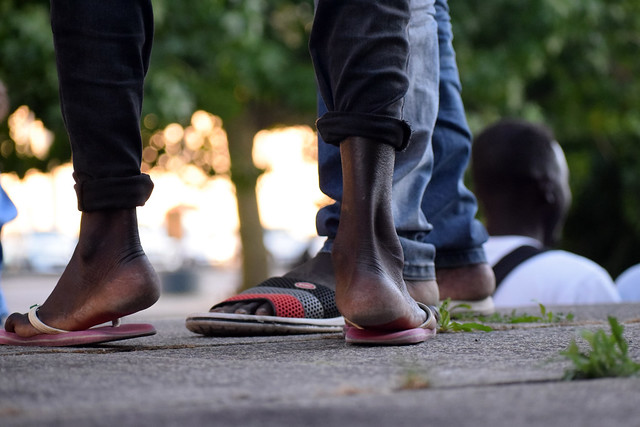 The migrant crisis peaked about this same time, with more than one million migrants fleeing Africa and the Middle East for Europe in 2015 alone. Tragically, thousands of migrants died at sea annually as they sought a better life.

Today, African youths continue making their way to Libya from Sub-Saharan Africa despite the risks and in spite of the death toll. When they reach the shores of Libya, itâ€™s onto overcrowded, questionable vessels in an attempt to cross the Mediterranean Sea for a better life in Europe. Many of these so-called ships will capsize. They will sink. The sea will claim the lives of countless people as it did on July 15th and as it has so frequently done over the last few years.

Counting these additional deaths, that number is now 573, which is certainly much lower than nearly 3,800 deaths at the height of the crisis, but itâ€™s still 573 too many. Though the numbers of migrants making this trek are lower, the risk theyâ€™re taking is as high, if not higher, than it was at the peak of the crisis.

When Ducor Sports reported on this dangerous journey in 2016, support for search and rescue operations was rising and thought to be helping reduce migrant fatalities at sea. Today, however, search and rescue operations face risks of their own. The New York Times reports that the Italian government takes the stance that â€œaid ships work with human traffickers and act as an unhealthy incentive for desperate migrants to risk the crossingâ€ and that Italy refuses entry to aid non-Italian ships carrying rescued migrants. The European Union has reduced its search and rescue operation. Doctors Without Borders had also pulled back but has since resumed operations, citing opposition from Italyâ€™s government.

So, we have desperate young Africans willing to risk their lives for the chance at a better life, overcrowded, flimsy vessels that are highly likely to sink or capsize, and limited search and rescue operations to help when those flimsy vessels inevitably capsize or sink. Itâ€™s a recipe for more of the same â€” more deaths in the Mediterranean.

The answer isnâ€™t sealing borders and turning a blind eye to people in dire need of rescue. There are no easy answers, but improving conditions (education, job opportunities, basic human rights, access to medical care, technology, infrastructure) back at home is a good start.

If we want to stop the deaths at sea, we have to stop making our people feel as if they have no other options.