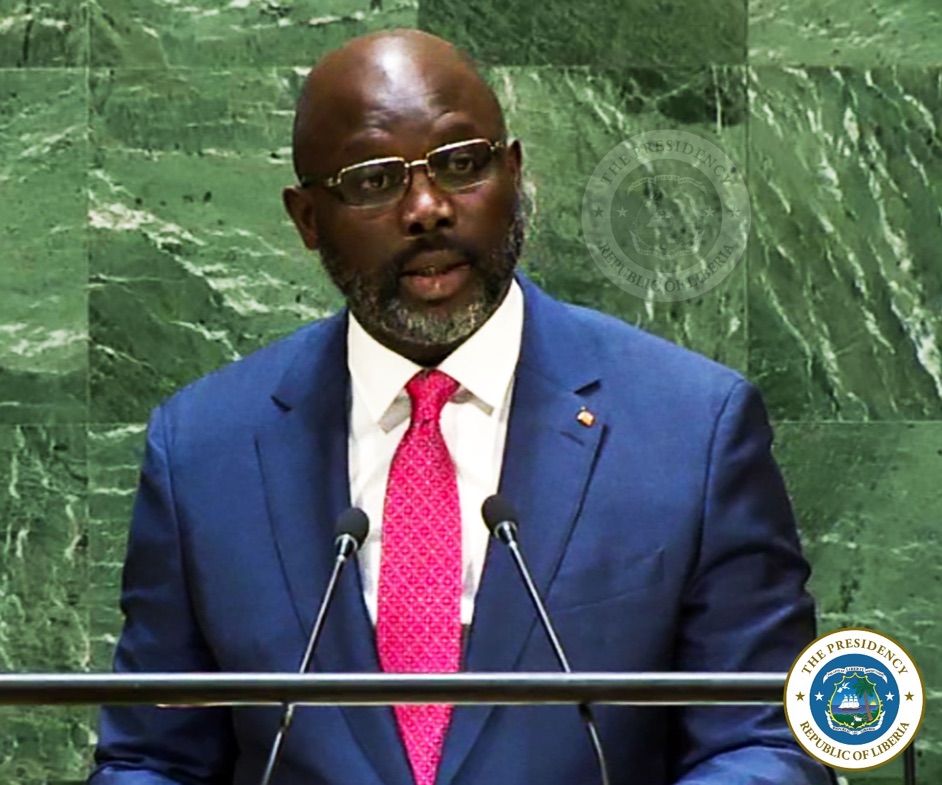 Since the last U.N. General Assembly last year, Weah said his leadership has taken several measures to deal with the persistent socio-economic problems that continue to beset the country, such as the unprecedented increase in SGBV against women and girls, especially as COVID-19 forced the closure of schools and workplaces.

In other to address this situation, the president noted that his government has taken a number of actions, including declaring rape as a national emergency, appointing a special prosecutor for rape, authorizing the establishment of a Sex Offenders Registry, and establishing a National Security Task Force on SGBV.

In an address to commemorate this year’s general assembly, which is convening virtually because of the Coronavirus pandemic, President Weah told world leaders that, for the first time, traditional leaders in Liberia have agreed to take ownership for ending female circumcision by suspending activities of all traditional bush schools, where this harmful practice is carried out.

With COVID-19 infecting 30 million persons and killing almost a million across the world, this year’s theme of the General Assembly was “The Future We Want, the U.N. We Need: Reaffirming Our Collective Commitment to Multilateralism – Confronting COVID-19 Through Effective Multilateral Action.”

On behalf of the government and people of Liberia, Weah extended warm appreciation to U.N. member states and other international organizations for their global solidarity seen in the face of the COVID-19 pandemic.

“The world has stood together. Rich countries and poor countries have all been affected and are working together to eradicate this scourge,” he said.

“COVID-19 has taught us that as countries, whether rich or poor, developed or undeveloped, we are all united by our common humanity. We must all rise above normal divisions to work for a better, fairer, and more united world.”

He noted that while Africa has been hit hard by the pandemic, it is the mercy of God that enabled the continent to avoid the predictions of high numbers of deaths.

In Liberia, President Weah said the country built on its previous experience from 2014 with the Ebola epidemic.

“I am proud to say that the government and its development partners have mounted a robust National COVID Response that seems to have contained COVID-19 for the time being,” he reported.

“As a result, only about 1,320 Liberians have been affected by COVID-19 to date, of which approximately 1,213 of these have fully recovered, with some 82 Liberians falling to the epidemic.”

He praised the country’s bilateral and multilateral partners for their strong support to Liberia in dealing with the COVID-19 emergency and helps to sustain the country’s economy.

He said his government has developed a Post-COVID Economic Recovery Plan that prioritizes short-term actions and investments in key sectors such as agriculture and tourism, as a means of reducing the impact of COVID-19 but also providing the basis for economic recovery.

Corruption being an age-old problem in Liberia, the president reported that his government, in an attempt to end the problem, has ended a national stakeholders’ conference to strategize on a lasting remedy.

He called on world leaders to continue to work together as a global community to confront disease and epidemics, fight poverty, and prevent wars.

“As a founding member of the United Nations, Liberia avails itself as a strong partner in meeting these global challenges,” he noted.

“We believe that the maintenance of world peace and security is of paramount importance for global growth and development. Every nation without peace is fragile and has an uncertain future. Therefore, as we chart a new course for shared prosperity, we must reaffirm our collective commitment to multilateralism. As we confront these new challenges, multilateralism, international cooperation, and global solidarity will become increasingly important in addressing the complex problems that we now have to solve.”