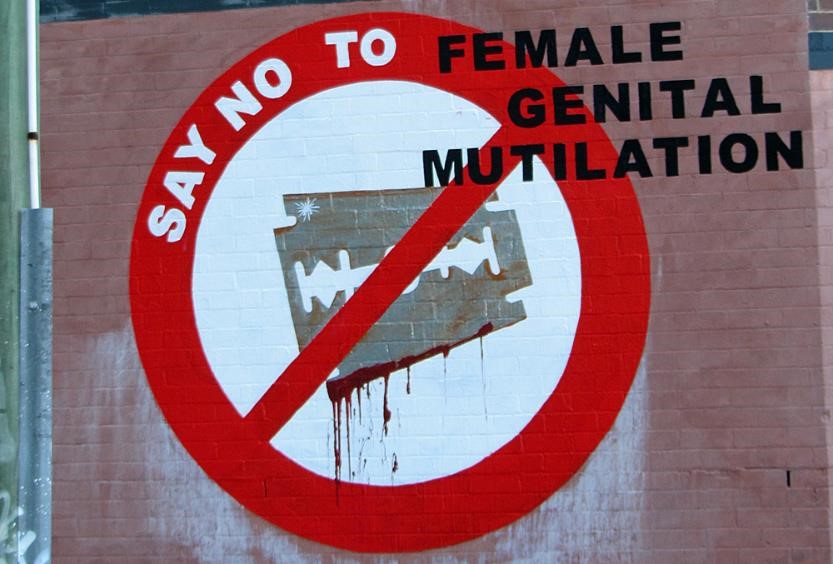 SANNIQUELLIE, Nimba – The European Union’s Spotlight Initiative is funding a project to provide alternative sources of income to traditional practitioners of female circumcision in Nimba and four other counties. Operated by U.N. Women, the project aims to reduce the controversial practice by taking away the financial incentives.

The Alternative Economic Livelihood Project will provide business development training, financing through village savings and loan associations, and training in innovative climate-smart agriculture for three hundred rural women. Most of these women will be zoes – or women heading the traditional schools – in Nimba, Lofa, Grand Gedeh, Grand Cape Mount, and Montserrado Counties, according to a fact sheet distributed to The Bush Chicken.

The 11-month pilot project costs US$523,813 and will help the zoes adopt new income-generating activities and alternative rites of passage than circumcision.

Abu Macpherson, who manages the program, said it would buttress the government’s development efforts. He said the project would partner with the Ministry of Agriculture to identify “market-driven crops” that will be cultivated on the over 30 acres of land provided by each of the five counties.

He was hopeful that the project would raise income for the zoes and gradually end the practice of female circumcision.

Meanwhile, the Spotlight Initiative also has plans to construct a Heritage and Vocational Training Center. According to the director of customs and cultural affairs at the Ministry of Internal Affairs, William Jallah, the center will build the capacity of women and put them on par with their counterparts in other parts of Liberia and the sub-region.

“While our female zoes are involved in the agriculture component of our project, they will also be taught how to fix traditional things to support the heritage center we want to build,” he said.

“This center will be like a tourist site for traditional people. So in the future, if you want a country cloth or whatsoever value the culture has, [it] will be available there so that people from outside probably will come to Nimba, for example, to see the culture of this area.”

Jallah said the zoes would be trained to produce artisanal crafts to attract money from tourists.

He called on traditional leaders to accept the project but asked that they temper their expectations as it was not a quick impact project.

At the National Council of Chiefs and Elders of Liberia, National Coordinator Setta Fofana Saah says former President Ellen Johnson Sirleaf’s campaign to abolish female circumcision did not materialize because those spearheading the campaign were not the right people. Saah said millions of dollars were spent and the practice was not abolished because the practitioners were left out.

She believes that this approach being led by U.N. Women will restore the lost dignity of the Sande society by providing income for traditional zoes.

“The way our Sande activities are being handled by people calling themselves zoes is really bringing disgrace to us,” Saah said.

“Those days when we conclude one Sande School, it will take almost five years before you hear about another one. But everything thing has changed and so we want to provide livelihood for these zoes, since all they care about is making money. Too many of our traditional things have been compromised and we are trying to bring them back. If we bring these things back, other countries will value us.”

Saah clarified that the goal is not to abolish the Sande schools, but to transform them and build the capacity of the zoes. She highlighted the changing roles of the Sande schools now, given the need to also ensure that girls are attending academic school.

“Nowadays, you don’t force anybody to attend the Sande School,” she said. “Prepare the children now for their school and good discipline because we want to have another more female presidents, superintendents, ambassadors, and ministers. This can only happen when we send our children to school and not into Sande.”