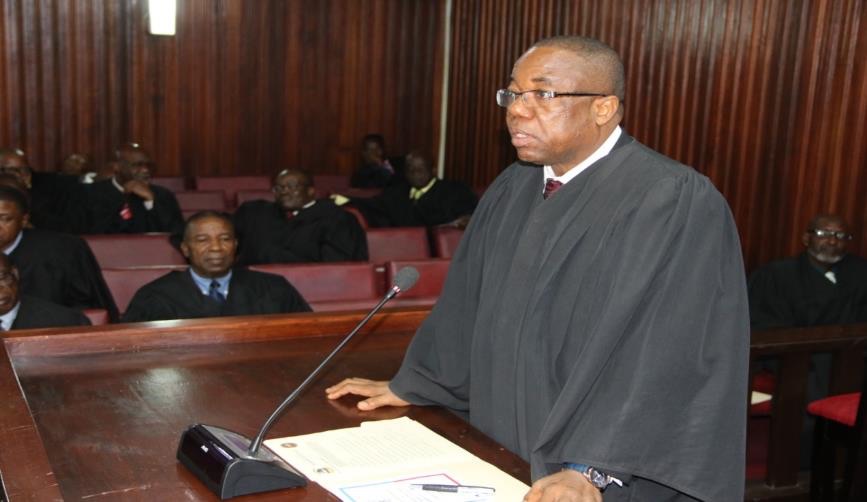 MONROVIA, Montserrado â€“ A group of citizens has filed a petition to the Supreme Court of Liberia to compel Justice Minister Musa Dean to grant a permit to allow for the planned June 7 protest to take place.

A writ of mandamus, as the special writ is called, can be issued by a judge at a petitionerâ€™s request when the authority of a high court is needed to compel an action by an individual person, government agency, or a lower court to take an action required of them.

The Council of Patriots, a group of public officials and private citizens had written the Justice Ministry on April 26 asking for protection to hold a peaceful assembly that will commence on June 7 and potentially last for days. But the Justice Ministry requested that organizers of the pending June 7 protest provide documentation establishing their legal status in order to be granted their request for permit and security for protesters.

However, organizers remain firm on their plan to protest, despite a meeting with the president aimed at discouraging the protest. The leaders have requested that the president commits to upholding the constitution and to guarantee their right to protest on June 7, when they would present their grievances through a petition. In his May 29 address to the nation, the president assured the public that he would respect the protestersâ€™ right to assemble peacefully.

The Council of Patriotsâ€™ spokesperson, Darius Dillon, who is also Liberty Partyâ€™s deputy chairman for political affairs and a candidate in the Montserrado senatorial by-elections, maintained that Liberiaâ€™s peace and stability remains the paramount concern to the protesters and that anyone insinuating that the exercise of their constitutional rights is a threat to the countryâ€™s peace is equally suggesting that he or she does not respect peace.

The protesters had earlier disclosed that the peaceful protest was not meant to demand the resignation of President George Weah, but to demand meaningful reforms that will lead to the improvement of the living standards of Liberians.

The writ to compel the Justice Ministry to grant a permit for the protest was filed on Tuesday, a day after prominent Liberian Lawyer Arthur Johnson announced plans to petition the Supreme Court to prevent organizers from going ahead with the protest.

Johnson claimed that the intent of the planned protest is to unconstitutionally oust a government that was elected through a democratic process.

He told a live radio show on Ok FM on Monday that he would initiate a case to compel the government to dialogue with the protest organizers to abandon their intent. Additionally, he said he also plans to use the courts to bar the protest from taking place.

The Citizens United to Sustain Peace and Democracy, the group aiming to compel the ministry to permit the protest, informed the court that they are citizens of Liberia and have the interest to protect the rights of all citizens in order to sustain the current peace of the country.

According to the petitioners, granting the June 7 protesters the permit to go ahead with their action is a guarantee of their rights under the constitution.

They believed that the failure of the Justice Ministry to grant the protesters permission and designate a venue for them to gather and present their petition to their government will lead to major roadblocks, thus preventing free movement of people who may not necessarily be protesters. Such action, according to them, also, violates the rights to move freely.

The petition further states that as minister of justice, Musa Dean is also a member of the countryâ€™s joint security team that has the moral responsibility to safeguard security, public order, and regulate the exercise of peopleâ€™s freedoms, which are guaranteed by the constitution.

Meanwhile, the Justice Ministry announced that on Tuesday, officials met with the protestâ€™s organizers to discuss practical matters to ensure that the protest will be void of violence. The purpose of the meeting was consistent with the governmentâ€™s recognition of the constitutional right of the Council of Patriots to hold a peaceful protest. United Nations, ECOWAS, and the African Union also had representatives at the meeting.