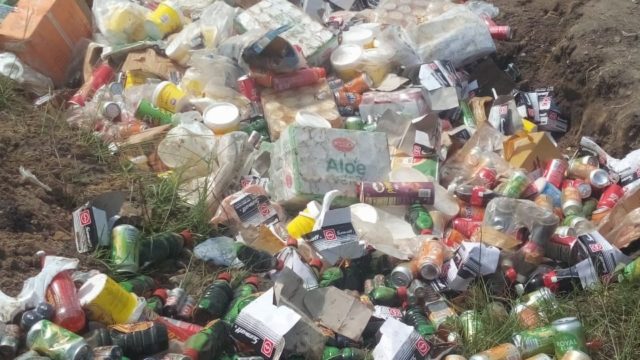 The Ministry of Commerce and Industry in Nimba has burned US$5,000 worth of expired goods seized from a Ganta warehouse of the Jungle Water Group of Investment Company.

Liberiaâ€™s commerce minister, Wilson Tarpeh, has informed the House of Representatives that there will be a serious shortage of gasoline on the Liberian market in the coming weeks.

For the first time since the crisis began, the Liberian government has officially acknowledged that there is an acute shortage of gasoline in the country following weeks of denial and shifting blames. Across the country, fillings stations have run dry, and long queues of motorists have formed everywhere petroleum products used to be sold.

Agents of the Ministry of Commerce and Industry stationed in Sinoe have confiscated over US$5,000 worth of consumable goods due to long passed expiration dates.

President George Manneh Weah has issued an executive order that aims to reverse the current negative state of the economy.

The coordinator of the Grand Bassa County Service Center, Mac Willie, says the service center contributed over L$40 million (US$250,000) in government revenues in 2018.

The Ministry of Commerce and Industryâ€™s senior inspector for Nimba, Nelson Korquoi, has issued a warning to businesses in the county against inflating the price of the â€˜Pro-Poorâ€™ rice.

Although the Ministry of Commerce and Industry recently announced a reduction in the prices of gasoline and diesel on the Liberian market with immediate effect, commuters in Grand Bassa are complaining that drivers are still charging the same amount.