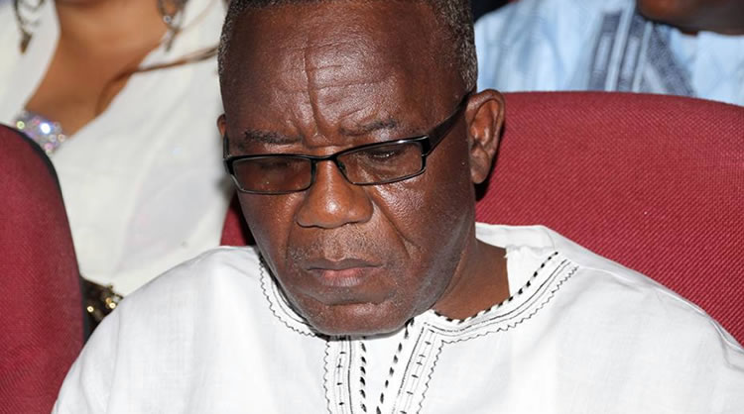 MONROVIA, Montserrado â€“ Liberiaâ€™s commerce minister, Wilson Tarpeh, has informed the House of Representatives that there will be a serious shortage of gasoline on the Liberian market in the coming weeks.

The commerce minister spoke on Tuesday, March 24 before the House when he and other ministersÂ were invited to inform lawmakers on how prepared their respective agencies were amid the three confirmed Coronavirus cases in the country.

â€œThe gasoline we have in stock now can only go for seven to nine days. The order we were expected to receive has been postponed for another ten days,â€ Tarpeh said.

â€œThe importers have assured usÂ that we should expect 19,000 metric tons, which is 6,650,000 gallons of gasoline in the next four weeks and we are confident about that.â€

According to Tarpeh, the two primary reasons for the low amount of gasoline on the market is due to importersâ€™ inability to finance imports due to difficulty in reconciling with their debtors. Additionally, he said that issues with the dredging of the port, which was a factor in the major gasoline shortage that lasted over a month, continues to cause problems.

Tarpehâ€™s comments are concerning, given that they are coming less than a month after the previous gasoline shortage shuttered the economy and littered the streets with long lines of parked cars. Additionally, the warning comes at a time when Liberia has three confirmed cases of the Coronavirus and has declared a health emergency in Montserrado and Margibi. Crowds gathering at gas stations could contribute to spreading the virus.

After the previous shortage, Pres. George Weah commissioned a task force to determine what went wrong. Based on the findings, he subsequently suspended the licenses of all petroleum importers and dismissed the deputy managing director for operations at the Liberia Petroleum Refinery Corporation, Bobby Garseyu Brown. However, the report submitted to the president by the task force was never made public.

When asked by lawmakers about a short-term plan to have a steady supply of gasoline on the market within the four weeks before the next shipment is expected, Tarpeh recommended that the Liberia Petroleum Refinery Corporation start importing petroleum, a measure that is more of a medium to long-term plan.

As more lawmakers continued questioning the commerce minister, House Speaker Bhofal Chambers abruptly called for the rest of the session to be held behind closed doors.