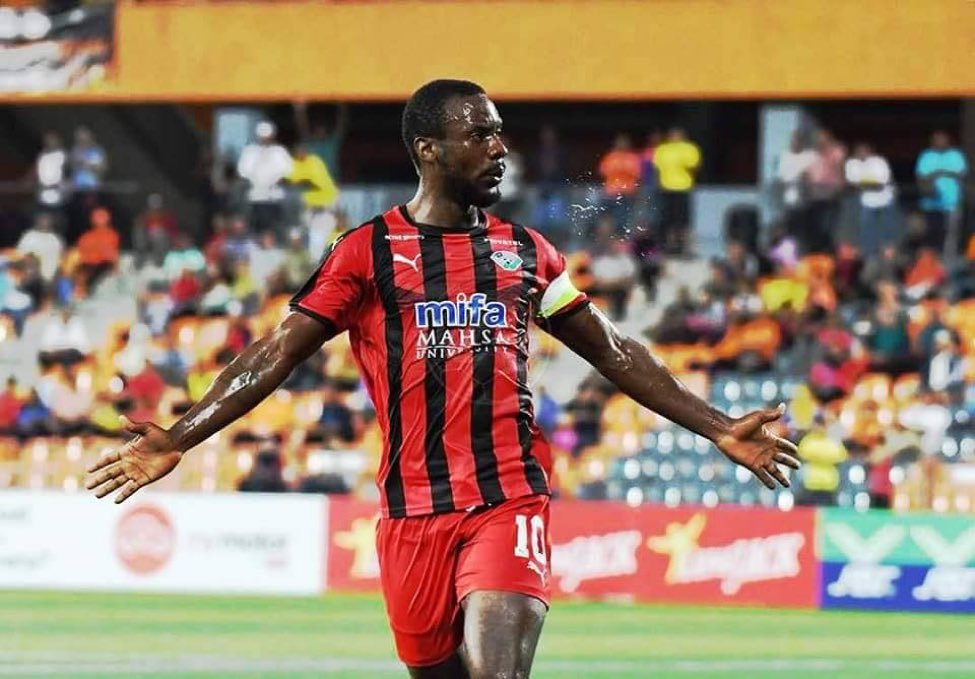 Liberians playing abroad had an unforgettable weekend after Kpah Sherman, Sam Johnson, and Zah Krangar all scored to help their clubs win in spectacular performances in their various leagues.

The Malaysia-based striker, Sherman, had the most exciting time of the pitch after scoring to help his club, MISC-MIFA, get a surprising victory over league leaders, Felda United. MISC-MIFA went against all the odds to defeat Felda United that suffered their first defeat of the 2018 Malaysia Premier League season.

Shermanâ€™s MISC-MIFA dumped Felda 3-0 on their home ground to move up the Malaysia Premier League table. MISC-MIFA took an early lead in the 8th minute through 23-year-old Malaysian midfielder, Satish Krishnan. Their lead got doubled 18 minutes later when Kpah Sherman got his first goal of the match. The former Black Aces star scored in the 26th minute to make things difficult for Felda.

MISC-MIFA went to the break with a two-goal lead and returned in the second half to score an additional goal to make the score 3-0. Sherman scored the only goal of the second half in the 56th minute. The goals were his 9th league goal in 11 league appearances and his tenth goal in all competitions in the 2018 season.

The victory took MISC-MIFA to fourth place on the Malaysian Premier League table with 16 points from 11 games.

In Norway, Sam Johnsonâ€™s debut season continues to get exciting as he helped his club, Valerenga, grab a vital three points away from home. He scored the only goal in the 55th minute to help the Oslo-based club overcome Sandefjord.

The Liberian forward has now scored six times in nine league appearances as Valerenga moved to fifth place on the table with 15 points from 19 games.

Zah Krangarâ€™s return to Indonesian football appears to be going well with the 28-year-old midfielder, who celebrated his fifth win of the 2018 season with a 2-0 win away at Persija. The former Felda United man scored in the 79th minute to add to Fabiano opener to sink Persija.

His team, Madura, is now seated at the top of the Indonesian Super League table with 16 points from eight games while this is Krangarâ€™s second league goal from seven appearances.