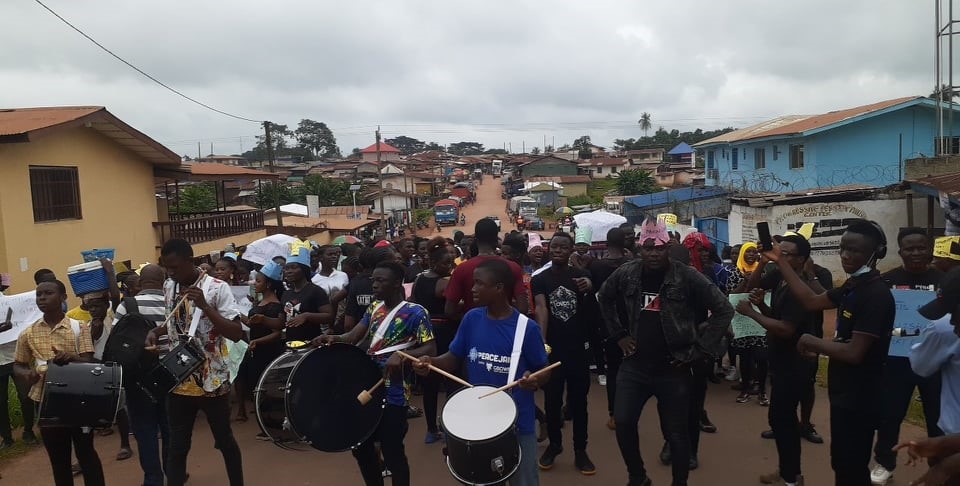 GBARNGA, Bong – As hundreds of protesters in Monrovia have been pushing for more action against a rape epidemic in the country, dozens of youth have also gathered in Bong to call on President George Weah to declare rape as a national emergency.

On Thursday, the group, mainly comprised of students from grade schools and colleges, also wants more financial and logistical support to the justice system in Bong to help effectively adjudicate sexual and gender-based violence cases.

The group’s recommendations were contained in a position statement delivered to Bong’s superintendent, Esther Walker, for onward submission to the president.

The youth marched through the principal streets of Gbarnga displaying placards containing anti-rape slogans before presenting the statement to Walker at the Gbarnga Administrative Building – the seat of the county government.

The Ninth Judicial Circuit Court in Bong recorded 36 rape cases including one sodomy, between March and August in 2020. Of this number, 21 are yet to be resolved.

The Ministry of Gender, Children and Social Protection reported that 2,590 cases of sexual gender-based violence, including rape and sodomy, happened in the country in 2019. 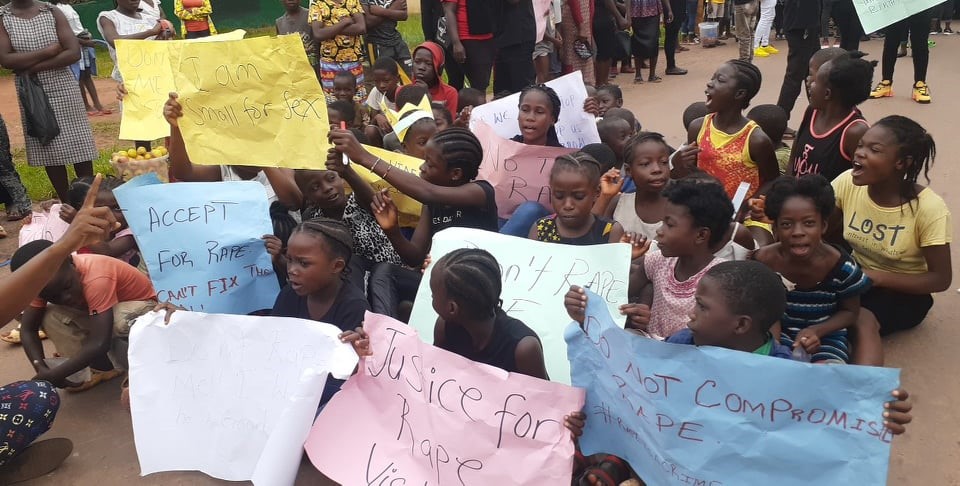 The group’s position statement was read by Emmanuel Ballah, 24, whose mother, Babygirl Cooper, 39, was shot and killed by his stepfather, Samuel Dolo, 45, in 2019 in Bong.

Dolo said he killed Cooper because of her alleged infidelity. He was found guilty of murder and sentenced to 40 years in prison by the Ninth Judicial Circuit Court in August 2019.

“Today, we have jointly organized as human rights activists, void of political influence, to speak the minds and sorrows of children and women who are sexually abused by the day,” Ballah read.

Taking delivery of the statement from the petitioners, Walker expressed empathy for the many victims of rapes in Bong and Liberia, noting that it was time to forge a common front against the rape.

“I receive this document with a heavy heart because I am a mother. To come and find my country to be giving this kind of statistics on [this] evil act, my heart is heavy. I can assure you that this document will be hand-delivered to President Weah,” Walker said.

Walker said President Weah has already set up a committee that is strategizing on how to adequately address the issue of rape in the country.

She appreciated the coordinated efforts of the young people in the county to put their thoughts together through a position statement to the government, instead of taking into the streets to block roads and hinder the free movement of other people.

The young people also petitioned the Bong County Legislative Caucus through the offices of Rep. Prince Moye and Rep. Marvin Cole of Bong’s second and third districts, respectively. Copies of the position statement were presented to staffers of the two lawmakers who represented their bosses at the event.

Liberia’s penal code considers rape a felony of the first and second degree, depending on the age of the victim and harm or severity of the effect caused to the victim during the commission of the crime.

First-degree felony rape is punishable with life imprisonment, while the second degree carries a maximum of 10 years imprisonment, although judges frequently hand out sentences of two and three years to convicted rapists.

The crime is non-bailable.