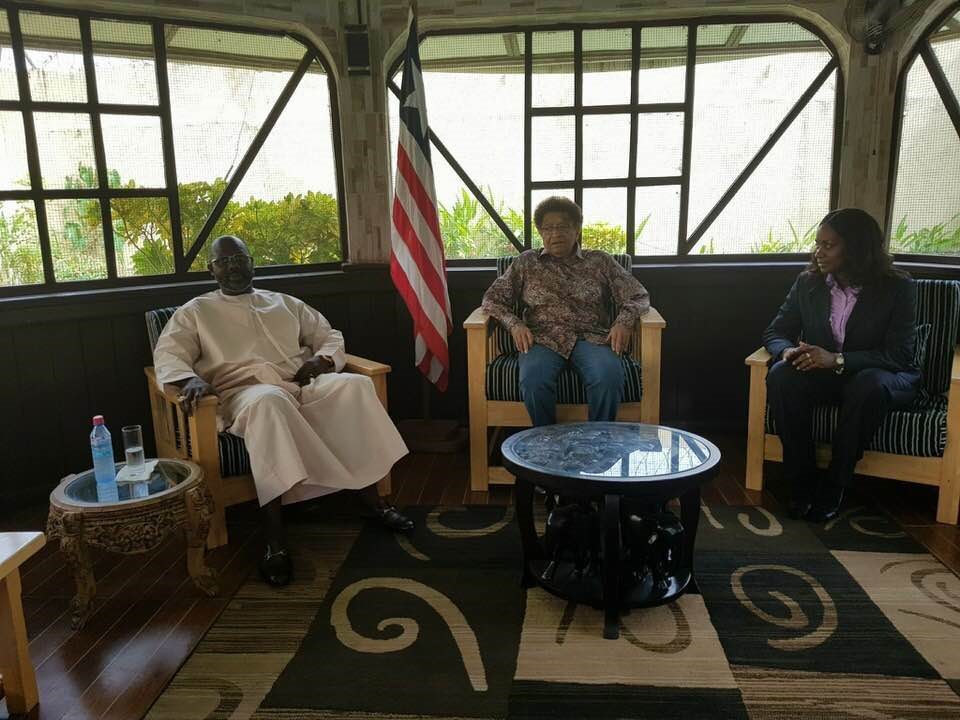 The world today is dominated by individuals who believe that there is a conspiracy in aspects of politics, business, education, religion or media. For Liberians, this is always the case. It was no surprise that in early 2017, rumors began to surface that current President Ellen Johnson Sirleaf and her Vice President Joseph Boakai had fallen out.

Gossips of a rift in the ruling party became louder as key supporters of the president began to leave their roles in the party with some pledging support to other candidates. The conspiracy theorists were given a boost in early August 2017 when the secretary general of the ruling Unity Party, Lenn Eugene Nagbe, a staunch supporter of the president, resigned from his role.

The reasons for Weahâ€™s victory are multifaceted and not as straightforward as an undercover support from President Sirleaf as it is being claimed. She did say in 2016 that she would support Boakai, even though she did not openly campaign for him or anyone else. For some, that last point is proof of non-support for Boakai. After all, Barack Obama campaigned openly for Hilary Clinton in 2016.

I do believe that Sirleaf had a hand in electing President-Elect Weah but not in the way Liberians think. I believe that her mismanagement of the education sector, corruption and nepotism, and her campaign for generational change helped elect Weah.

President Sirleaf must be credited for sending numerous Liberians overseas to develop their capacity to contribute to nation building. However, investments in the domestic education sector was non-existent or limited at best. After 14 years of civil conflict had devastated all infrastructure, investment from the Sirleaf government in education has not been good enough.

Fluctuations in education funding from her government was exacerbated in August 2017 when Education Minister George Werner suggested that education was not essential for the occupant of the highest office in Liberia. There have been some increases in the education budget, for example, an increase of 27.8 percent in 2015/16 to US$84 million from US$66 million in the previous year. However, the mismanagement of the sector by current and previous ministers, culminating in under remuneration of teachers, poor facilities in classrooms, poor showing of Liberian students in WAEC exams as well as the government refusing to pay 2018 WAEC fees, gives most Liberians the impression that the president does not care about their educational empowerment.

Corruption remains prevalent in Liberia. Even the president admitted to the nation in her 2017 State of the Nation address that she had failed to tackle corruption. To most people, she has been the aider and arbiter-in-chief of corruption through her appointment of individuals with questionable past.

She has been nepotistic in the appointment of family members to key government positions. She has also favored individuals from backgrounds closer to her, using her office to reward key friends with top jobs, irrespective of underperformances.

Heading a country that remains heavily dependent on foreign aid with over half of its citizens living in extreme poverty, Sirleaf and Unity Party are seen by many poorer Liberians as a venom that must be defeated. That made it an impossible task for Boakai.

Backtrack to January 2012 and listen to President Sirleafâ€™s second inaugural address. The key takeaway message for many political commentators like myself was the promise of a generational change in Liberian politics. She preached an overhaul of the political elites in Liberia to initiate what would be a turnover of the country to a new younger generation of leaders.

And although the president would proceed to publicly give her support to her 73-year-old vice president, she will continue to carry the torch for a generational change in Liberian politics. In a country where over 60 percent of the population is under 35 years old, this message caught on quickly.

Many conspiracy theorists contend Sirleafâ€™s verbal support for Boakai on the one hand in incongruous with her public campaign for generational change. They cite this as evidence of her support for President-elect Weah.

I believe that we are all entitled to our own opinions but not our own facts. The facts are that, for most Liberians, Sirleaf did not do enough to provide basic education for those who were not fortunate enough to get a foreign scholarship. She mismanaged the educational system so badly that she referred to it in 2013 as a â€˜mess.â€™ She remained loyal to certain corrupt officials of her government, appointed cronies to top jobs, used government positions to reward supporters and, failed, if not exacerbated, the corruption pandemic in Liberia. For these reasons, I believe that Sirleaf helped Weah get elected as Liberiaâ€™s next president and not through direct support, as some might claim.