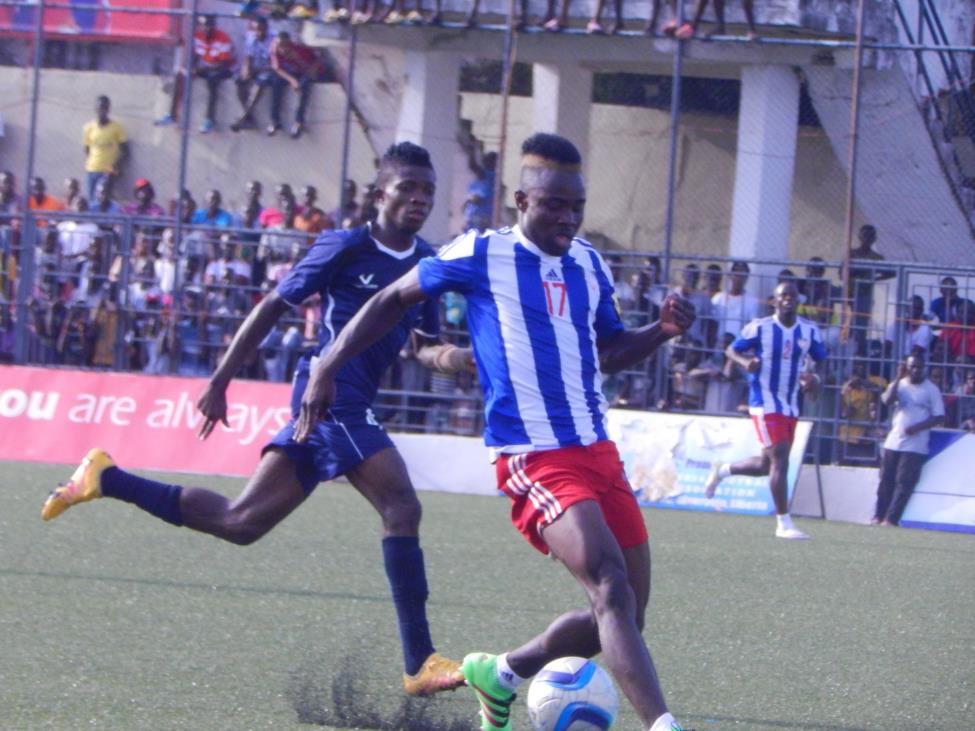 Sam Johnson might have failed to score a goal to help Liberia secure a Nations Cup qualification in Tunisia, but the former Djurgardens IF forward continues his scoring spree for his Chinese League One club, Wuhan Zall.

Before the Lone Starâ€™s match away at Tunisia, the 23-year-old scored twice to help Wuhan Zall get a 4-1 over compatriot, Sekou Olisehâ€™s Dalian Yifang, and has returned after the break with another goal registered.

Johnson scored in stoppage time as Wuhan Zall grabbed its eighth win of the season from 26 matches with a 1-0 win over league leader, Guizhou Hengfeng Zhicheng FC.

Since his summer transfer to the Chinese club, he has made himself a key man on Wuhan Zallâ€™s squad with his skill, speed, strength, and scoring. From seven matches, he has managed to score four times, providing two assists.

The three points collected at home took Wuhan Zall to the 12th place on the table with 26 points.

Elsewhere in China, there was also a victory for the former CSKA Moscow winger, Sekou Jabateh Oliseh, whose club earned a 1-0 home win over Xinjiang Tianshan.

The win kept alive Dalian Yifangâ€™s slim chance of winning the league title with 42 points, 11 points behind league leaders Qingdao Huanghai. They are currently seated fifth on the league table.

Life in Indonesia keeps getting better for midfielder Eric Weeks who made a return in June, after a short spell in Malaysia. The midfielder might have endured difficulties in the Malaysia Super League with Perak, but he is enjoying his time with his current Indonesian employer, Madura United.

After 19 rounds of matches, Madura is comfortably seated on top of the league with 40 points. Madura extended its lead at the top with four points over second placed Arema with four points after their 2-0 win at home over PS TNI.

While Weeks has set his sights on the league title, his fellow countryman, Dirkir Glay continues to struggle during his first year in Indonesia with Persiba Balikpapan. Balikpapan played to their fifth draw of the season, following a scoreless game against second place Arema FC. From 19 league matches, they are seated 13th on an 18-team table with 23 points.

Meanwhile, Liberians playing in Malaysia collectively had an awful weekend, as none of the four players were able to get aÂ win.

The season continues to get worse for Patrick Ronaldinho Wleh, whose club continues to bow to defeats. The â€œRed Giants,â€ as Selangor is commonly called, began the season on a fine note, and were considered as one of the title contenders. However, they lost momentum following several defeats and were unable to compete with league leader Johor, which has already been crowned champions with two games left to play.

Wleh, who is currently nursing a knee injury, had to watch from the sideline as his Selangor suffered a painful 1-0 home defeat to visitors Pahang. The Red Giants were unable to score a goal in front of home fans. The defeat drops Selangor to fourth on the table with 28 points from 20 games.

There was also a defeat for Felda Unitedâ€™s duo Zah Krangar and Francis Forkey Doe, whose team bowed 3-2 away at T-Team. Doe, who is the second top goalscorer with 15 goals, was unable to land his name on the scoresheet as Felda suffered its fourth defeat of the season.

Despite the defeat, Felda remains second on the league table with 42 points from 20 games.

Unlike Wleh, Doe, and Krangar who all saw their teams lost, Lone Starâ€™s captain, Teah Dennis, saw his Sarawak FA draw 1-1 at home against Kelantan. They may have gotten a point, but thereâ€™s lot to do to avoid relegation. With two games remaining to climax the 2016 Malaysia Super League season, Sarawak is seated ninth on a 12 team table with 20 points, just one more than 10th and 11th place teams Penang FA and Terengganu, and three points over bottom club, Pahang FA.

In the United State, Liberian-born Joel Johnson made his 21st league appearance for his club, Charlotte Independence, as they got an easy 4-0 home win over the Pittsburgh Riverhounds in round 26 of the Americaâ€™s third tier, the United Soccer League.

Charlotte moved up to third on the Eastern Conference table with 48 points, 15 points behind table-toppers New York Red Bull II.

Seku Conneh and Dhjibril Cisse suffered their 17th defeat of the 2016 USL season after their club, Bethlehem Steel, succumbed to a 2-1 defeat away at Charleston.

The defeat drops Bethlehem to the 11th place on the Easter Conference table with 27 points from 28 games.

In Turkey, Amadaiya Rennie made his first official start for his new club, Antalyaspor, but was unable to prevent them from going down 3-1 at home to visitors Konyaspor. The former Hammarby winger played 64 minutes before being replaced by Serbian attacker, Milan Jevtovic.

The defeat was Antalyaspor second from three matches so far this season. They are rootedÂ at the bottom of the table with just a single point.