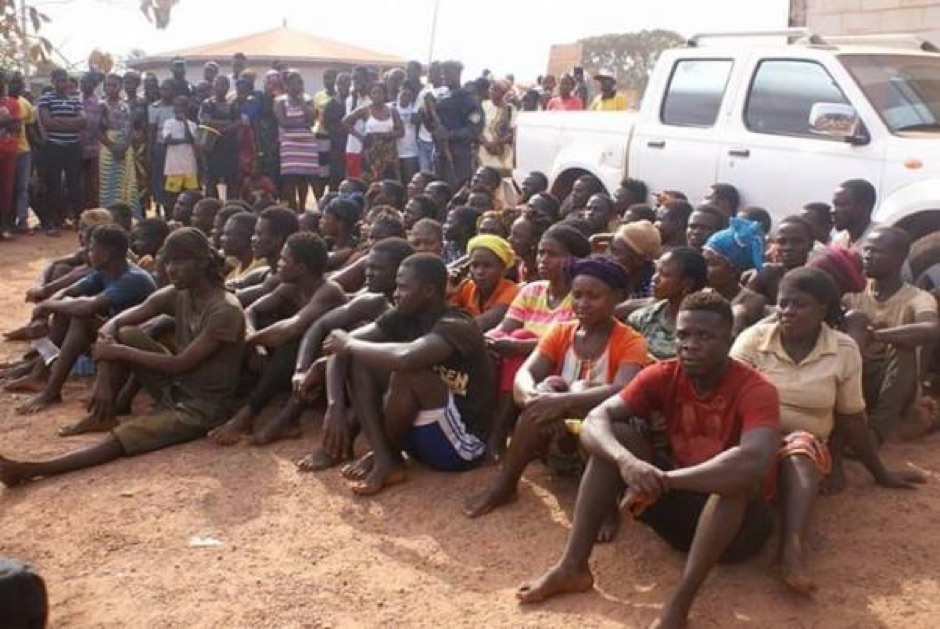 TAPPITA, Nimba â€“ Fifty-nine illicit miners arrested at the Kartee Gold Mine in Gbanipea have been released from detention by the Liberia National Police following intervention from officials of the county, including Nimbaâ€™s sixth district lawmaker, Rep. Dorwohn Twain Gleekia.

The illicit miners were detained by police after they failed to keep out of the disaster zone area following a declaration made by President George Manneh Weah. The declaration came as a result of a mudslide that claimed the lives of over 50 persons. The arrest was supported by the Armed Forces of Liberia.

Col. Augustine Gbarlea, Jr.,Â who commands the police in Tappita, affected the release. He said although the detainees had not spent 48 hours in detention, he was given instructions from his superiors to release them.

He warned the public that operations at the mine are dangerous and that those involved in illicit mining activities should keep out of the mining site.

He said the site had been closed before and illegal miners warned to leave the area.

â€œWe are giving you an opportunity right now. It is not a privilegeâ€”the next time they get you, you will not be sitting here; you will either be sitting in Sanniquellie or in Monrovia,â€ he warned the previously detained men.

Meanwhile, the miners, most of whom were jobless youth, said they had gotten involved in illicit mining activities because they lacked alternative sources of earning income.