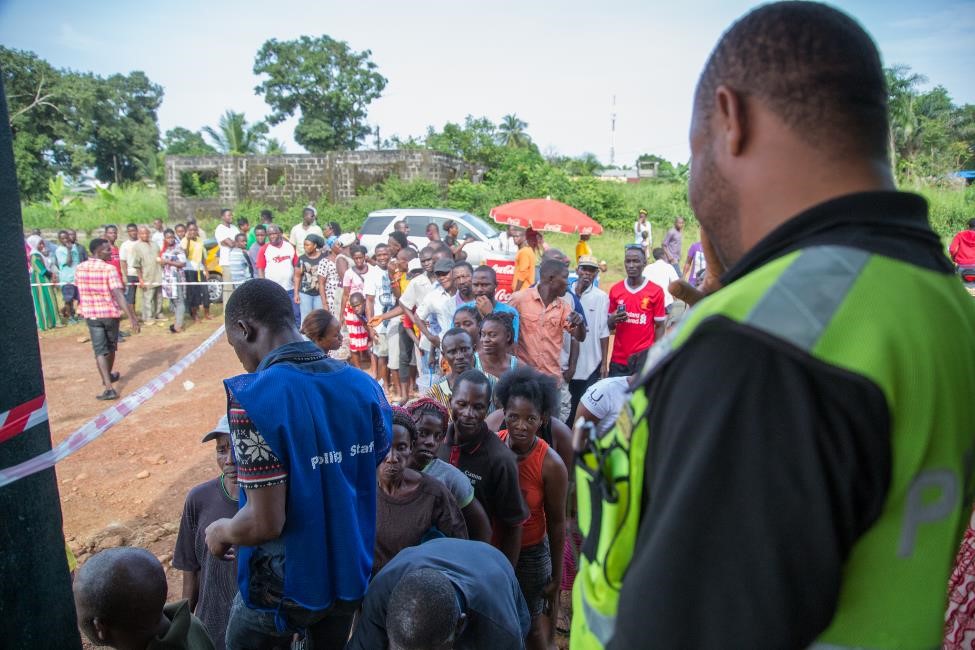 MONROVIA, Montserrado â€“ Following the polls on Tuesday, the National Democratic Institute, which served as an observer to the polls, has described the process as well-conducted while reporting that elections day was also peaceful.

In a statement containing preliminary findings issued on Thursday, NDIâ€™s co-leader and a U.S. senator, Gary Peters, said the delegation witnessed a huge turn-out of determined voters at every station it visited.

â€œIt was best summed up by a voter waiting patiently in line who told me, â€˜This is our day! I will wait as long as it takes,â€™â€ Peters said.

NDIâ€™s Regional Director Chris Famunyoh said citizens must take pride in the electoral process the country has experienced so far, noting that the elections mark a historic milestone given the countryâ€™s experience of conflict and development challenges.

Ken Nnamani, former president of the Nigerian Senate, said the October 10 elections testifies of a stronger and deeper democracy being built in Liberia.

â€œAs someone from a country in the region which has invested a lot in Liberiaâ€™s future, the enthusiasm and determination shown in this election process were very encouraging,â€ Nnamani noted.

However, the delegation said the process presented some challenges, including crowded polling precincts, which confused voters as to which queue to join. An inadequate number of voting booths at some polling centers, the absence of information of some registered voters in the final voter roll, and the failure of some polling officials to apply procedures consistently were also cited.

â€œIn a number of instances, polling places were located in buildings that presented difficult access for the elderly and persons with disabilities,â€ the preliminary findings stated.

NDI has however advanced several recommendations to the National Elections Commission, political parties, and other stakeholders of the elections.

Among other things, the body encouraged NEC to remain transparent, provide frequent updates of the process, and refine and clarify procedures for polling officials to manage voters with registration cards who are not found on the voter roll.

NDI called on political parties to continue to refrain from acts of intimidation and violence by respecting the NECâ€™s legal responsibility and address grievances through official complaint mechanism.

It encouraged the media to refrain from inciteful language and ensure that only verified information is reported.