CESTOS CITY, River Cess – River Cess is experiencing one of its worst economic periods since the outbreak of the coronavirus pandemic in Liberia. Small businesses are struggling as a surge in new cases is creating uncertainty.

Several business owners who spoke with The Bush Chicken in late July said their customers have reduced over fears of COVID-19, coupled with the restriction on the movements of people between counties during the now-ended states of emergency.

Benjamin Williams is the head of a local business association in Little Liberia, once a booming commercial town in the county. He says the outbreak has made things difficult for his business.

“In this environment, from here to the Timbo Beach area, for example, there is no free movement and we have [a] shortage of goods and the population increased,” Williams said.

When the government announced the first phase of the state of emergency and the 3:00 p.m. stay-at-home order, many people who thought the implementation would be tougher in the urban areas than the rural areas. Additionally, as fear grew that the virus was spreading in Monrovia, people began sending for their relatives to join them up-country.

Some of Williams’ family members joined him from Monrovia. As a result, he says his food expenditure has increased.

Williams is not only faced with the challenge of an increased food budget for the family; he is also concerned about preventing them from contracting the virus. According to him, he spends some of his business income to purchase additional soap and hand sanitizers.

Yarpah Town is the county’s main commercial district. It is about 60 kilometers from the port city of Buchanan, the capital of Grand Bassa, and about 35km away from the River Cess County capital, Cestos. This town is known for attracting massive business activities throughout the week.

Before the Coronavirus pandemic, travelers through the town would often stop to purchase an item or two. But the pandemic has changed everything. Businesses are now struggling to attract customers, as only a handful of travelers are making brief stops.

Melvina Kerkula is a member of the local village savings club and she sells snacks in Yarpah Town. With most of her customers being travelers, Kerkula is concerned about raising money to keep up with her daily savings requirements.

“Before COVID-19 – in a week’s time, some days either used 45, 000[LD] them, I able to get it because I use to go Buchanan sometime after every three, four days I will go buy goods and come.” Kerkula said. “Since this sickness came, the business is not easy, market is not going. How for us to get money to even pay our club dues we don’t even know.”

Now, Kerkula is hoping that the government will make some interventions to help her pay back loans she now owes the savings club.

In Cestos City, where Lincoln Togar, a prominent businessman, runs a department store, many customers who come from across the Cestos River to purchase goods from him are now afraid to travel because they do not want to contract the virus.

One of the key contributors to the economic hardships in River Cess was the prohibition of movements between counties during the states of emergency. While business people were allowed to transport their goods, commercial vehicles with their passengers sometimes spent hours at the Farmington River checkpoint to go through a security check.

“When those cars are coming from Monrovia to River Cess, the drivers will spend [a] longer time at the Farmington [River] before they can pass,” Togar told The Bush Chicken. “The essence of business is to make profit, so any money the drivers spend while coming, we can pay back and they will be counted on the business.” 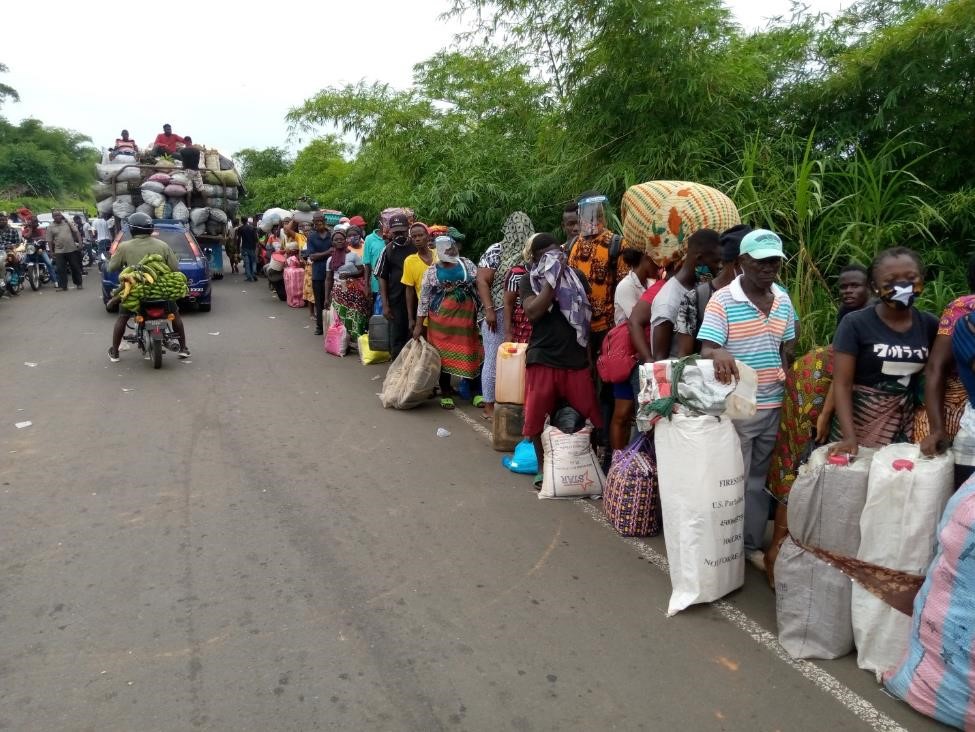 As the pandemic continues to create more uncertainties in River Cess, businesses like his are in danger of failing. It is unclear how they will withstand the impact, given that the Liberian government has not assisted the private sector in a way that other countries have done. The aftermath of the pandemic will likely mean many small businesses in places like River Cess may struggle for months or even years to recover.