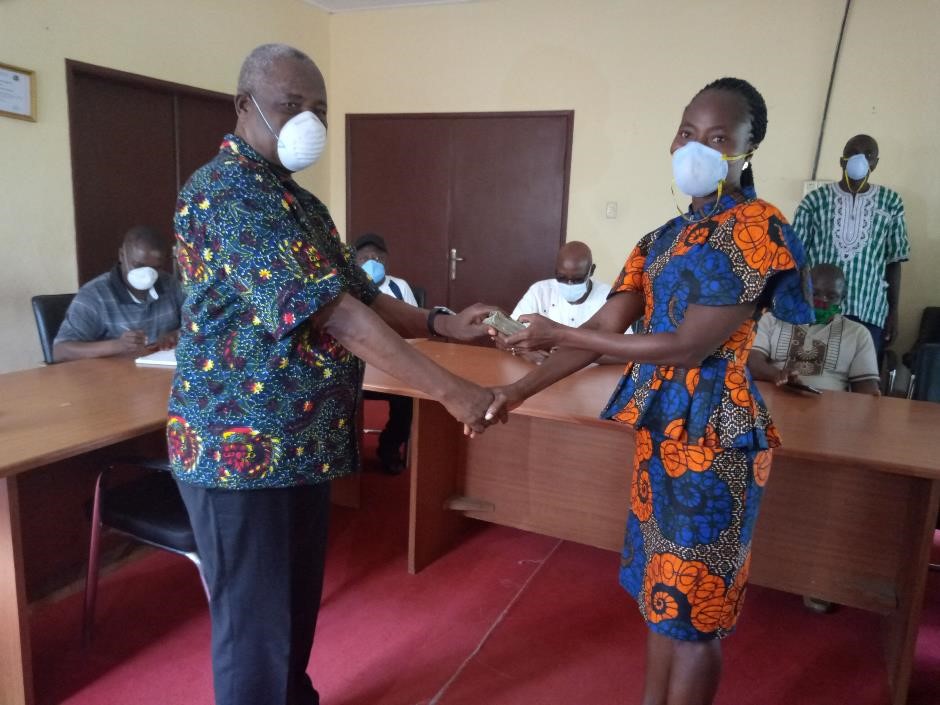 VOINJAMA, Lofa – A group consisting of former Voinjama residents in the U.S. has donated US$2,000 to the Tellewoyan Memorial Hospital to repair an x-ray machine that has been broken for more than two years.

The Voinjama District Global Association focuses its efforts on raising funds to assist the district. The group had previously donated materials to help in the fight against COVID-19.

Making the presentation of the cash to the hospital on June 15, the coordinator of the association, Pendora Zaizay, said while the group was providing assistance against COVID-19, its members were made aware of the machine’s deficiencies.

“They informed me through the association’s president in the United States, and indicated that the county referral hospital’s x-ray machine was down,” she said.

Zaizay said the lack of a functional x-ray machine meant that patients had to travel to neighboring Guinea for x-ray tests.

“We hope that the cash will be used for the intended purpose because the association’s objective is to make sure that every citizen in the county accesses reliable health services at this referral hospital,” Zaizay added.

Receiving the cash, the chair of the hospital’s board of directors, Koryon Borlay, noted that the hospital faced several other challenges.

Borlay said the current contributions from the government could not completely meet the hospital’s needs.

The Tellewoyan Memorial Hospital’s administrator, Albert Colee, also thanked the group for the donation. He said the hospital had already estimated the cost of the machine’s repair and he was hopeful that technicians would quickly repair it.