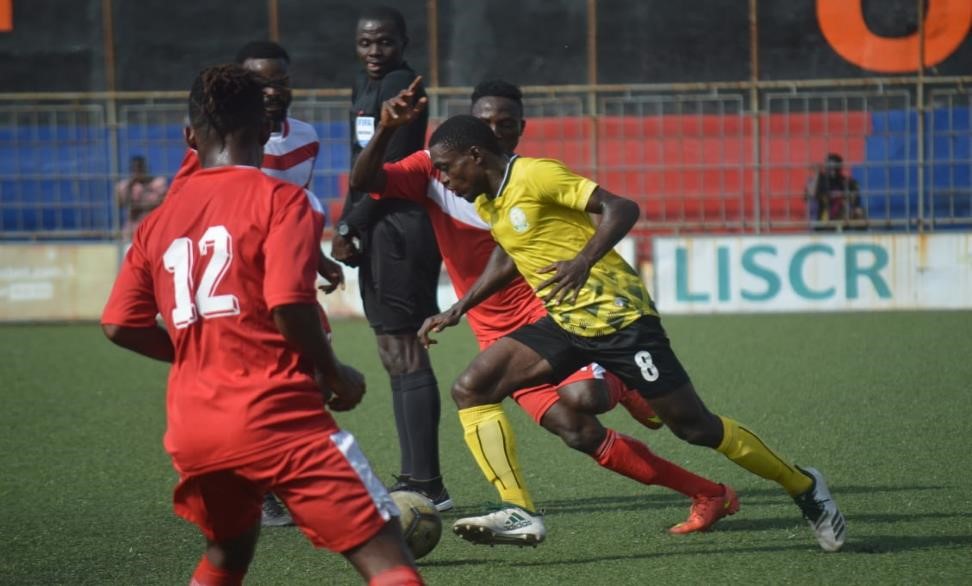 MONROVIA, Montserrado – The rise in competitive football in Liberia is increasingly apparent as the country’s top-flight league continues to see more and more teams fight for the league’s top spots. For the first time in a decade, the Liberia Football Association’s first division league has graduated from a two-horse race for the top to include teams as far down as seventh-place tussling for an opportunity at the top of the league.

The first phase of the 2019-20 LFA Orange first division league came to an end on Feb. 26 with the top four teams all finishing with 19 points each, a point above the fifth-placed team. A single defeat of any of the top four teams can now drastically change the ranking of the league.

The 2016-17 unbeaten champion, LISCR Football Club, finished at the top of the log and the team is now tied in points with second-place side Mighty Barrolle, third-place Freeport Football Club, and fourth place side Monrovia Club Breweries Football Club. The top four teams are a point above the LPRC Oilers, which is seated fifth place on the log, with three points above the sixth and seventh-placed sides, FC Bea Mountain and Nimba Kwado Football Club, respectively. 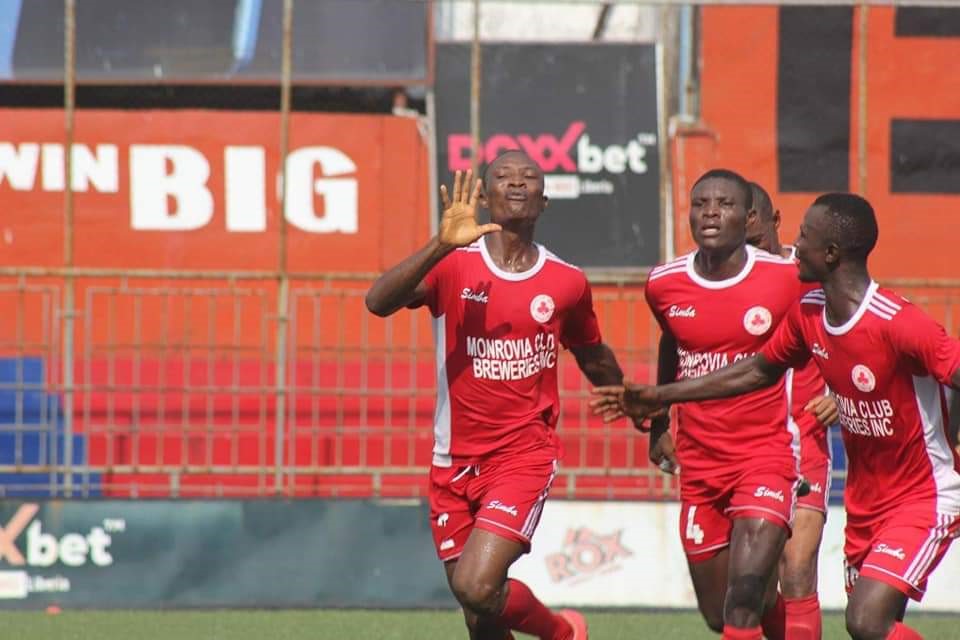 Quite surprisingly, Monrovia Club Breweries Football Club started on a positive note and seized control of the league table until after the tenth game when they surrendered their top spot to Mighty Barrolle, another surprise title contender.

Not only did Monrovia Club Breweries and Mighty Barrolle make it into the top four to compete with LISCR Football Club and LPRC Oilers, but first division newcomer, Freeport Football Club, has also gone against the odds to enter the challenge for the title.

Established in 2011, Freeport FC is competing in the top flight for the first time in its history and has turned out to be a surprise contender for the title.

This season’s competition is the first time in more than 10 years that the first division league has seen such intensive struggle. The league had been previously dominated by LISCR Football Club and the dissolved Barrack Young Controllers Football Club. Except in 2015 when Nimba United put up a strong fight against LISCR Football Club to win the league and in 2019 when LISCR FC finished second behind the LPRC Oilers, who became champions, LISCR and BYC had traditionally dominated the league titles.

The competitiveness and intense battle of soccer wits witnessed in the first phase of the league has left many fans and football authorities excited about the growth of the local league. Fans are increasingly eager to witness more excitements in the second phase when the champions will be decided, as ticket sales and attendance are predicted to experience an uptick.

The second phase of the league commences on March 13, with six games across four venues. At the Antoinette Tubman Stadium in Monrovia, the NPA Anchors will host Monrovia Club Breweries in game one, before LISCR FC hosts LPRC Oilers in game two.

Nimba FC will host Small Town in game one at the Nancy Doe Stadium in Kakata. In the second game, Freeport FC will be hoping to continue its good run when it hosts Watanga FC. In Sanniquellie, Nimba Kwado will host Mighty Barrolle, while FC Bea Mountain will host Nimba United at the Kinjor pitch in Bomi.