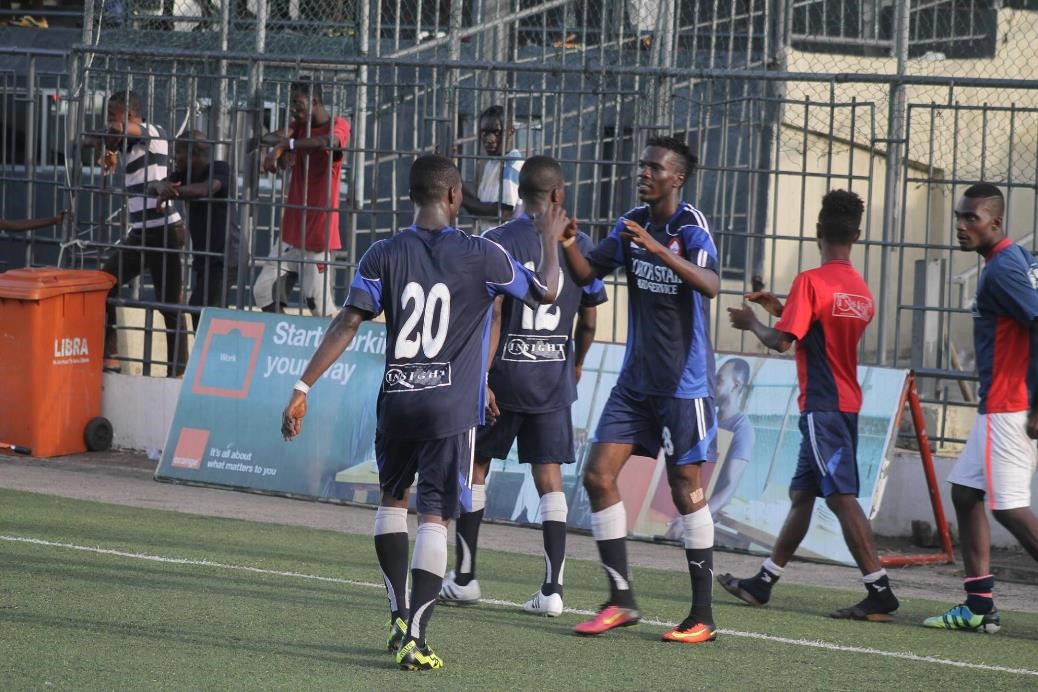 MONROVIA, Montserrado – The third round of the Liberia Football Association Cup was played during the week with Nimba United securing the only victory among the three first legs matches.

The Mountaineers secured a narrow 1-0 win over Keitrace Football Club at the Antoinette Tubman Stadium to go into the return leg with a better chance of reaching the semifinals.

With Nimba United drawing their previous three league matches and Keitrace suffering three consecutive league defeats, both teams were aiming to get a win. However, it was Nimba that got the three points after Darlington Sumo scored in the 80th minute to send them to the return leg with a chance of reaching the semifinals.

They will have to avoid defeat against fearless Keitrace, a team that is known for stunning bigger clubs.

Samira Football Club, the only third division side in the competition, continues to pull out surprising results against bigger opponents as they were held to a 2-2 draw by the tournament’s defending champions, Monrovia Club Breweries, a first division side.

The Scoring Scorpions knocked out first division teams Mighty Barrolle and Jubilee Football Club in the first and second round before their crucial match against Club Breweries in the third round.

They almost secured a surprise victory against the Beer Boys, but Benjamin Sarkoh’s equalizer saw them settle for 1 point at the blow of the final whistle.

Both teams began the match on a very high note with skillful ball displays. After several failed attempts, Breweries took the lead in the 37th minute through their goalkeeper, Abdulai Koulibaly, who scored his sixth goal of the season from the penalty spot. The first half break ended with Samira down by a goal.

The third division representatives returned from the break with an equalizer just two minutes after the start of the second half. Jimmy Mulbah got the score leveled as the stadium went wild with jubilation from the Samira FC fans who were confident that their team would cruise to victory over a top-tier club.

The score remained 1-1 until ten minutes to the end of the game when Samira took a surprise lead after an error from Breweries’ center defender, Raymond Fanciah, and goalkeeper, Abdulai Koulibaly. Both failed to clear the ball from the danger zone on time and Samira’s captain, Thomas Kojo, seized the opportunity to score.

Samira was heading to a 2-1 win but was denied just three minutes to full time when Club Breweries leveled the score. Breweries’ Benjamin Sarkoh scored from within the six-yard box to secure an equalizer.

With Club Breweries playing away in the second leg, Samira stands a better chance of reaching the semifinals. A win against Breweries will see Samira reach the semifinals. With the first leg ending 2-2, the only need a goalless or 1-1 draw to proceed to the semis.

Meanwhile, the final match of the third round brought together two rival clubs – LISCR and FC Fassell – for the third time this season.

Having played two legs in the ongoing national league, both sides met for the third time in the first leg of the FA Cup’s third round.

With LISCR getting the maximum six points from the Soccer Missionaries in the first division league, the match was expected to be a tough one as Fassell would want to prove they are the stronger side. Fassell got off to a flying start by taking a 26th minute lead to causing wild cheers in the stadium from their fans. They got the lead through speedy winger Terrance Tisdell, who beautifully beat LISCR’s goalkeeper Tommy Songo with his left foot from San Chibli’s assist.

However, the score was leveled before the half-time whistle, with LISCR scoring from a set piece. Former Gardnersville midfielder, Sheku Sheriff converted the set piece from the edge of the penalty box to equalize for the Shipping Boys.

The remainder of the match was full of fireworks with the two teams creating lots of scoring chances that they failed to make use of to get the three points ahead of the return leg.

Fassell was playing at home, and the result favors LISCR who need at least a goalless draw in the return leg to proceed to the quarter-finals.