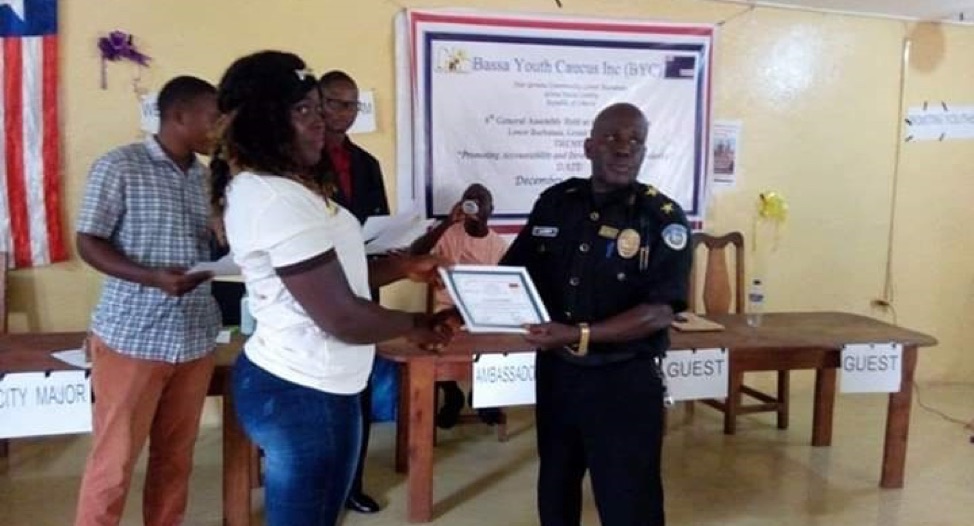 The institute is a local driving program based in Montserrado. However, it established the Buchanan branch in 2017 to train individuals interested in driving education in that part of the country. The first training cycle was sponsored by the German Embassy in Monrovia.

Dacanâ€™s CEO, Dacanna Barbawoo, said until the launch of the first training cycle, the program has been preparing its offices to make it a conducive learning environment for students.

â€œSince we extended our institution in Grand Bassa County, this is the first graduation ceremony and it is being sponsored by the German embassy,â€ Barbawoo said.

He announced that the presence of the institute in Grand Bassa was an opportunity to those desirous of becoming professional drivers to get prepared for the job market.

He said members of the first cycle were trained for more than two months in basic driving techniques, in both theory and practice. He also assured that the instituteâ€™s operation in Grand Bassa would continue in order to provide professional skills to more Liberians.

He called on the new graduates to serve as ambassadors of the institution by exhibiting excellent performance in their various institutions of employment or service. This, he said, will also motivate others to take advantage of Dacanâ€™s programs.

At least a third of the newly certificated professional drivers were females. Members were recruited from different institutions across the county, including personnel of the Liberia Immigration Service and the Liberia National Police.

Delivering the keynote address, the president of the Bassa Youth Caucus, Othello Contowor, called on the graduates to see the new skills acquired as a steppingstone and motivation for achieving bigger goals.

â€œAs things will get better and more companies are expected to come and carry on investment, they will need more workers with skills,â€ Contowor said. â€œSo, it is better that young people get themselves prepared for the job market â€“ not only in driving but also computer science and other vocational skills.â€

He also encouraged the graduates to exhibit the good professional conduct they were thought to uphold as professional drivers.

Contowor advised Dacan to include training for motorcyclists in their professional development program, in an effort to reduce accidents and traffic violations.

The graduation program was attended by ordinary citizens and local officials, including the mayor of Buchanan, Moses Hynes, and the Ministry of Youth and Sportsâ€™ coordinator in Grand Bassa, Jallah Sekpeh.