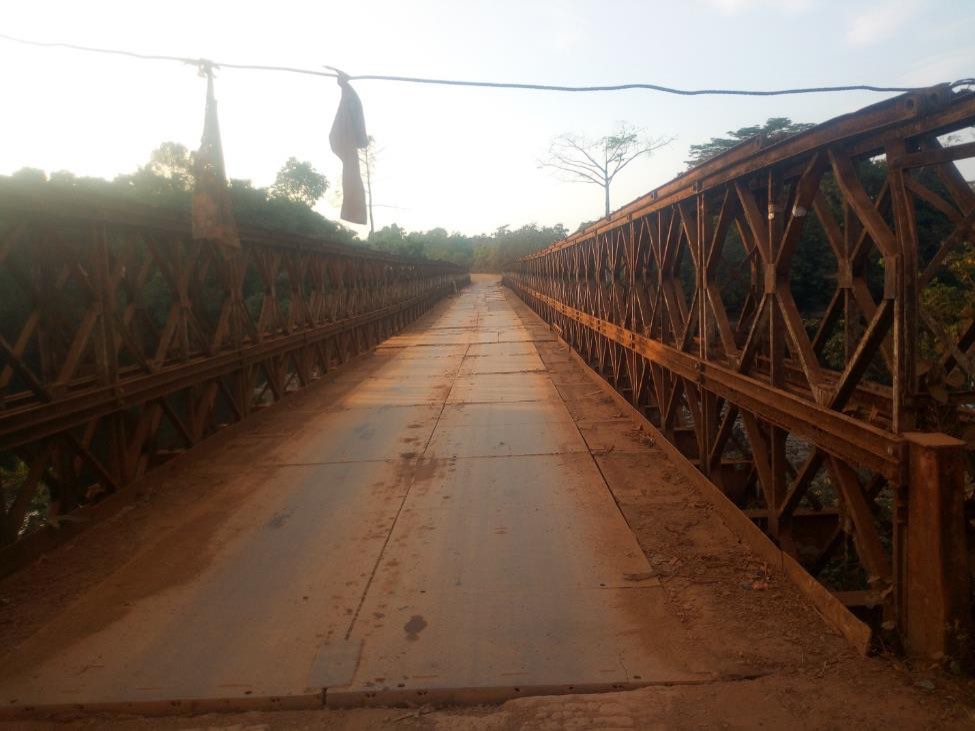 According to Davis, Jupiter Construction is closing the bridge to the public today, Friday, May 18 until Monday, May 21 to allow his company the chance to begin construction of the concrete portion of the bridge.

“We are about to cast two of the three piers beneath the bridge and we can’t do it from under,” Davis said. “We will have to remove the steel plates from over those piers for us to have the chance to do the work.”

“But we have talked with the locals who have agreed to make canoes and ferries available while we do the work,” he said.

Speaking to The Bush Chicken on Thursday, May 17, Davis said the bridge will be closed for a second time before the demolition, which will happen in June.

“When we are working on the pier on the Grand Bassa side, we will close the bridge again,” Davis said. “But the main closing will be in June. By that time, we will demolish the whole thing to assemble the new one – and that will be completed by July 15.”

Davis noted that the bridge is not being repaired but being replaced. The work will last until July 2018.

Constructed in 1976, the 42 years old Baily Bridge over the Timbo River forms the boundary between River Cess and Grand Bassa and is the most direct connection between Monrovia and the south eastern counties.

During the construction, commuters choosing to continue using the route will have to pay for three trips: one to arrive at the bridge, another to cross in canoes or a ferry, and another to take them to their final destination.

Sharing
Tags Jupiter Construction
Contributions to The Bush Chicken are not tax deductible.