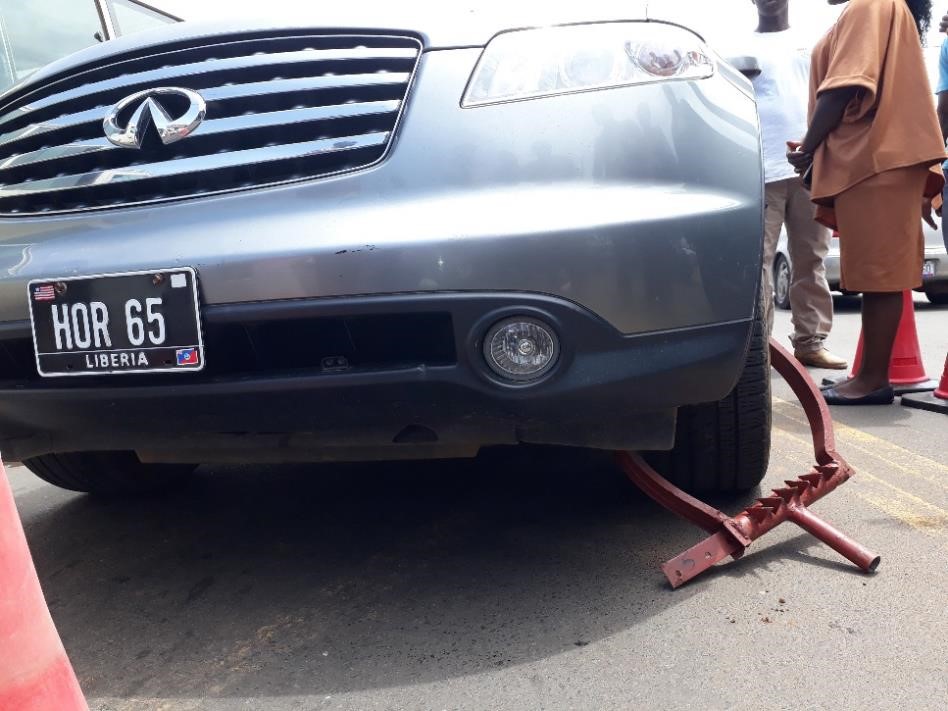 MONROVIA, Montserrado â€“ Lawmakers within the House of Representatives have proposed a bill to amend the Vehicle and Traffic Law to exclude top government officials from many of its key provisions.

Those provisions that lawmakers are seeking to exclude themselves from are contained in the â€œRules of the Roadâ€ chapter of the law. If passed, the bill will mean lawmakers will not be legally required to abide by rules against reckless driving, operating a vehicle in an unsafe condition, or speeding. The senior government officials would also not have to adhere to traffic signals or be banned from driving under the influence of drugs and alcohol.

The bill has already been reviewed by the House Committee on Transport, headed by Rep. Emerson Kamara of Grand Cape Mountâ€™s third district. Mary Karwor of Grand Bassaâ€™s second district is the co-chair of the committee. The committee presented a report on September 6 to the plenary.

As lawmakers are proposing changes of self-interest to the Vehicle and Traffic Law, the law, which was written in 1972, is long overdue for a more comprehensive rewrite. The law makes references to fines and fees that do not specify which currency to use. Additionally, those fines and fees, which will need to be updated often, are more suitable to be contained in regulations, as opposed to a law.

The move to exclude themselves and other top government officials from abiding by the rules of the road comes just three months after two lawmakers had their vehicles stopped by inspectors from the Ministry of Transport for not being registered.

During a routine inspection of vehicles on Monday, June 11, a vehicle belonging to Rep. Yekeh Y. Kolubah of Montserradoâ€™s 10th district was impounded by Ministry of Transport inspectors for not being registered, in addition to the driver lacking a driverâ€™s license.

The incident occurred at the 540 Junction in Congo Town. Oliver Dillon, the inspector who impounded the vehicle, said it contained plates used by lawmakers from earlier years, as opposed to the plates currently used. Moreover, the vehicle only had one license plate, at the front of the vehicle.

â€œThis car technically belongs to Representative Kolubah and this plate is expired and more besides, only one plate itâ€™s carrying, and our law says you should carry two plates, one at front, another at the back,â€ Dillon said. â€œAlso, the driver does not have a driverâ€™s license. Heâ€™s not above the law. Even [a] lawmaker should have a driverâ€™s license â€“ thatâ€™s what qualifies you to be a driver.â€

The lawmaker was not in the vehicle at the time of the vehicle being impounded but he soon came to the scene and demanded the release of this vehicle.

Kolubah said, as a lawmaker, his driver did not need a license.

â€œLa my security. Anything he do, heâ€™s open for it,â€ Kolubah said in colloquial Liberian English to a group of reporters who had gathered. â€œHeâ€™s assigned with me in the Capitol and on the Capitol payroll.â€

Citizens on the scene expressed dissatisfaction about the abuse of power by the lawmakers, whose vehicles were eventually set free by the inspector.

â€œSince you let him go because heâ€™s a representative, you must let us go too because we too are citizens and if those we elect to represent us and make laws on our behalf violate the law and go free, why should we also suffer from same violation,â€ said Peter Doe, a commercial driver on the scene.

Lawmakers later summoned Sam Wlue, the transport minister and Dillon, the inspector, and threatened to hold them in contempt.

Sharing
Tags Ministry of Transport, Yekeh Kolubah
Contributions to The Bush Chicken are not tax deductible.