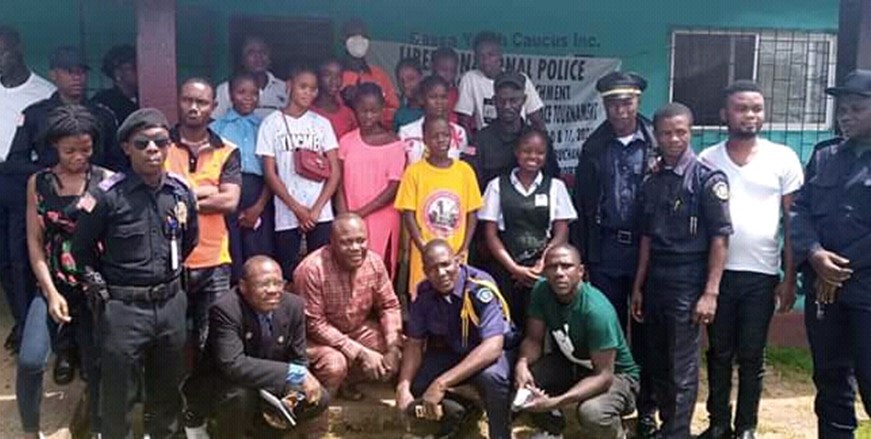 BUCHANAN, Grand Bassa – The traffic and road safety division of the Liberia National Police has launched another round of road safety awareness in Buchanan, Grand Bassa.

The awareness is part of previous efforts to reduce the high rate of road traffic accidents in the county. Ordinary road users, county officials, and police officers participated in the one-day event, which took place on February 10.

Grand Bassa has the third-highest occurrence of road accidents in the country. In 2019 alone, the local police in the county recorded 66 accident cases, with 37 deaths and 133 injuries reported.

Grand Bassa’s chief of traffic, Santoe Pederson, disclosed that in 2020, the county recorded 45 road accidents, causing 15 deaths. Many of the injuries led to permanent disabilities in survivors.

“We will have officers patrolling in this city and on the highways to monitor and regulate road user’s movement in Grand Bassa, for the purpose of eradicating or minimizing road accident,” he said.

Making remarks, the commander of the LNP in Grand Bassa, Assistant Commissioner Sarkoh Freeman said the launch of the new round of awareness marks a new day for road safety in the country.

“Our gathering here today is to find a solution to the occurrence of many accidents recorded in Grand Bassa County,” he said.

“We have lost hundreds of our brothers and sisters, love ones, relatives and friends only because of unhealthy and misguided driving and riding along the Monrovia to Buchanan road, the Bassa to Gio road, and as well as in Buchanan City itself.”

In 2020 the 15 deaths from road accidents along the Buchanan-Monrovia highway included the late Adolph Lawrence, who was representative of Montserrado’s 15th district and husband of the Grand Bassa’s Sen. Nyonblee Karnga-Lawrence.

Freeman named reckless driving, absence of streetlights along the major highway, low monitoring of vehicles at parking stations, reckless use of motorcycles by young people, and the lack of Road Safety and Traffic education as some of the reasons for the high road accident rate.

He, meanwhile, challenged officials of the county, citizens, and other stakeholders to join the Police in educating road users against reckless driving and other acts that contribute to accidents.

Also speaking at the event, the head of the Grand Bassa Legislative Caucus, Sen. Jonathan Kaipay, promised to push for increased budgetary allotment to the county’s police detachment to allow it to purchase vehicles and further equip the police to carry out essential law enforcement duties. 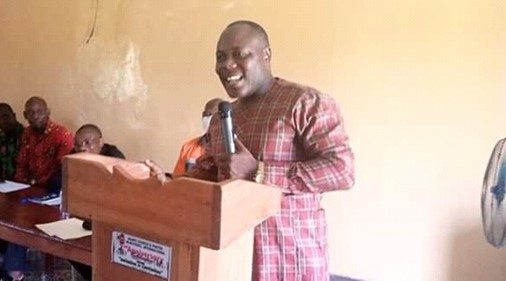 In 2018, the World Health Organization ranked Liberia as having the worst safety record in sub-Saharan Africa, with an estimated 35.9 deaths per 100,000 people. This is likely due to the lax implementation of many road safety measures, which the National Road Safety Action Plan was developed to address.

Most of the country’s road accidents have been attributed to defective vehicles, such as worn-out tires, poor lighting, and failed brakes, especially on commercial taxis and heavy-duty vehicles, as well as lack of usage of helmets by motorcyclists, excessive speed, and lack of knowledge of safe road usage, including crosswalks.

An LNP accident report covering January 2007 to April 2018 revealed 14,505 accidents recorded over the period, with 1,208 cases reported annually and 100 cases reported monthly, on average. These cases accounted for at least 1,747 deaths and 9,189 injuries. At least 49 percent of the accidents were recorded to be occupants of vehicles.

The report named pedestrians as the most vulnerable in road traffic accidents, constituting 40 percent of the deaths. It also indicates that low drivers’ education on the traffic and traffic laws as well as pedestrians’ knowledge of their rights and responsibilities as part of the causes for the high rate of casualties and accidents.