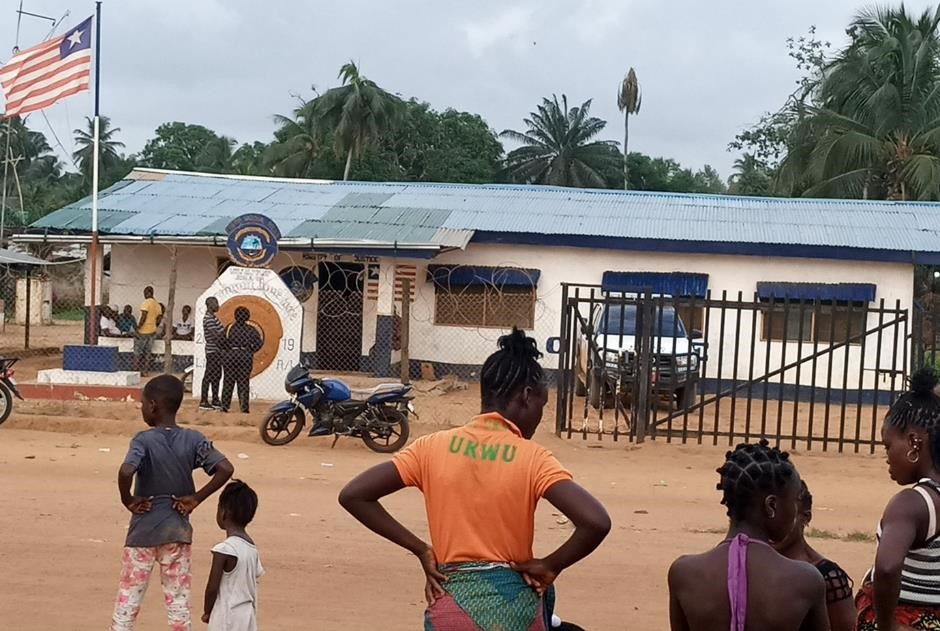 PALIAHTROKEN, Sinoe â€“ Police in Sinoe are investigating seven suspects in connection to the disappearance of a three-year-old in Paliahtroken, Upper Tartweh Kpanyan Statutory District. The child went missing on the afternoon of Friday, March 6.

In an interview with The Bush Chicken, the childâ€™s mother, Marie Saydee, explained that she and her husband had left the child with a 16-year-old caretaker, Sunnyboy Toe, and went to work on the farm.

â€œWhen we came back, my baby was nowhere to be seen,â€ Saydee explained. She said Toe told her he had taken the toddler with him to the riverside along with other children to wash clothes. While at the riverside, the child fell asleep.

â€œSo he decided to give the child to our uncle to bring the child home, not knowing that our uncle already got money from people to look for human beings,â€ Saydee added.

The 70-year-old uncle identified himself only as Disco and is now accused of receiving US$400 from a man rumored to deal in human kidnapping, Isaac David. Police are now holding both men, in addition to five others, including a Peter Doe.

The suspects were sent to the Greenville Magisterial Court where they will be tried, as family members of the missing child are calling on the Ministry of Justice and the court to deliver a free, fair, and transparent trial.

Meanwhile, the missing child has still not been identified and it is suspected that the child may have been killed and its body parts used in rituals.

In a related development, a 40-year-old Nigerian, identified only as â€˜Ogba,â€™ was discovered dead a little over two weeks ago in a nearby village called Kakaba in Jladea Statutory District. His corpse had major body parts extracted, according to the police.

Shortly after the body of the Nigerian national was found, a 56-year-old woman identified as Evon Sargbeh was discovered dead on her farm on March 9. She was a resident of Gbason Town in lower Juarzon Statutory District. As with the Nigerianâ€™s corpse, Sargbehâ€™s private parts and tongue had also been extracted.

Police have arrested four suspects in connection with Sargbehâ€™s death, but so far, none of the six suspects named by police have been arrested in the death of the Nigerian.

The U.S. State Departmentâ€™s 2019 report on human rights practices within Liberia notes that human rights observers have seen â€œan apparent uptick in harmful traditional practices, including ritualistic killings, trial by ordeal, and accusations of witchcraft, but the government and NGOs did not collect comprehensive data.â€ Ritualistic killings occur more frequently in southeastern Liberia.