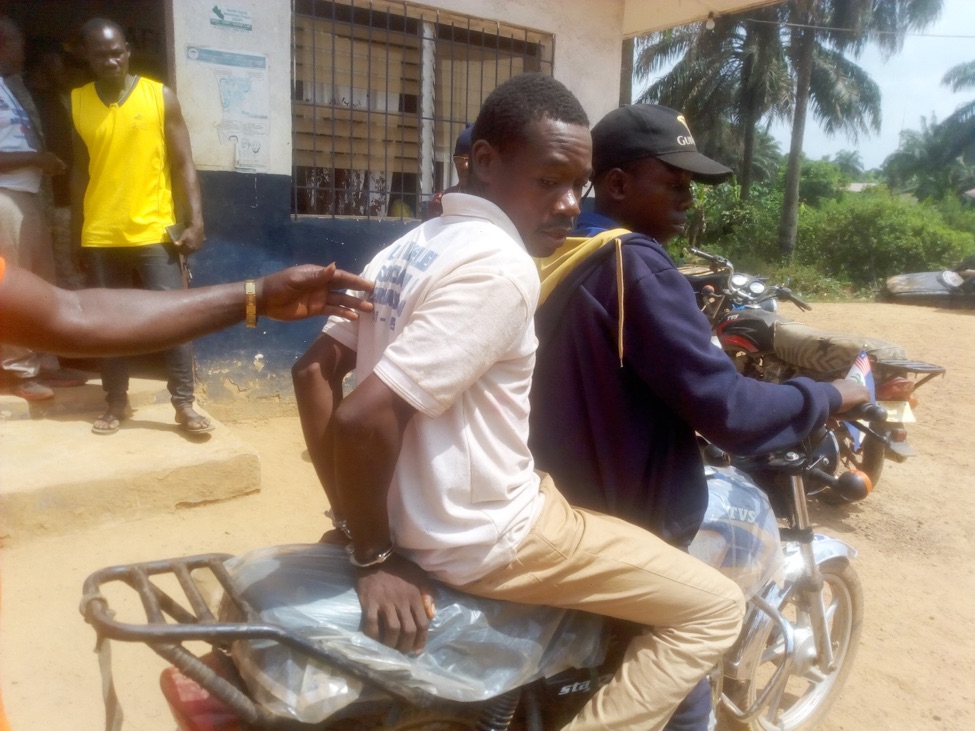 YARPAH TOWN, River Cess â€“ Officers at the Yarpah Town Police depot in River Cess have charged a 43-year-old man with aggravated assault for hacking his friend. Moses Garway allegedly committed the crime when a fistfight ensued between him and the victim, David Joe, over ownership of an oil palm tree.

Joe told police investigators that he had gone to harvest palm fruits in the bush when he was forced into a fistfight with Garway, who was claiming ownership of the oil palm tree. During the fight over the palm fruits, the perpetrator allegedly picked up a cutlass and chopped Joe over the left eyebrow.

He was immediately rushed to a nearby community and treated for the wound he sustained. 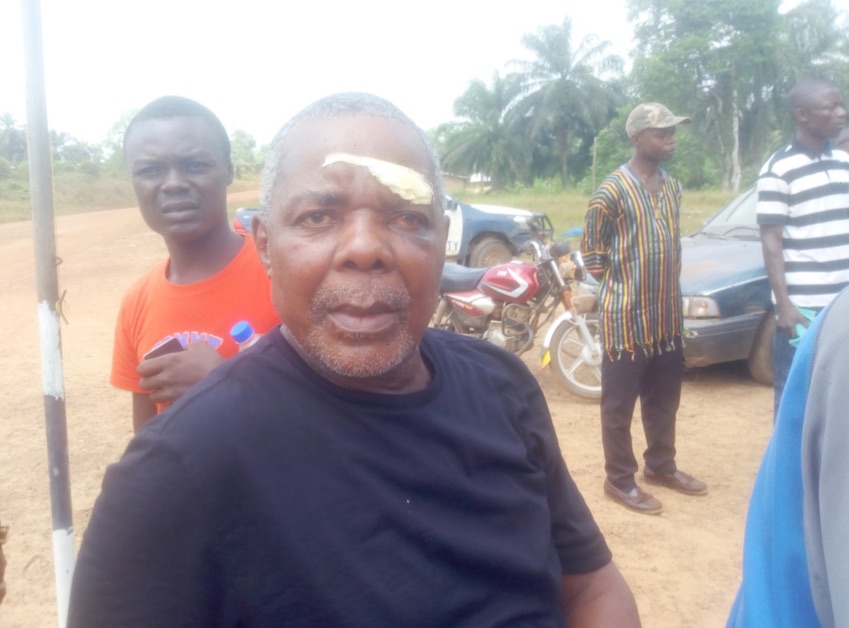 Garway was arrested and placed in the withholding cell at the Yarpah Town Police depot following a preliminary investigation by the police. He was charged and sent to the Cestos Magisterial Court on January 13, where he is awaiting trial.

Residents told The Bush Chicken that Garway has been claiming certain portions of a nearby palm farm he said was planted and given to him by his grandparents. One of those residents, Solomon Kouduo, said the defendant has chased people away from the farm on numerous occasions.

â€œThis is not his first time doing this, because he said the place is for him so he doesnâ€™t allow people to do anything around that area,â€ Kouduo said.

â€œThe fact that you are seeing only his wife and brother following to case should tell you that we are all fed up with his behavior.â€

Residents said Garway had also chased away another person from the palm farm using a firearm.

Garway admitted that he committed the acts; however, he was optimistic that he would be freed after the case was heard. He is expected to appear in court for the beginning of his trial today, January 23.