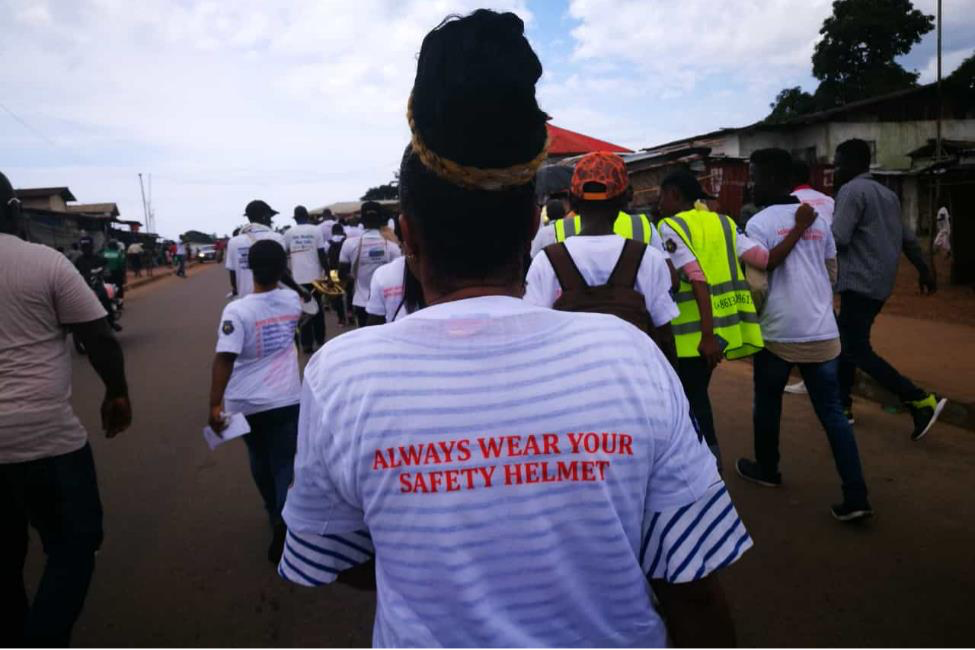 According to an eyewitness who wished to remain anonymous, the victims, Amadu Dukuly and Malikee Fula, collided head-on on July 28. Both men were reportedly speeding excessively and celebrating on the bike as they were going to receive a senatorial aspirant, Joseph K. Jallah, in Massabolahun.

Jallah had gone to the town to endorse the leadership of his political support group, Friends of Cllr. Jallah in Wanhassa District, which will support his Dec. 8 bid for the county’s senatorial seat.

Jallah, who has contested for two terms in Lofa with no victory, was in tears when he arrived in Massabolahun.

“I am unable to speak and my condolences to the family,” he said.

The World Health Organization estimates that there were 1,657 deaths resulting from road accidents in Liberia in 2018 – the highest amount of traffic deaths in the world per capita. In February 2020, senior Liberian officials, including the minister of transport and the inspector general of the Liberia National Police attended the third annual Global Ministerial Conference on Road Safety in Stockholm, Sweden.

There, the Liberian authorities signed onto the Stockholm Declaration, pledging to reduce the number of deaths by road accidents by zero by 2050. The goal is generally known as Vision Zero and has been adopted by municipalities around the world, including New York City.

However, in Liberia, this pledge has not yet amounted to concrete actions. For motorcyclists, one of the biggest improvements in safety would be to require helmets for all riders. However, the Liberia National Police does not enforce this. Both of the victims of the Massabolahun accident suffered visible injuries to their heads and were not wearing helmets.