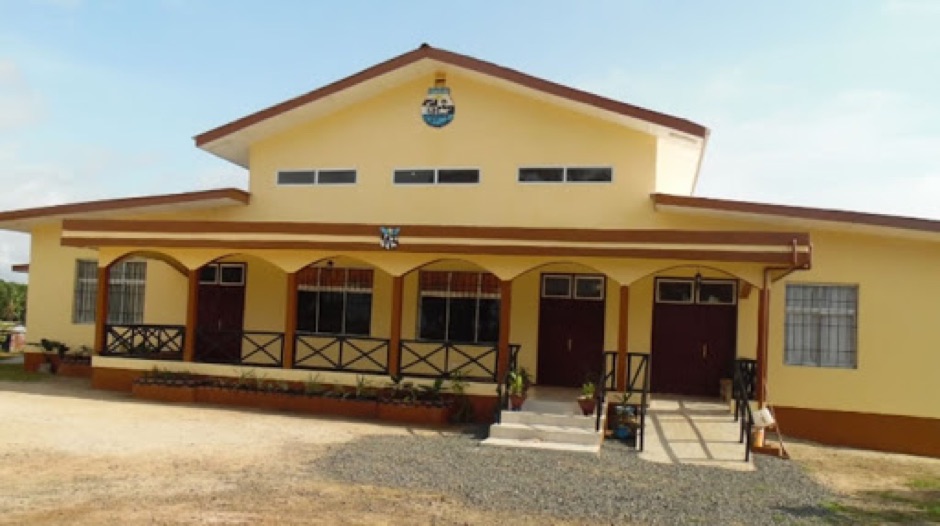 BUCHANAN, Grand Bassa â€“ The Buchanan City Corporation has finally presented its long-awaited annual report. Presented by the city mayor, the report highlights major challenges during the two years under review, as well as some prospects ahead.

Under the cityâ€™s ordinance, city leaders must report on activities each year in December on â€œGbehzohn Day.â€ But it has been two years since the administration of Mayor Moses Hynes took office in June 2018 from former Mayor Julia Buno, and no report has been presented. The current report, therefore, covers two years of activities.

At a special program held at the City Hall on Wednesday, Jan. 29 for this purpose, various representatives of citizen groups came together to listen to the mayor.

In his presentation, Hynes was quick to highlight the challenges which had prevented a timely presentation in the first place. But he also highlighted other challenges, including garbage collection and waste management, poor sanitation, rising crime, and public nuisance, refusal of businesses to pay municipal taxes, lack of legal support for the City Court, poor health and educational conditions, breakdown of systems and structures in city governmental functions, weak internal controls, and a chronic lack of awareness of the city ordinance by city residents, which pose great obstacles to smooth functioning of the city.

He noted: â€œAmidst the many challenges ranging from garbage collection and waste management, illegal intrusion and operation of aliens, poor security, illegal sale of alleyways and construction without permit, poor care of sacred sites including graveyards, alarming rate of many young boys and girls taking narcotic substances, limited technical and vocational centers for thousands of inhabitants and poor community leadership structure, were among the many challenges faced by our unique and great city.â€

Despite these challenges, however, the city government did register some milestones during the period, key among them was the hosting of a crucial consultative community development meeting in which some guidelines were developed about how to tackle the garbage and waste situation, city sustainability, tourism investment for jobs creation, and the strengthening of community and zonal leadership.

â€œAs the city grows and develops, jobs creation, and other basic social services become cardinal to the overriding vision of the Buchanan City Corporation. The corporation has made efforts reaching out to maintain and cement the gains made in partnership with key players in the city economy over the years,â€ the mayor also said.

Another major milestone was the purchase of a truck worth US$25,000 through funding from the countyâ€™s Social Development Fund. The city government also received a large consignment of cleaning equipment and tools donated by Arcelor Mittal and AccessBank to buttress the cityâ€™s efforts in garbage collection and waste management.

Due to the deplorable garbage and waste situation, and breach of contract, the city was forced to cancel an old Memorandum of Understanding with waste management firm N.C. Sanitors and Services. Hynes said the city inherited 22 volunteer workers from the sanitation company, but they currently have 80 persons on our payroll.

Limited fiscal intake was also a major challenge for the city corporation during the period. Mayor Hynes disclosed that his administration met only US$3,000 and L$100,000 in both bank accounts of the city government, adding that the amount could neither pay volunteers nor administrative staff for two months.

But in its effort to address the financial constraints, city authorities turned to the shipping company, Bollare, for two yearsâ€™ future payment of its US$100,000 annual royalty to the city under the MoU between the two entities. But the city soon discovered that the company had already paid that amount to the previous city administration.

With this and further support from other partners, â€œAll financial debts and responsibilities were settled in 2019 by the city corporation,â€ according to Mayor Hynes.

The mayor expressed hope that the city corporation will address the garbage challenge in 2020 through the establishment of a garbage collection unit in all communities, which would also help alleviate the malaria crisis and other diseases.

For 2020, the city also plans to add a new children’s playground to an existing shopping center, improve human resources of the corporation, and construct a 30-bedroom structure for the entertainment and accommodation of travelers and visitors to the city.