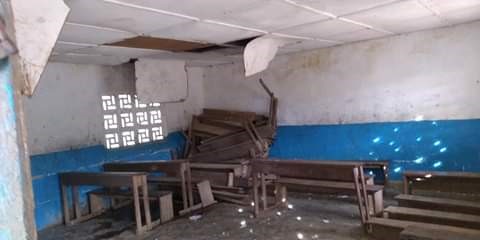 TUBMANBURG, Bomi â€“ The auxiliary group of a senatorial aspirant, Adama Soko Dorley of Bomi, has begun renovating a number of public and private schools across the county. The process, which commenced with the Gbah Jakeh Public school, is expected to impact 52 public and private schools across the countyâ€™s five administrative districts, according to Musa Ballo, the spokesperson of the group.

On Tuesday March 3, Guie Town Public school received a donation of materials, including sliding window glasses, cement bags, roofing sheets, and other materials to kickstart renovation of the schoolâ€™s facility.

In a conversation with The Bush Chicken, Ballo said the gesture was Dorleyâ€™s way of helping create a more conducive learning environment in schools across the county.

â€œMr. Dorley wants to see that our children have relaxed minds whenever they come to learn,â€ Ballo said.

â€œThis man is coming into Bomi County body polities not to enrich himself, but to see to it that the lives of the people are transformed, and that better learning environment and empowerment of local farmers become a reality in the county.â€

Dorleyâ€™s interest in supporting schools in the county followed his recent tour of the county when he noticed children learning under extremely unsafe, unsanitary, and dilapidated conditions and structures, which were likely hindering their ability to learn.

A school administrator at Guie Town Public School, Princess Lincoln, was especially joyful for Dorleyâ€™s support to her school. For too long, she said, the staff at the school have suffered to teach during the rainy season because their facility experiences leakages that force them to cancel classes early.

â€œI will take this time to appreciate Mr. Adama Soko Dorley for rescuing us, because during the rainy season we donâ€™t sit in here, because all of the zincs can be leaking,â€ Lincoln said.

Although Dorley and his team are focused on renovating schools and classrooms, their interventions also extended to the agriculture sector. The team began distributing farming materials in an effort to empower local farmers in Bomi.

Farmers scattered across 110 towns and villages in Bomi will benefit from farming materials. These include the major towns of Bola, Dasalamu, Votter Town, Kamara Town, Seah Town, and Layon Town. The materials distributed include cutlasses, rain boots, hoes, wheelbarrows, and shovels.

Massah Sao, a local farmer who received some farming materials from the Dorley team, thanked Dorley for â€œa higher level of support and encouragementâ€ that will allow him and other farmers to put more time in investing in the soil. 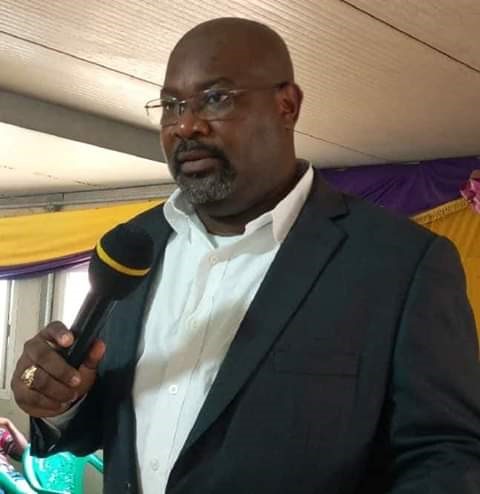 Dorley currently resides in the United States and is expected to be in Liberia in March 2020 to renew his engagement with citizens of Bomi through other programs, including microloans and youth empowerment. Dorley is among the few persons eyeing the countyâ€™s senatorial seat in the pending senatorial elections.

The likes of Lahai Gbabye Lansana, incumbent Senator Sando Johnson, Zobong Norman, Ousman Dukuly, and former House Speaker Alex Tyler have also hinted at their interest in the countyâ€™s seat, setting off a potentially intense political thunderstorm that will end only after Oct. 2020.

Sharing
Tags Adama Dorley
Contributions to The Bush Chicken are not tax deductible.