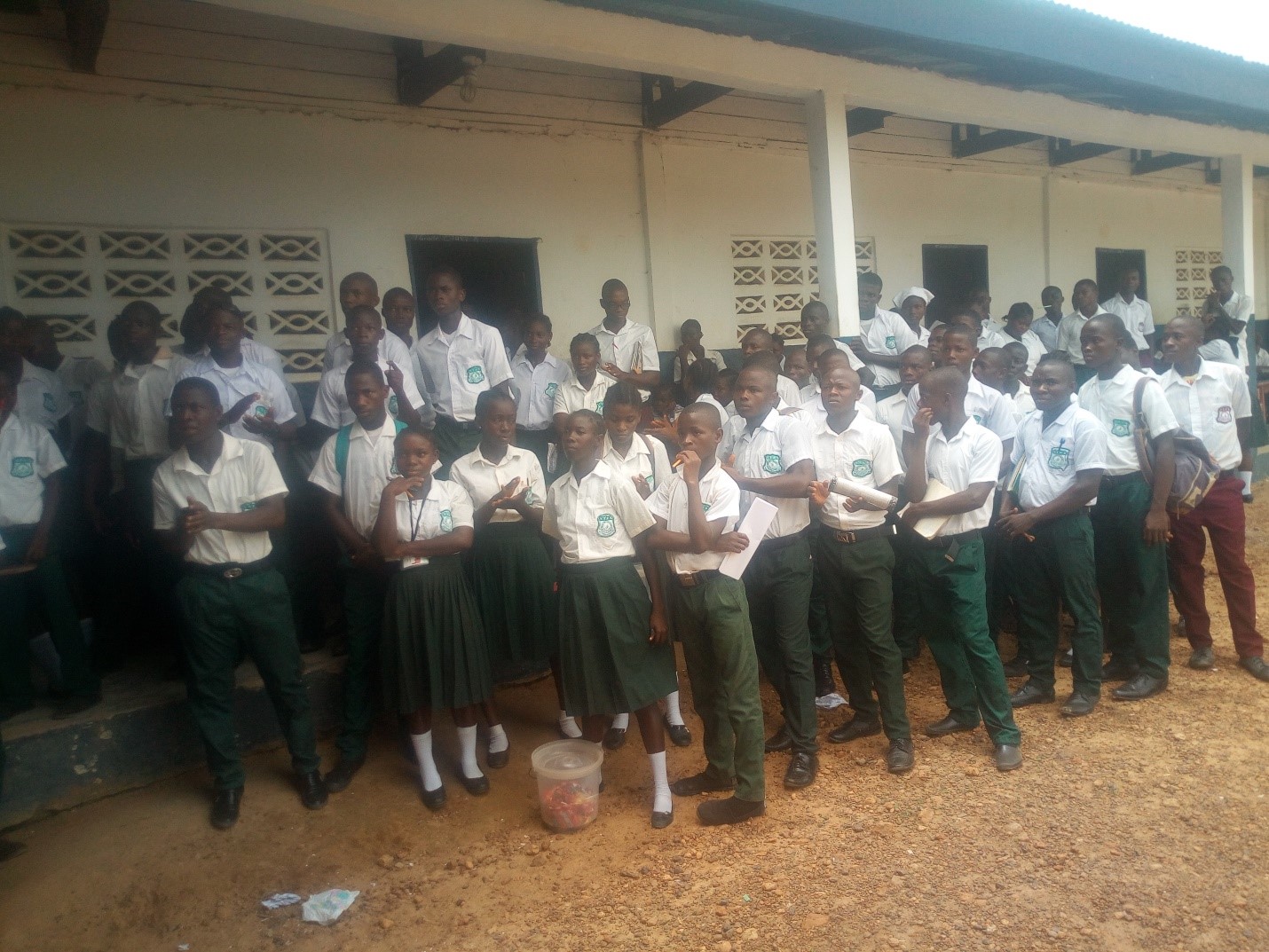 YARPAH TOWN, River Cess â€“ Public school students in River Cess returned to school for the first time since the new year on Monday, after teachers reached an agreement with education authorities.

Public schools in the county remained closed for two weeks, as some teachers demanded the payment of five-month salary arrears.

The teachers association said the remaining 119 teachers were paid through Mobile Money. However, those teachers also decided to join the protest in solidarity with their colleagues.

During a meeting held in Cestos on Friday, January 17, the county education officer of River Cess, Mick Myers, appealed to the teachers to return to the classroom while he engages the relevant authorities on behalf of the aggrieved teachers. He assured the teachers they would soon receive two months of the money owed them.

â€œIt is unfortunate that things have to go the way [it is] going, but it is not our desire that people will work and not get their salaries on time,â€ he said.

â€œWe just have to appeal to the teachers and not to force nor threaten them because we all understand the situation.â€

The county education officer sounded more moderate when dealing with the aggrieved teachers, compared to his human resource officer, Jacob Kouviakoe, who earlier accused the president of the teachers association in River Cess, Peter Gargar, of inciting the teachers in the county against the government.

After Fridayâ€™s meeting, which lasted for more than four hours, the teachers agreed to return to the classroom. However, they have said if their demand was not met by February 5, they would return to protesting.

â€œWe have told the teachers that we are going to Monrovia to engage relevant stakeholders for their salary arrears,â€ said Gargar, the president of the teachers association.

Parents of students attending public schools in the county are worried about the impact of the protest on their children, who need to prepare for this yearâ€™s West African Senior Secondary Certificate Exams.

One of the parents, Rebecca Ziankan, feared that a prolonged stay out of school could lead many students to fail.

â€œTwo weeks now, our children are not in school and theyâ€™re supposed to be going for [the West African Examinations Council tests]. This is not good at all, and the local county authorities of the county are not saying anything about it,â€ Ziankan told The Bush Chicken.

George Trokon, the head of the civil society organizations in the county, says the current crisis is occurring because county officials are not serious about resolving the issue. He suggested that while the central government stalls in paying teachers, the country could use other revenue sources to fill the gap.

â€œThey are collecting royalties for natural resources leaving the county on a daily basis but when there are problems like these, they remain quiet,â€ he said. â€œThe teachers are human beings that have their families as well so we canâ€™t blame them.â€