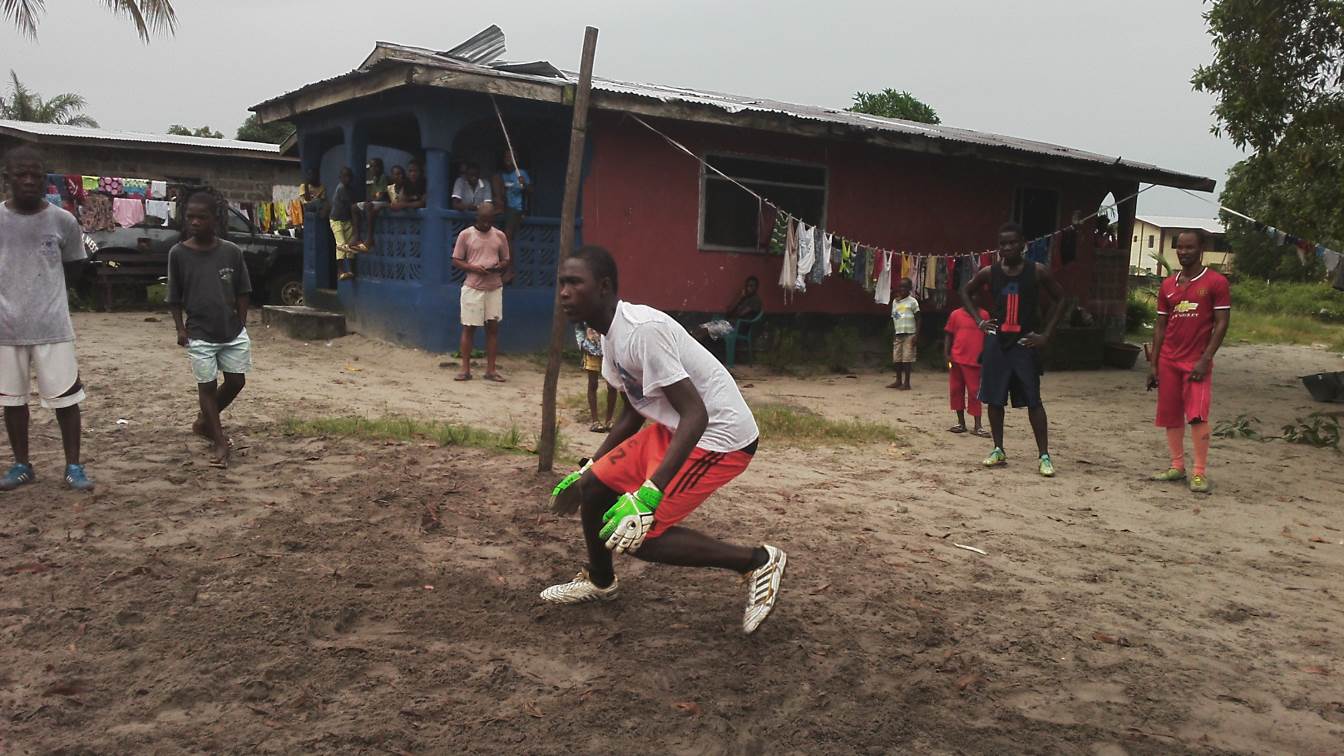 The 16-year-old appears to be well on his way up after an impressive performance, despite his lack of experience.

â€œHe could be the next premier goalkeeper of the Lone Star of LiberiaÂ if he is given the necessary attention or given the opportunity to attend any football academy outside LiberiaÂ since we do not have such here in Liberia,â€ said George Nah, a trainer of the second district.

Nevertheless, the wunderkind was calm and poised throughout, despite anticipations the game would be tough. He neither appeared deterred by big name players who have made their mark in Liberian football nor distracted by the excessively cheerful spectators.

Although his opponents managed to find the back of the net in the 82nd minute following a defensive blunder, Folleyâ€™s fearlessness delivered an amazing performance.

Folley is currently a high school student who is using his talent to acquire education through a scholarship. He told The Bush Chicken in an exclusive interview that his dream to be a goalkeeper began as a young child when he was the only person among his friends who desired to play the role.

He explained that many at times, he was tempted to quit because of the negative remarks his friends made towards goalkeeping. They would make provocative statements about him saying his colleagues including that a goalkeeping career was not as important as other roles in football because the chances of getting professional contracts were much slimmer.

Folley also described his lifestyle which he said was one without much food whenever he went for practice sessions or attended school, due to his relatively underprivileged upbringing.

On a lighter note, he said that he has been encouraged on a daily basis by his parents to remain focused towards achieving his dream, even though they can not afford much financial support.

â€œThank God for my parents, especially my father who is behind me every day and encouraging me to go to school and play football as a career,â€ Folley said.

While he now plays for Keitrace FC reserve in the third division league, the future appears bright that this young goalkeeper just might make his parents and country proud in the near future.