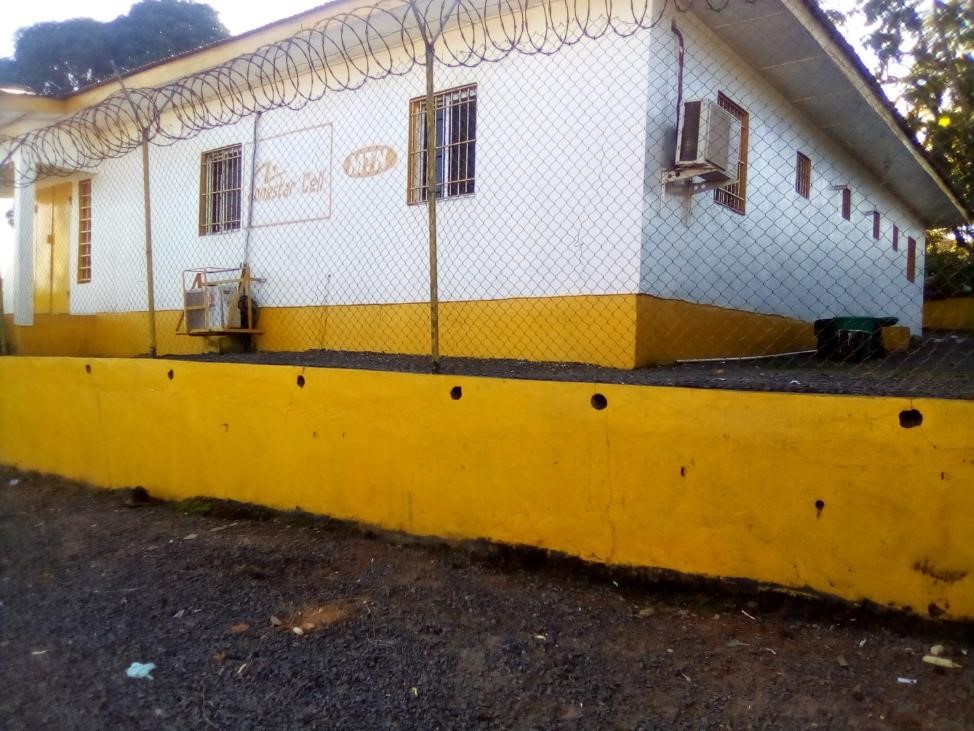 TUBMANBURG, Bomi – An employee of Lonestar Cell MTN has been reported dead after he was attacked in the compound of the company in Tubmanburg.

Shortly before his demise, 40-year-old Armah Kaidii had led a team that was supplying the Lonestar compound with fuel, according to the security on duty at the time, Augustine Kanneh. The team arrived just around midnight and decided to spend the night at the telecommunications facility.

“Armah and the other guys came that evening. After they had already served us, they went to the other sites where they usually supply fuel,” Kanneh said. “That same evening, they returned – while on their way, they decided to spend the night.”

At about 3 a.m., Kanneh said Kaidii decided to urinate behind the building. At this time, criminals had forced their way into the fence as they were trying to break through the window to enter the building.

Kanneh continued, “I was sitting at the front of the office that evening and just heard the heavy sound at the back of the building. So I decided to find out, just to note it was Armah [Kaidii] lying down on the ground with a plank right by him, but [he] was unconscious.”

The security guard noted that Kaidii was rushed to the hospital, but due to the severity of his condition, he was later referred to Monrovia, a distance of over 100 km. Kaidii, who was a fuel distribution supervisor for LonestarCell MTN, died before he could reach a hospital in Monrovia.

A medical report obtained by The Bush Chicken noted that the back of Kaidii’s head had been cracked by the blow he suffered. The Liberia National Police’s Bomi detachment continues to investigate the case.

Sharing
Tags LonestarCell MTN
Contributions to The Bush Chicken are not tax deductible.