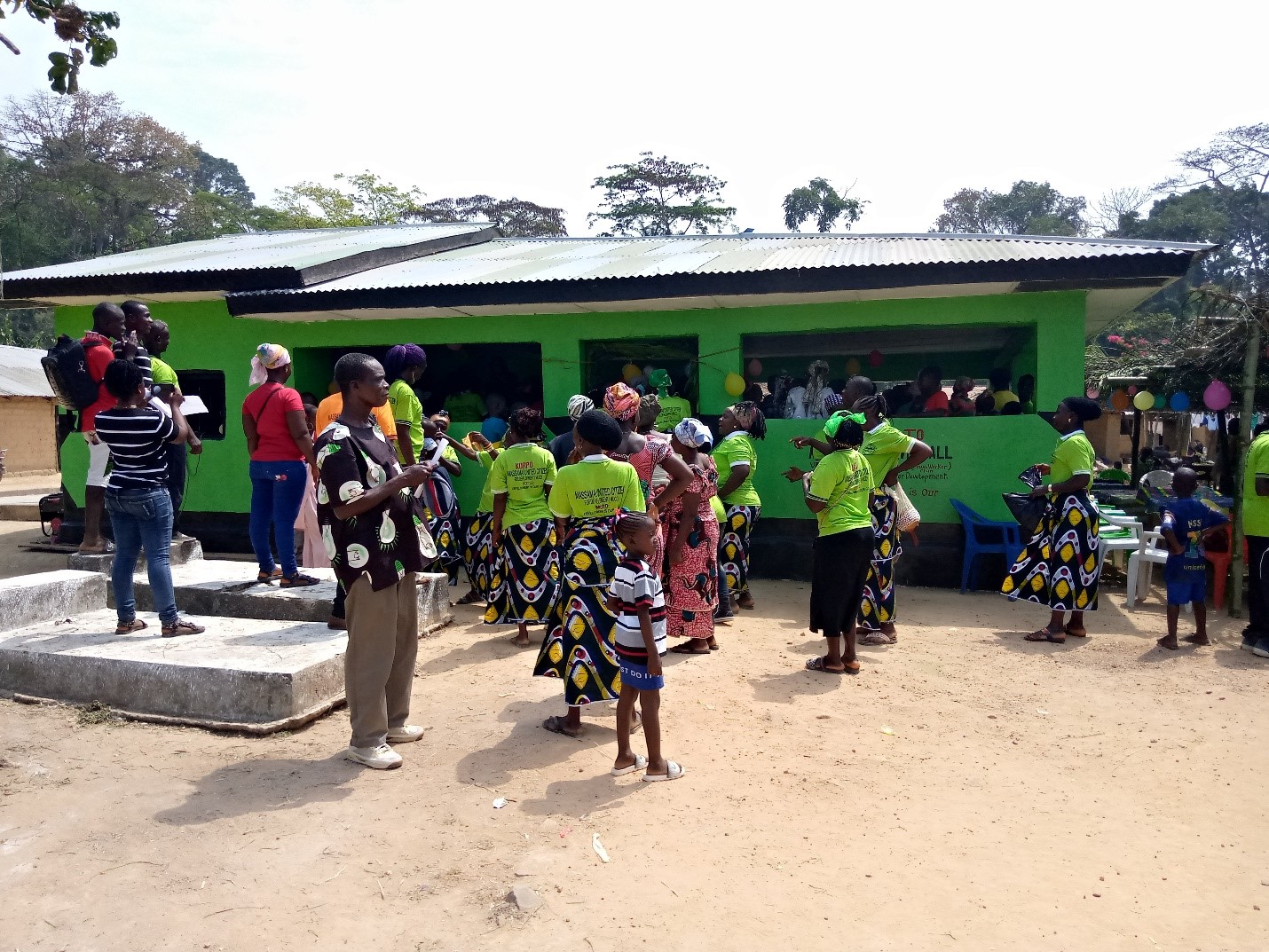 VOINJAMA, Lofa â€“ Citizens of Massamai in Voinjama district have dedicated a town hall funded and constructed by residents. The estimated amount spent on the project is US$1,535 and the project began in 2014.

At the dedicatory ceremony on Tuesday, February 11, the chairman of the project, Aaron Kollie, said the success of the town hall construction was solely through the contributions of residents. He also praised stakeholders, including Lofaâ€™s fourth district representative, Mariamu Fofana, for donating four bundles of metal roofing sheets.

“Since 2005, when we returned from 14 years of civil conflict, [CHF International, now known as Global Communities] constructed a temporary town hall for us, but we observed on the other hand that there was a need for us to construct a town hall on our own, which we embarked on up to this level,â€ Kollie said.

He praised the youths and women of the town for their tremendous efforts in ensuring the completion of the project.

Massamaiâ€™s town chief, David Korvah, said residents used their talents and resources to achieve the development: â€œToday, we are indeed grateful to God for this self-help initiative by us, which has sent the message of unity to the entire world, and we are proud to be called Massamai citizens united for development.â€

Lofaâ€™s assistant superintendent for development, Samuel Mulbah, who delivered the groupâ€™s keynote address, noted that the successful completion of the town hall construction of the citizens shows how they are committed to maintaining the countryâ€™s peace.

â€œI am happy for Lofa citizens to be thinking in such dimension of developing their own environment, and not depending on [the] national government,â€ Mulbah said.

â€œI want to thank all of you for this project, and even the number of people that have come to fund part of the dedication ceremony tells me that Massamai citizens are peaceful.”

The assistant superintendent for development encouraged the citizens to always remain engaged with one another in order to attract more essential development.

Voinjama districtâ€™s commissioner, Albert Salee, officially cut the ribbon for the project. He lauded the citizensâ€™ initiative and promised to continuously work with them in achieving more.

â€œI pledge my loyalty and hands of support to any town in the district that sees development as [a] major priority,â€ Salee said.