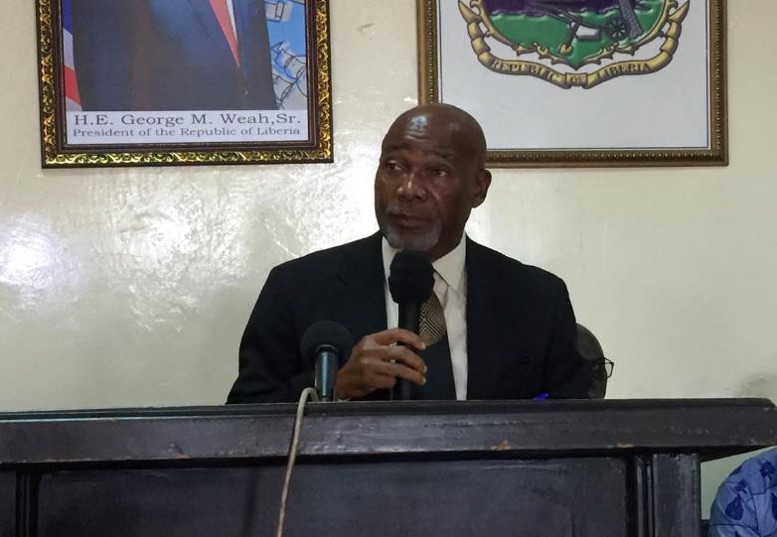 MONROVIA, Montserrado – The Center for National Documents, Records and Archives has clarified that singles certificates have always long been a requirement for marriage in Liberia.

CNDRA’s Director General Neileh Daitouah made the disclosure at the regular Information Ministry press briefing on Thursday, February 21. Daitouah said prior to September 2018, individuals were charged up to US$150 to obtain singles certificates. However, he said President George Weah’s administration reduced this amount to US$15.

The clarification comes amid public criticism that CNDRA’s requirement of the singles certificates for individuals wanting to get married was simply a scheme to raise revenues for the government.

The bachelorhood or spinsterhood certificate, as it is officially called, is meant to serve as proof that an individual seeking to get married is not already married to another man or woman, the director general said. Daitouah added that the document can also be used against individuals who want to enter another wedding when the previous wedding has not been dissolved. He said the marriage registrar reserves the right to object to a marriage if the parties do not meet the minimum requirements.

“As an agency of government that is responsible for the issuance of marriage certificates, we believe [that] it is prudent to develop the requisite procedures and policies that are necessary to protect the innocent citizens and safeguard the image and integrity of the agency. Future litigation may arise as a result of issuing marriage certificates to individuals whose marital status cannot be verified by the agency,” he also noted.

Singles certificates are required in countries like India and the U.S. when a non-national decides to get married in a foreign country. Such persons are generally asked to produce legal documentation from his or her country of citizenship, verifying their single status. In other countries like Nigeria, the document is known as ‘Certificate of No Impediment.’ However, Liberia’s case is unique in that the country requires citizens to obtain the singles certificate as a prerequisite to obtaining a marriage certificate.