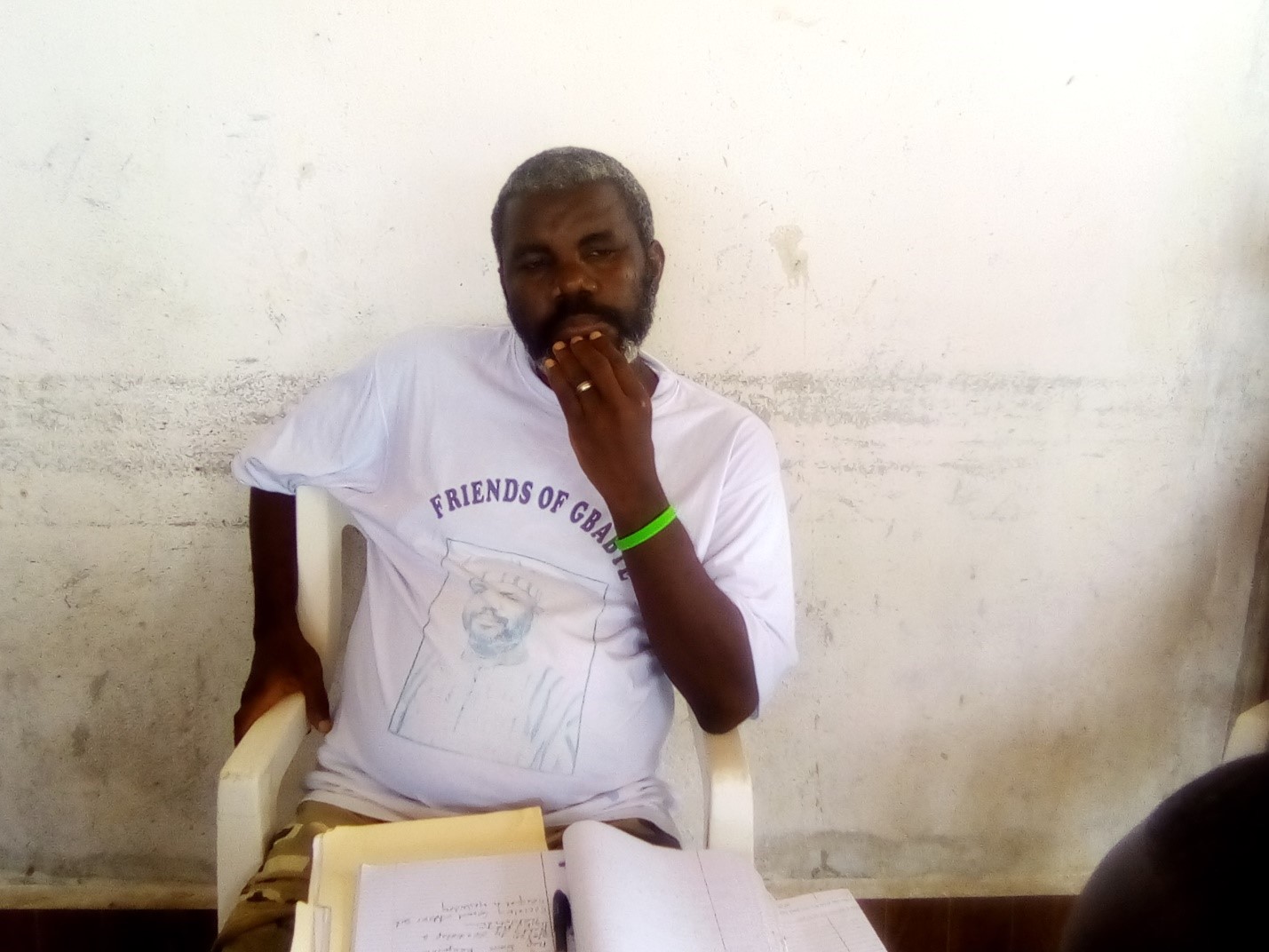 TUBMANBURG, Bomi – Former Bomi senator Lahai Lansanah says he will no longer be contesting the mid-term senatorial election after being betrayed by the opposition Collaborating Political Parties, which he believes will select Sen. Sando Johnson as its candidate in the upcoming senatorial elections.

Johnson, until June, was a member of the National Patriotic Party, a constituent party of the ruling Coalition for Democratic Change. However, FrontpageAfrica reported that the incumbent senator acknowledged that he was discussing with the CPP about becoming the opposition’s chosen candidate for Bomi in the Dec. 8 election.

On Saturday, Lansanah, the former Bomi senator and current head of the Unity Party in Bomi, gave a press conference where he said his decision to no longer contest the senatorial election came after consulting with members of the party in Bomi.

“They all in that meeting agreed that since the party has betrayed me and I cannot go as independent, I should convince Rep. Edwin Snowe to contest as [an] independent and we will fully support him.”

Lansanah is mainly blaming former vice president Joseph Boakai, the standard-bearer of Unity Party, of helping push the party against him without being open about his intentions.

“If the party is taking any decision, they’re supposed to tell me,” he noted, accusing Boakai of giving him “misleading information.”

He threatened that he would pay back Boakai for the betrayal at the CPP convention scheduled for August this year. Lansanah is also threatening to resign from Unity Party, based on the level of disrespect and humiliation he perceives was meted against him and Rep. Edwin Snowe by the CPP.

“This is my letter of resignation. I will not send it in now, but I will resign,” he said.

Snowe, who represents Bomi’s first district, recently resigned from the Unity Party. Although Snowe’s resignation letter contained no explicit reason citing the CPP’s apparent decision to back the incumbent Sando Johnson over Lansanah for the county seat, Lansanah insists that this was the reason for Snowe’s resignation.

“It is because of the disrespect from the CPP to me that Rep. Snowe resigned, so because of that betraying spirit, I will resign,” he said.

Lansanah said there were plans to eventually form an ‘independent alliance’ in Bomi that would put forth candidates that can adequately serve the citizens of the county.

Sharing
Tags Lahai Lansanah
Contributions to The Bush Chicken are not tax deductible.