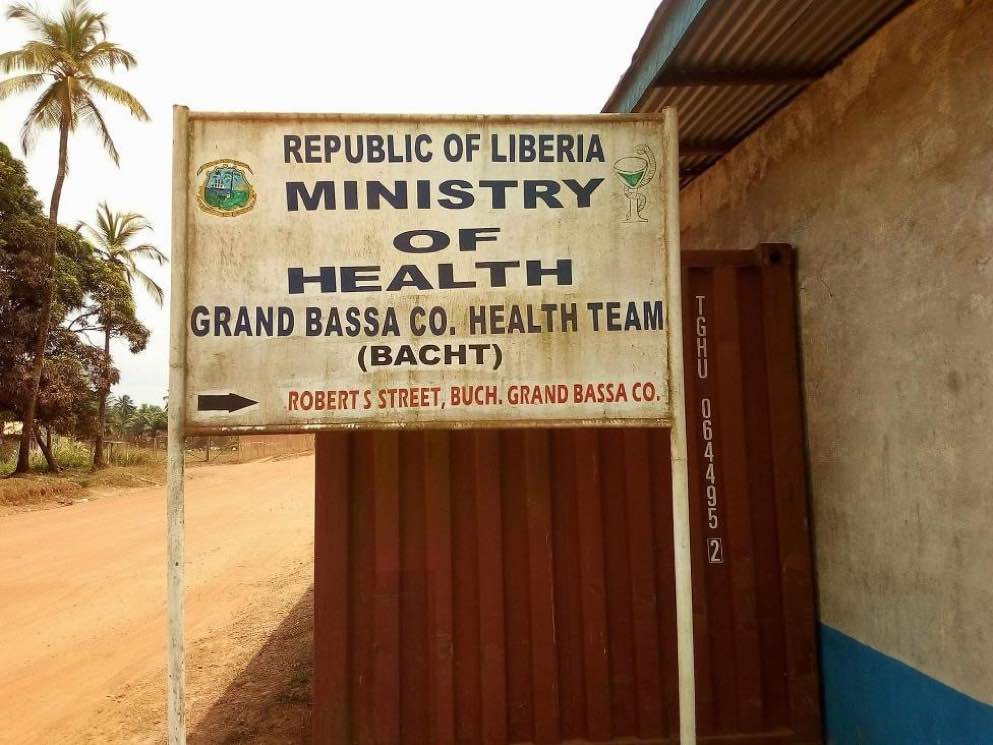 BUCHANAN, Grand Bassa – Health authorities in Grand Bassa have revealed numbers that show a significant decrease in the utilization of health services in the county during the COVID19 outbreak. Most notably, it shows a 22.5 percent reduction in the number of children vaccinated from the first three months of the year to the first three months of the COVID-19 lockdown.

Grand Bassa’s county surveillance officer, Gabriel Cassey, presented these figures at the extraordinary county development council sitting held in early August. The figures represented data from the county’s 34 health facilities – 26 of which are public and 8 of which are private. Among these facilities are three hospitals (two private and one public).

The number of people visiting health facilities also dropped, Cassey said. From 59,219 visits to the health facilities during the first three months of the year, the visits dropped to 52,729 during three COVID-19 months under scrutiny – a reduction of 11 percent.

Surprisingly, the number of women seeking antenatal care increased by 10.6 percent from 1,211 visits to 1,339.

Although the numbers were not compared to figures for the same period in the previous year to account for expected seasonal changes, Cassey concluded that COVID-19 had significantly impacted the health sector: “The number of children vaccinated during this three-month COVID-19 period dropped [by] 23 percent due to fear, misconception, and refusal of the immunization program by people.”

“This means the COVID-19 pandemic had a serious impact on our health system,” he added.

After his presentation, Cassey drew attention to the debt incurred by the Grand Bassa County Health Team due to the pandemic, noting that the county now owes US$16,324 for motel and catering services for those it placed under precautionary observation. The county had hired a motel in Kpandy Town, Buchanan to quarantine contacts of those who were diagnosed.

Cassey noted that the central government had not allocated enough funds to the county to ensure that it could meet the health needs of its residents. In fact, he said there was a reduction in funding, from US$345,000 in the 2016-17 fiscal year to US$100,000 in the 2019-20 year.

Cassey’s calls were buttressed by Dr. John Yarngroble of the Liberian Government Hospital, who pointed out that the county’s only public hospital regularly lacked essential medicines and financial support.

“If there will be nothing [else] available to the Liberian Government Hospital, ultrasound machine should be made available.”

Yarngroble said doctors at his hospital are riding commercial motorcycles to go to work daily even though a year ago, “we were told that two vehicles were to be made available for medical doctors at the hospital.”

“We think we have been unfairly treated,” the doctor added.

During the reopening of the hospital in last October, the minister of state for presidential affairs, Nathaniel McGill, told the medical director at the Liberian government hospital, Dr. Abraham Jawara, he would work with the minister of finance to make a vehicle available. Dr. Jawara told journalists early this year that he has tried as much as possible, but no vehicle has been provided by the Finance Ministry.

The Liberian Government Hospital’s Yarngroble also highlighted the difficulties in accessing the full amounts budgeted for the hospital in each fiscal year – with under 45 percent of the budgeted funds being transferred to the hospital over the past two years.

“So, if you have the only referral hospital in this region receiving allotments of such, where do you expect us to go?” he said. “The challenges are numerous. We receive drugs on a quarterly basis and before the first month ends, we have exhausted all the drugs. Then we prescribe drugs for patients to buy.”

In response to the report from the health practitioners, Grand Bassa’s Sen. Nyonblee Karnga-Lawrence told authorities at the hospital to prepare a plan or program that will detail the usage and money needed to run the hospital.

“First of all, I am disappointed with the report from the Liberian Government Hospital because to me, it didn’t say anything and that has been my line of advocacy even at the level of the Senate,” she said. “In this country when the national budget is presented, you see no programs, you only see figures – that makes it very difficult for the lawmakers who have the responsibility to advocate and track. It makes it very difficult for you to see accountability and transparency.”

She added, “To upkeep the government hospital is [a] national government responsibility, but we have to do some intervention because those daily essential drugs and equipment that are needed to help our people are not there.”

The third worst-affected county after Montserrado and Nimba, Grand Bassa recorded 49 total COVID-19 cases, with no deaths and 47 recoveries so far. Over 83 percent of those cases were from the Liberian Agricultural Company.