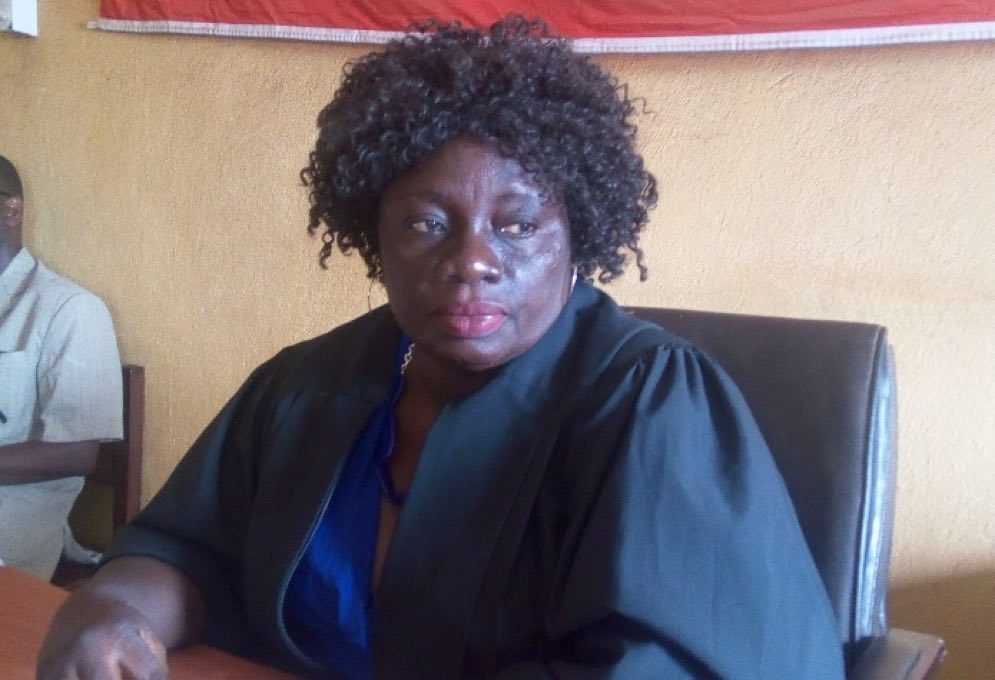 KAKATA, Margibi â€“ As the February Term of Court opens across the country, many judges, magistrates, and court officials continue to voice strong dissatisfactions over the effects of the recent salary harmonization policy which has significantly slashed their salaries and benefits.

The latest officer of the count to echo this objection is the Resident Judge of the 13th Judicial Circuit Court of Margibi, Mardea Tarr-Chenoweth.

Delivering her official charge recently at the start of the February term of court, Judge Chenoweth titled the opening statement as a rebuke of the policy, noting that the governmentâ€™s policy may create unintended pinch for judges and other court officers.

The effects of the harmonization policy approved on October 4, 2019, according to Judge Chenoweth, has been a lump sum reduction in judgesâ€™ remuneration packages across the board, which includes their take-home salaries, subject to a further 16 percent cut under a rigorous tax regime. This is despite the fact that, according to the judges, their salaries are constitutionally protected.

According to Article 72(a) of the constitution, â€œJustices of the Supreme Court and all other judges shall receive such other salaries, allowances, and benefits as shall be established by law. Such salaries shall be subject to taxes as defined by law, provided that they shall not otherwise be diminished. Allowances and benefits paid to justices of the Supreme Court and judges of the subordinate courts may, by law, be increased, but may not be diminished except under a national program enacted by the Legislature.â€

Judge Chenoweth and her colleagues have since argued that the decision to cut judgesâ€™ salaries was flawed and insufficient. If, as claimed by authorities of the Ministry of Finance and Development Planning, that payroll reforms were primarily intended to standardize pay categories and grades across government and reduce governmentâ€™s total wage bill, while reducing disparities in salaries, then judges salaries needed not to be touched because they already make reasonably modest amounts in pay.

Furthermore, no law may contravene the intent of the constitution, as envisaged by its framers with regards to judgesâ€™ salaries, the judge said.

Unlike in other jurisdictions, such as the United States, where judges are well paid, judges in Liberia struggle to get by. They often preside over judicial matters with huge financial and monetary implications while being paid modestly. Judge Chenoweth worries that such a situation may affect judgesâ€™ ability to fairly and independently rules in cases and protect the fundamental rights of all.

â€œAny adjustment to their salaries must follow the simple principle of fairness and consideration of the Law which stops them from engaging in any other business,â€ she said. â€œThe same reasoning applies to Liberian judges. For instance, Judicial Canon Six states in part that the judge is a government-paid official and must be paid adequately; he holds an exalted position which prevents him from engaging in any business pursuit.â€

The situation of magistrates and associate magistrates is even more telling. Their salaries are so low under the new salary scheme that it is difficult to take up insurance on their behalf, as insurance premiums could eat deep into whatever little disposable income may remain following taxes. The situation, Judge Chenoweth said, is untenable.

She described the harmonization policy as â€œunfortunate,â€ â€œunfair, and non-equitable,â€ warning that under current dire economic conditions, judges and magistrates are likely to become demotivated and may seek other means to survive. Such a situation, she fears, may have the effect of undermining the integrity and independence of the judiciary.

However, Judge Chenoweth called upon her fellow judges to remain committed to the utmost standards of law and justice, as the Supreme Court continues to dialogue with the executive branch for a more amicable solution to the situation.

Sharing
Tags Mardea Chenoweth
Contributions to The Bush Chicken are not tax deductible.