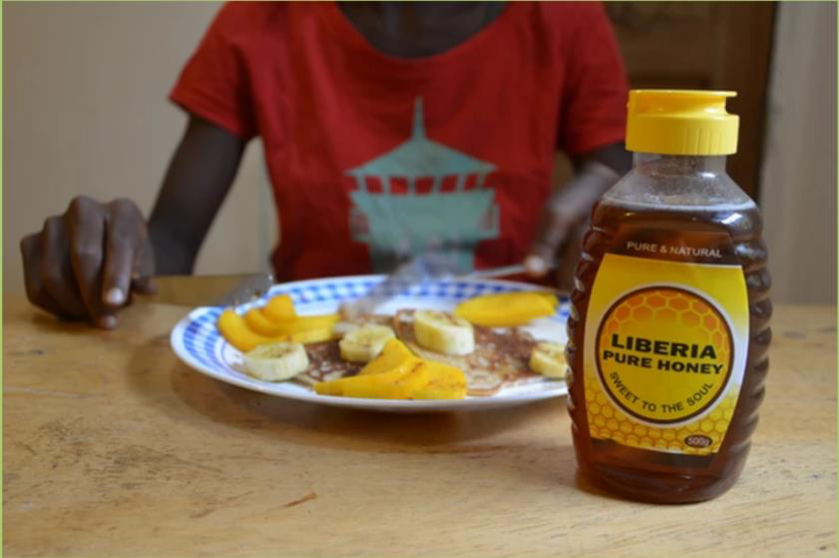 MONROVIA, Montserrado â€“ On October 26, a locally produced honey from Liberia was awarded first prize in a category at the National Honey Show held in England, the United Kingdom.

Gladys Freeman, the co-owner for Liberia Pure Honey said in a press statement that competing against honey from across Africa, the business entity won the prize because of its superior aroma, taste, and viscosity. The products are currently available in supermarkets and markets throughout the country.

According to the National Honey Show, Liberia Pure Honey won first place in the category of Charitable Organization Working with Beekeepers, beating out finalists from Kenya, Uganda, Tanzania, and Ghana.

â€œSince Liberia Pure Honeyâ€™s inception, we have been committed to producing a world-class product which would make us stand out, so itâ€™s not a surprise that we would emerge as number one,â€ Freeman said in the release. She said honey is a gift and a blessing, adding that her business treats bees and the land with the respect they deserve. She, therefore, dedicated the award to the hard work and commitment of her employees and beekeepers of Liberia.

â€œWe view the award as belonging to all the employees of Liberia Pure Honey, the beekeepers of this nation and Liberia,â€ she said.

Freeman said Liberia Pure Honey wants this award to be a source of inspiration to all Liberian-owned businesses: â€œthe award demonstrates that Liberia has the resources to produce premium products that can compete on an international stage.â€

She said the award has delighted owners of Liberia Pure Honey, who focus on sustainability and aim to grow the business alongside the Liberian beekeeping industry. Freeman said her company began purchasing honey from farmers in 2012 as a means of helping to create jobs, especially in rural Liberia.

â€œWith very few income generating opportunities outside of the major cities and no local honey in grocery stores, the business entity knew if it created a market for quality honey, more people could become beekeepers and gain an added source of income,â€ she explained.

Freeman said the profits of the business are dedicated to the development of the honey industry with the aim of developing an industry that will improve the lives of people across the country.